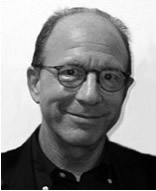 His lecture, "Overplayed, Just Getting Started, or Out of Gas: An art critic looks at where art is, what the market is doing to it and how art is and is not fighting back," explores the current state of the art market.

Saltz is widely recognized as one of the most thoughtful and influential critics working today. In 2007, he was awarded the Frank Jewett Mather Award in Art Criticism by the College Art Association. Recently, ArtReview Magazine ranked him as one of the art world's most powerful people. Saltz, who teaches at Columbia University, The School of Visual Arts in New York and The School of the Art Institute of Chicago, has written for countless arts publications and is author of "Seeing Out Loud: Village Voice Art Columns, 1998-2003" (2003). Other books include "Beyond Boundaries: New York's New Art" (1986) and "Sketchbook With Voices" (1986).

Lecture tickets are $50. A portion of the proceeds benefits the Archives of American Art. For more information about the program, tickets and, or general information, the public may call (202) 633-8768 or visit the Archives' Web site at www.aaa.si.edu.

The Smithsonian's Archives of American Art enlivens the extraordinary human stories behind America's most significant art and artists. It is the world's largest and most widely used resource dedicated to collecting and preserving the papers and primary records of the visual arts in America. Its collections, comprising 16 million items, are the world's largest single source for such information.