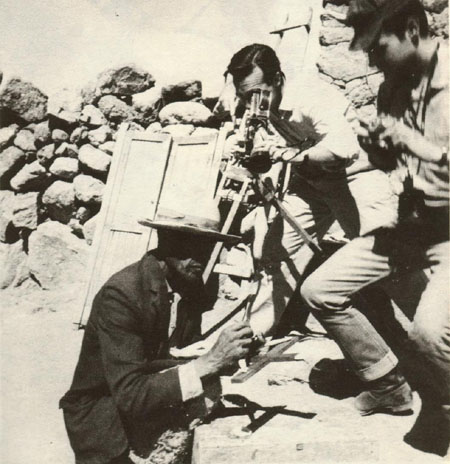 The film will be followed by an onstage conversation about Prelorán’s legacy as a pioneering ethnographic filmmaker with:

This program will also feature comments by Prelorán’s widow, Mabel Prelorán, and the official donation of the newly preserved film from the Smithsonian to the Argentine cultural minister Conrado Solari Yrigoyen.

Hermógenes Cayo (Imaginero) presents the profile of a semi-reclusive folk artist from northwestern Argentina and provides an invaluable record of life in Argentina’s Andean high plateau. As an inquiry into the human experience, the film is transcendent and enduring. Newly preserved, the film can once again be seen as the artist intended. This 52-minute film is narrated in English by Prelorán.

This program is part of the series Argentina at the Smithsonian 2010 and is free and open to the public. This series features more than 20 free public programs between March and December, including tango and jazz concerts, hands-on design programs, film screenings, artists’ dialogues, spoken-word readings, family days and scholarly presentations. For a calendar of upcoming events, the public may visit http://latino.si.edu/newsevents/.