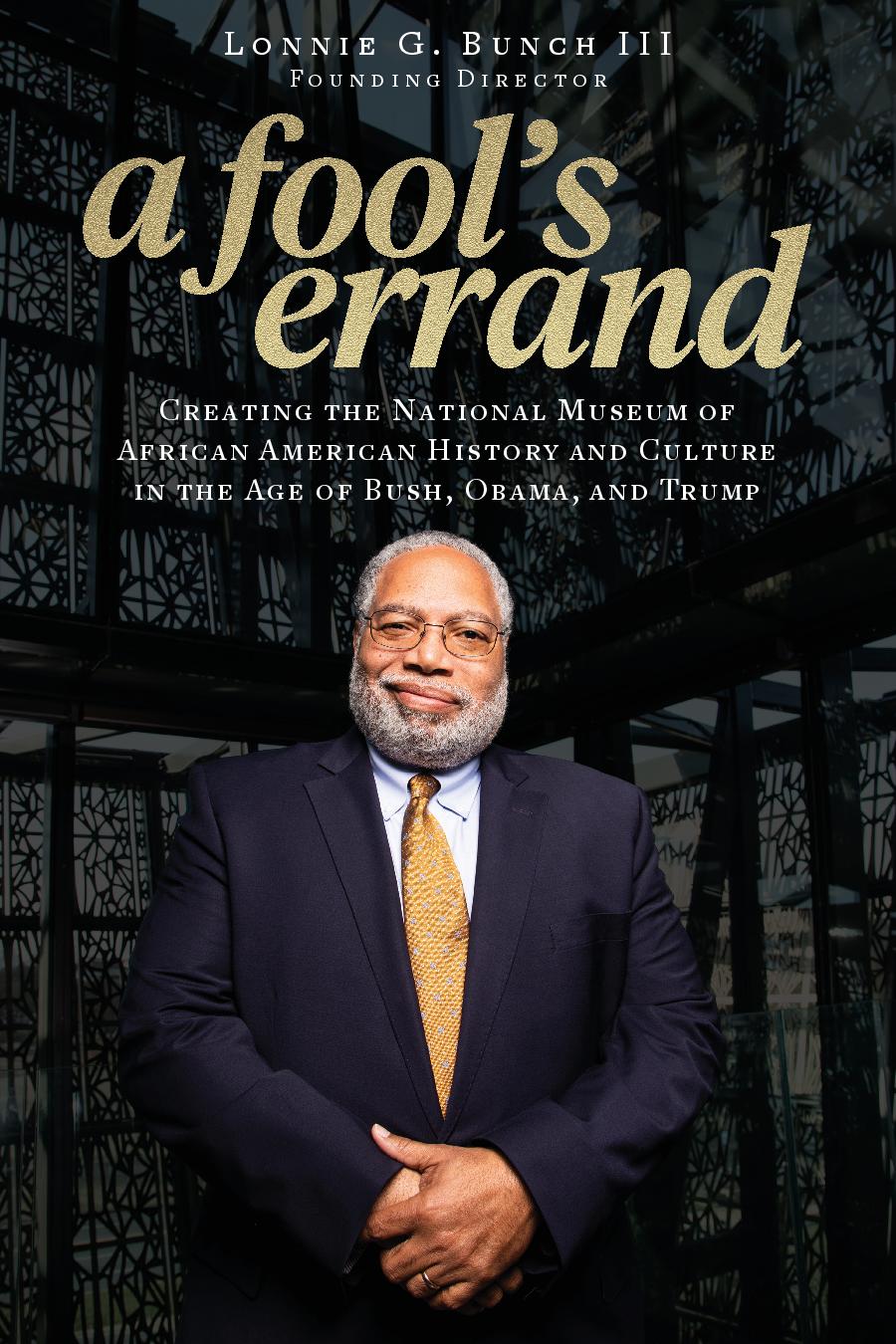 Lonnie G. Bunch III, the Secretary of the Smithsonian, will embark on a second leg of a national tour to discuss his new book A Fool’s Errand: Creating the National Museum of African American History and Culture in the Age of Bush, Obama, and Trump. Bunch visited eight cities to discuss his book in the fall, including New York City, Chicago and Los Angeles. He will visit four additional cities in February and March.

The book chronicles the strategies, the support systems and the coalitions Bunch put in place to build the Smithsonian’s newest museum, one that would attract more than 6 million visitors during its first three years.

During the tour stops, Bunch will discuss the book with journalists and people well-known in that city. The schedule for the February tour is:

Book-tour tickets must be reserved at www.nmaahc.si.edu/nmaahcbooktour. Interested media should RSVP online.

A Fool’s Errand is the story of how Bunch was tasked with leading the team that created what became one of Washington’s most sought-after destinations.

This inside account describes how Bunch planned and managed more than a decade of work leading up to the opening of the museum. This story informs and inspires not only readers working in museums, educational institutions and activist groups, but also those in the nonprofit and business worlds who wish to understand how to succeed in the face of major political and financial challenges.

The book recounts the challenges of hiring a staff, choosing a construction site, commissioning a team of architects, raising more than $400 million, designing exhibitions and building a collection of nearly 40,000 objects. Bunch also talks about his personal struggles, including the stress of a high-profile undertaking that culminated in a grand opening Sept. 24, 2016, with three Presidents and several celebrities on stage before a crowd of thousands on the National Mall.

Since opening Sept. 24, 2016, the National Museum of African American History and Culture has welcomed more than 6 million visitors. Occupying a prominent location next to the Washington Monument on the National Mall in Washington, D.C., the nearly 400,000-square-foot museum is the nation’s largest and most comprehensive cultural destination devoted exclusively to exploring, documenting and showcasing the African American story and its impact on American and world history. For more information about the museum, visit nmaahc.si.edu, and follow @NMAAHC on Twitter, Facebook and Instagram.