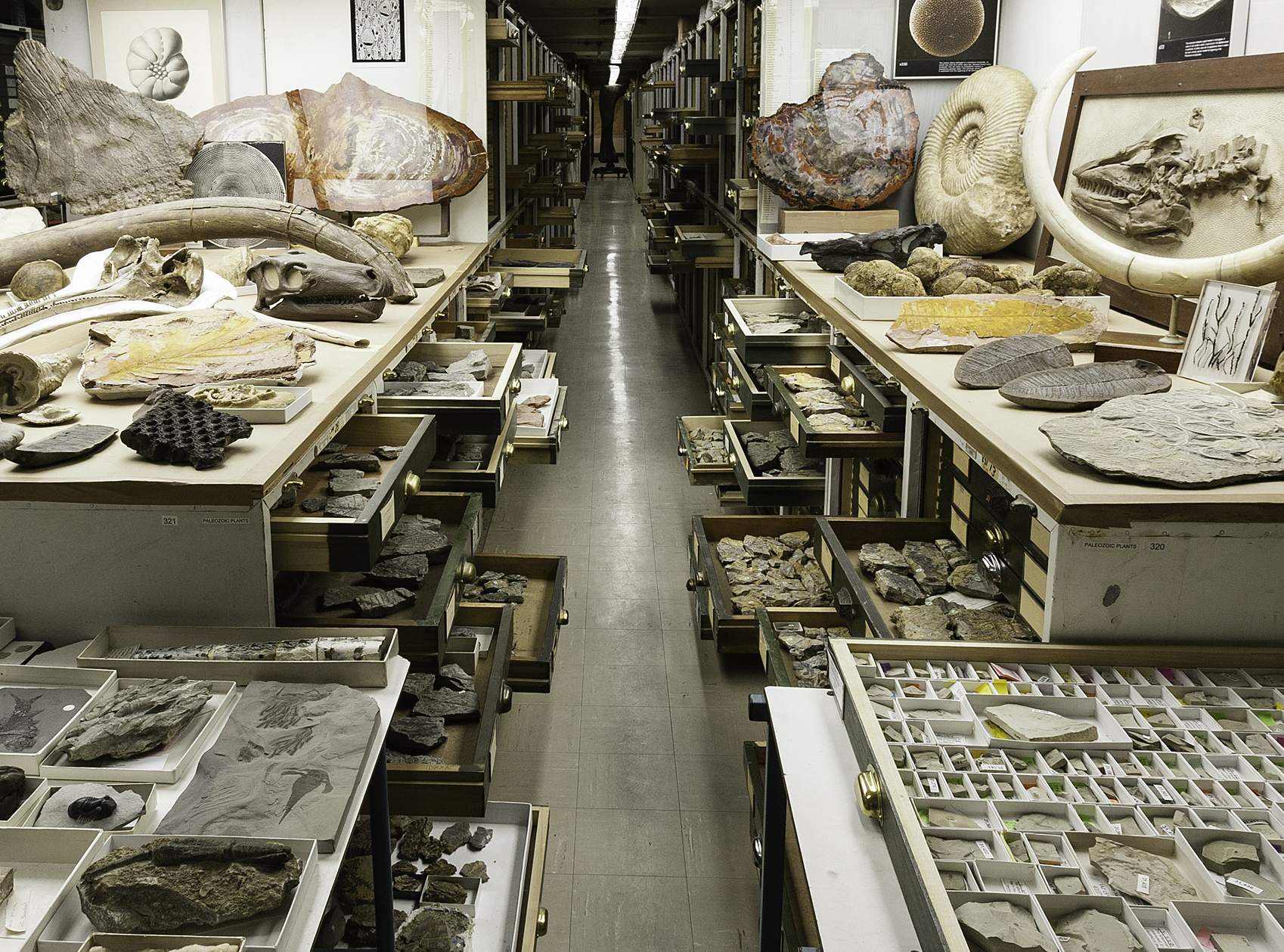 A new analysis of the fossil record by scientists at the Smithsonian’s National Museum of Natural History has revealed that the structure of plant and animal communities changed significantly about 6,000 years ago, around the time agriculture began to spread across North America. The shift disrupted a pattern that had been stable for 300 million years.

“This tells us that humans have been having a massive effect on the environment for a very long time,” said S. Kathleen Lyons, a paleobiologist in the museum’s Evolution of Terrestrial Ecosystems (ETE) program. Lyons is the lead author of the study, which was published Dec. 16 in the journal Nature.

Lyons and her colleagues in the ETE program are exploring how terrestial communities are organized and how their structures have changed over geologic time. The program, created in 1987, takes advantage of data from fossils that its members have analyzed over many decades of research. For the current study, the team focused on a particular feature of these systems: how often a specific pair of plant or animal species is found within the same community.

Analyses of modern communities of plants and animals have found that for most pairs of species, the presence of one species within a community does not influence whether the other is present or absent — but for pairs where there is an association, most occur within the same community less frequently than expected, suggesting some influence keeps them apart. But when Lyons and her colleagues investigated the composition of ancient communities using data from fossils analyzed by ETE scientists, they found exactly the opposite. Their analysis showed that from 307 million years ago, the time known as the Carboniferous period, to about 6,000 years ago, in the Holocene epoch, there was a pattern of pairs of species occurring together within communities rather than being segregated.

The scientists had not expected to uncover such a dramatic switch, Lyons said, but the evidence is compelling. The team’s statistical analyses considered nearly 360,000 pairs of organisms in 80 plant or mammal communities on different continents, including groups that existed up to 307 million years ago as well as modern communities and communities from the recent past. All the data showed a distinct reduction in co-ccurring pairs during the Holocene epoch, the period that continues today.

The Earth’s climate became much more variable during this time, and the scientists wondered whether this might explain the shift. But when they tracked climactic trends that occurred during the periods represented by their fossils, using data obtained from ancient ice and deep-sea cores, they found no evidence that ancient climate variability had caused the change in co-occurence patterns that they observed.

“So we’re left with human impacts,” Lyons said. “We think it’s something that humans do that causes barriers to dispersal for both plant and animal species.”

That idea is supported by data from modern island communities of plants and animals, which show even fewer co-occuring pairs than modern mainland communities. Island data sets, the authors note, are an extreme example of this phenomenon.

Around the time co-occurence patterns changed, humans were becoming increasingly dependent on agriculture—a cultural shift that physically altered the environment and would have introduced new barriers to dispersal. Even at low levels levels of agriculture and other human impacts, there was a detectable shift in co-occurence structure, showing that species were not able to migrate as easily as they did for the previous 300 million years.

“The pattern of co-occurring species remained stable through the evolution of land organisms from the earliest tetrapods through dinosaurs, flowering plants and mammals,” said Anna K. Behrensmeyer, co-director and paleobiologist with the museum’s ETE program and a co-author of the study. “This pattern didn’t change because of previous mass extinctions or ancient climate variability, but instead, early human activities 6,000 years ago suddenly began resetting a basic property of atural communities. Isolating species has consequences — it can catalyze evolutionary change over hundreds of thousands to millions of years, but it also makes species more vulnerable to extinction.”

Human impact on the environment has intensified deeply since that early-Holocene transition, but it is important to understand that we began altering ecosystems long ago, notes Lyons. “I think that modern human-driven forces, like climate change and pollution, are orders of magnitude more destructive than what early humans were doing,” she said. “But more and more, research into the Holocene and the Pleistocene is showing that when humans started migrating around the globe, they started having major, unprecedented impacts.”