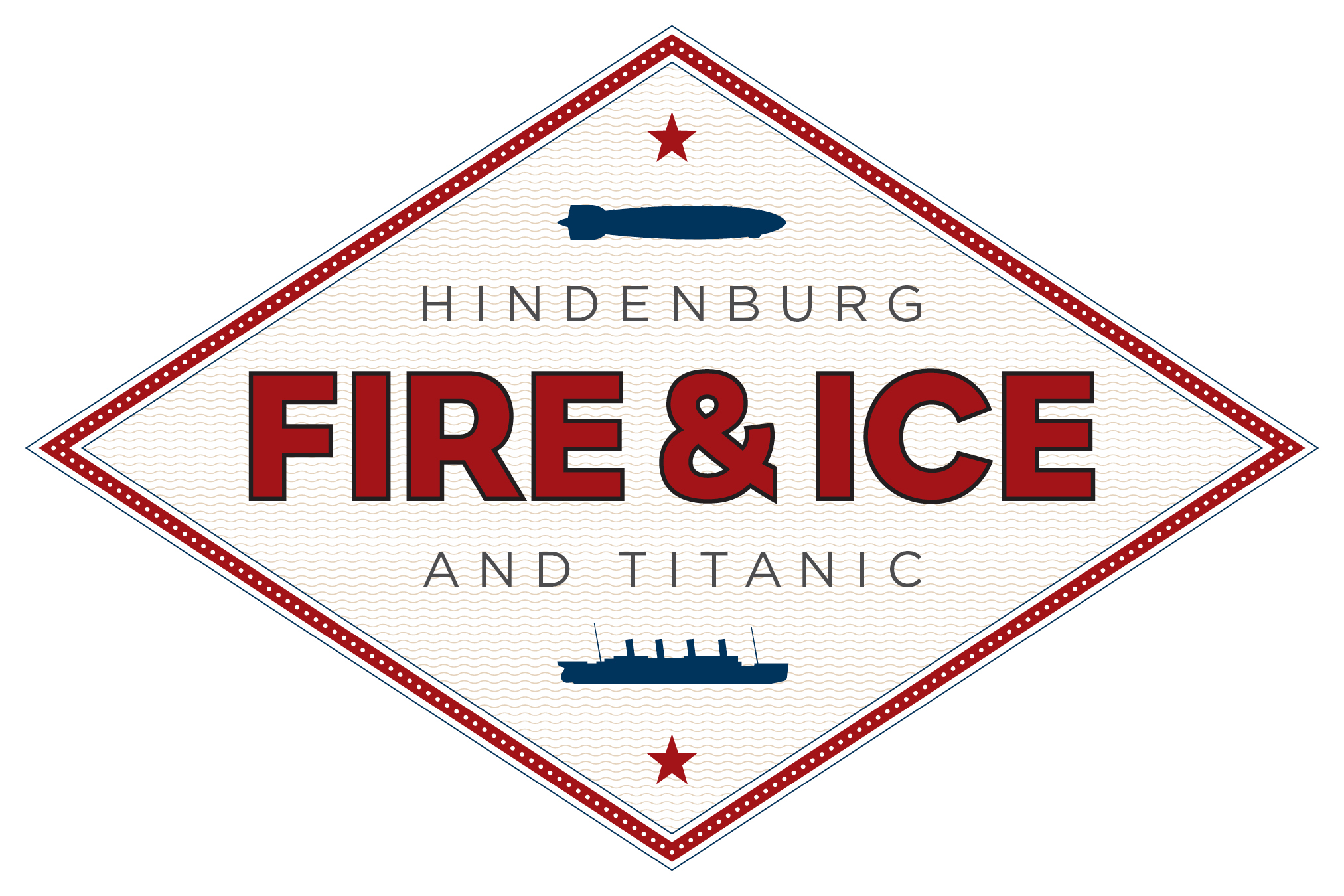 “Fire & Ice: Hindenburg and Titanic,” an innovative new exhibit opening March 22 at the National Postal Museum, will bring together two marvels of transportation. Titanic and Hindenburg served demands for rapid worldwide communication and transportation. Both operated as the world’s largest mobile post offices. Each in its day promised the fastest possible worldwide mail service. Each offered onboard gentility and opulence. Each met a tragic end.

Even though people around the world know thousands of details about zeppelin LZ-129 Hindenburg and ocean liner RMS Titanic, most do not realize the importance of mail contracts to financing their transatlantic journeys. Titanic was the world’s largest floating post office of its day, and Hindenburg still holds the record as the world’s largest flying post office. This year—2012—the National Postal Museum raises visitors’ awareness of the two giant ships’ postal operations with its new exhibit, “Fire & Ice: Hindenburg and Titanic.” And this year—2012—both mark anniversaries. Hindenburg burned 75 years ago, and Titanic sank 100 years ago. The exhibition will be open through Jan. 6, 2014.

“The hundredth anniversary of Titanic’s sinking is an opportunity to reflect on one of the 20th century’s legendary events,” said Daniel Piazza, museum curator for the Titanic-related aspects of the exhibit. “This exhibit approaches the subject from an unusual perspective: the role played by mail before, during and after the ship’s disastrous maiden voyage.”

The exhibit is organized into themes that compare and contrast the large, fast, glamorous ships: 20th-century icons, technological advancements, life onboard, mail ships and disaster. Survivor stories portray the human tragedy associated with each shocking disaster: shocks that reverberate to this day.

“I have researched zeppelin history and posts for decades, so it was exciting to uncover new details and artifacts for this exhibit,” said Cheryl Ganz, museum curator for the Hindenburg-related aspects of the exhibit. “For example, a video interview with Frank Ward, a member of the ground crew at the moment of disaster, and the pocket possessions of Peter Belin, a passenger who jumped from Hindenburg, add new insights to the final moments.”

Visitors will be able to recreate the onboard letter-writing experience by applying a cachet to postcards and mail that identify the item as posted at the exhibition. A booklet available in the museum’s gift shop and online will accompany the exhibit. A virtual edition of the exhibit will be developed over the next several months and accessible on the museum’s website at www.postalmuseum.si.edu/fireandice.