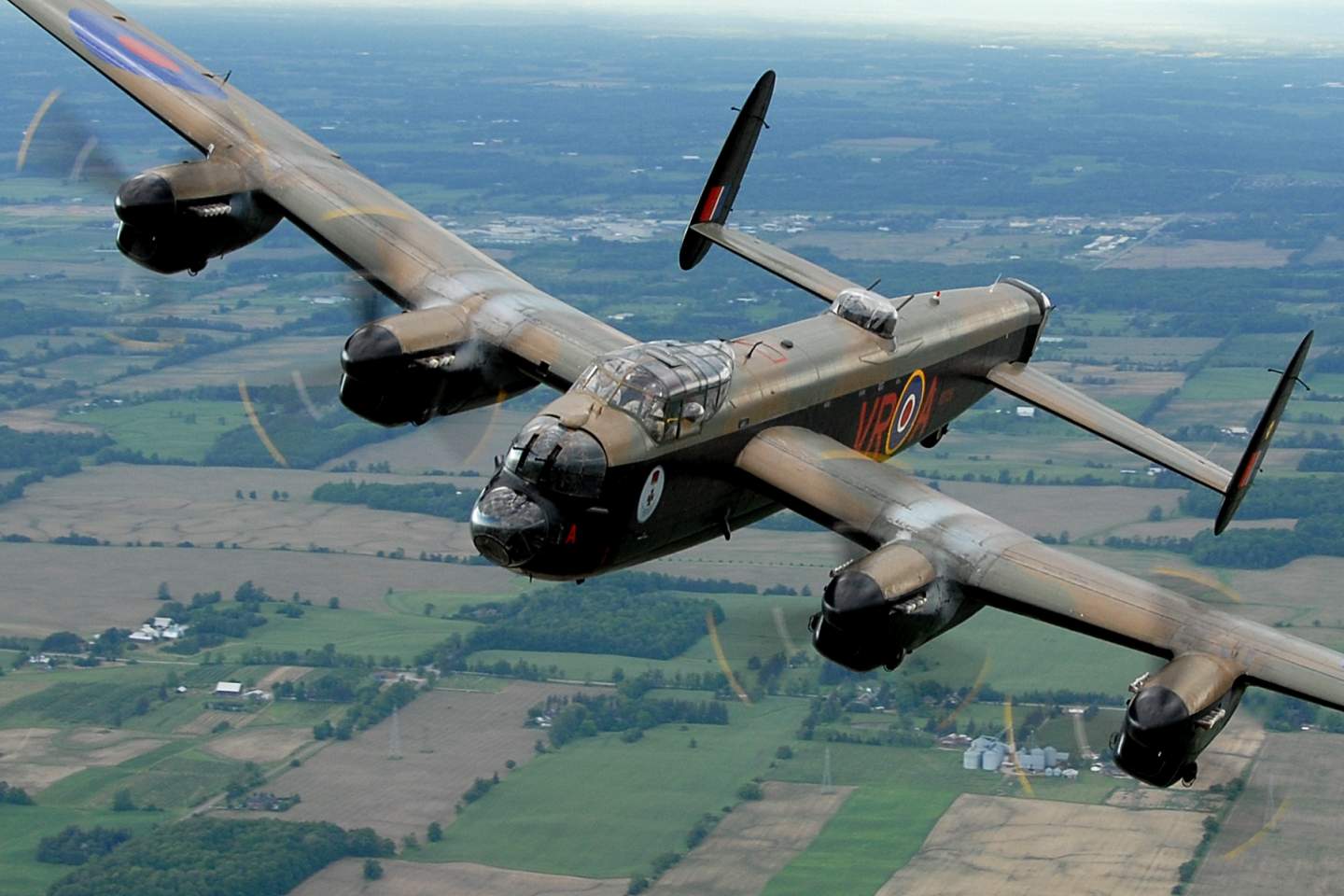 The British are coming to northern Virginia. The National Air and Space Museum’s Steven F. Udvar-Hazy Center will hold “The Great British Fly-In” in partnership with Great Britain’s Royal Air Force (RAF) April 15 from 10 a.m. to 4 p.m. As part of the 100th anniversary celebration of the RAF, the oldest air force in the world, the event will feature over a dozen former RAF and other military aircraft, flown in for one day only.

Aircraft scheduled to participate include the Canadian Warplane Heritage Museum’s Avro Lancaster, one of only two airworthy Lancasters in existence; two Supermarine Spitfires, including the Collings Foundation’s MK IX, a veteran of 116 combat missions; the B-25D Mitchell “Grumpy,” painted in RAF colors; and three P-51 Mustangs. Visitors will have the chance to get up close to the aircraft outside the museum and speak with their pilots.

Other programming for the day includes a presentation on the history of the RAF by the British Defence Attaché Air Vice-Marshal Gavin Parker OBE, a discussion about women in the RAF with Flt. Lt. Sarah Cole and a talk by former World War II Lancaster pilot Flt. Lt. Richard Boyd (Ret.). Visitors will also have a chance to talk to RAF officers and museum experts about the RAF’s past and present, and display boards through the museum will provide context to visitors about aircraft types in the museum’s collection that were used in the RAF. The day will also include performances from the RAF Band and drill displays from The Queen’s Colour Squadron.

Visitors can also take part in hands-on STEM activities to learn about the forces of flight, paper-airplane design and propeller design. Children will also have the chance to design a badge for “Hugh the Flying Bear,” a teddy bear that has been flying in RAF and U.S. Air Force aircraft for the past year to celebrate the RAF centenary.

For a full list of activities and participating aircraft, visit https://airandspace.si.edu/events/great-british-fly-in.

The National Air and Space Museum’s Steven F. Udvar-Hazy Center is located in Chantilly, Va., near Washington Dulles International Airport. The museum building on the National Mall in Washington, D.C., is located at Sixth Street and Independence Avenue S.W. Both facilities are open daily from 10 a.m. until 5:30 p.m. (closed Dec. 25). Admission is free, but there is a $15 fee for parking before 4 p.m. at the Udvar-Hazy Center.