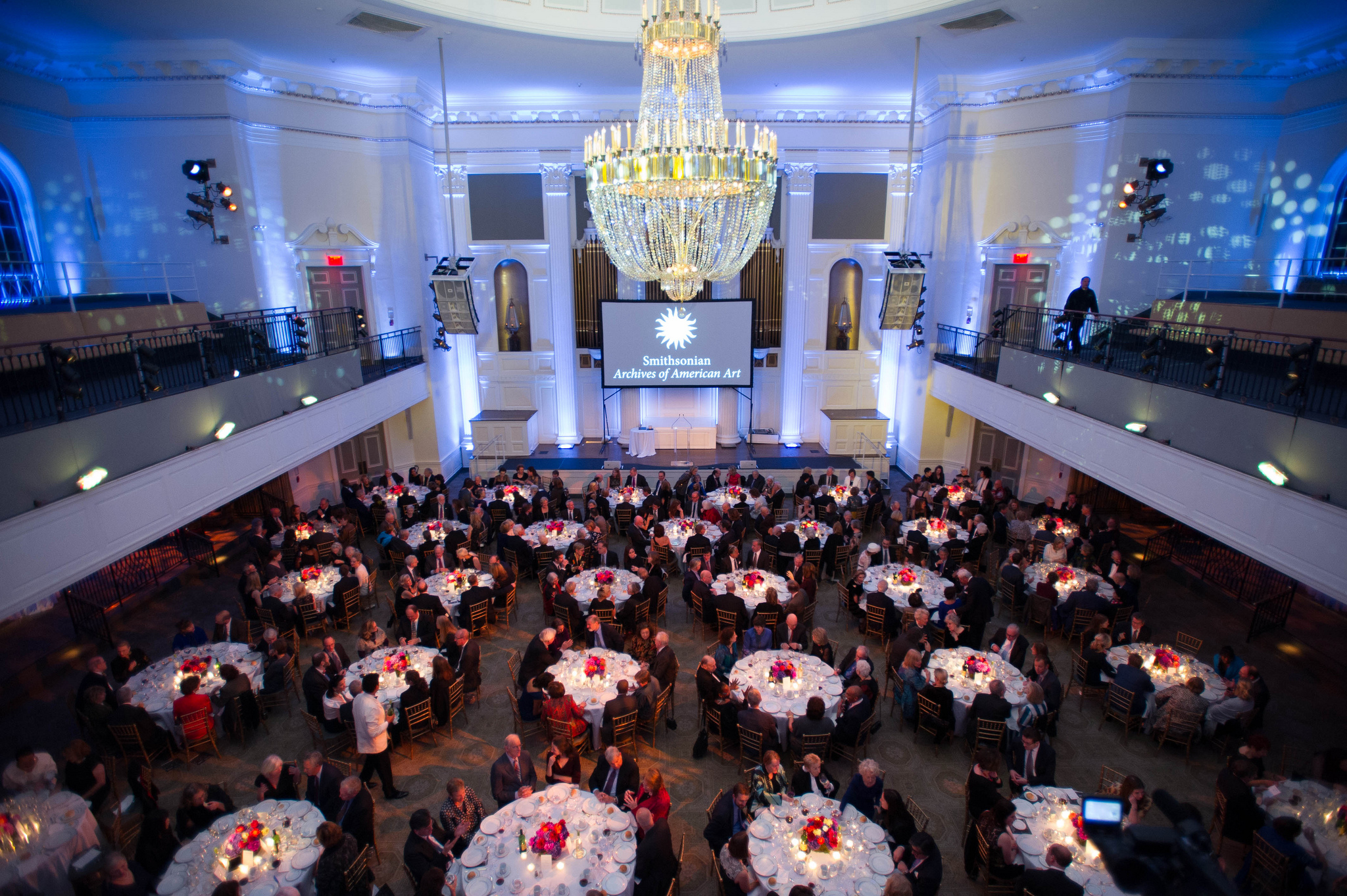 The Smithsonian’s Archives of American Art will salute prominent individuals and institutions who have distinguished themselves for their contribution to American visual arts Tuesday, Oct. 28, in New York City.  Each year at its annual benefit—attended by people from all sectors of the arts community including artists, dealers, collectors, scholars and art patrons—the Archives presents the Archives of American Art Medal to outstanding leaders in the field of American art.

Claes Oldenburg, one of the most influential artists of the 20th century, will be presented with the 2014 Archives of American Art Medal by philanthropist and president emerita of the Museum of Modern Art Agnes Gund. Oldenburg is renowned for his architectural scale public works, soft sculpture and installation and performance pieces. Robert E. Meyerhoff, prodigious art collector and philanthropist, will also receive the Archives Medal, presented by the director of the National Gallery of Art, Earl A. (Rusty) Powell III. They join an illustrious group of past award recipients, including John Baldessari, Eli Broad, Chuck Close, Paula Cooper, André Emmerich, Agnes Gund, Alice Walton, Ellsworth Kelly, James Turrell, Roy Lichtenstein, Cindy Sherman and others.

On the same evening, Arnold L. Lehman, Shelby White and Leon Levy, director of the Brooklyn Museum, will present the Archives’ Lawrence A. Fleischman Award for Scholarly Excellence in the Field of American Art History to his colleague, Teresa A. Carbone, the museum’s Andrew W. Mellon Curator  of American Art. Carbone has curated award-winning exhibitions and published several books with topics spanning from John Singer Sargeant’s water colors to arts and civil rights in the 1960s. This award was established in 1998 as a tribute to Archives co-founder Lawrence A. Fleischman. Past recipients include art historians Richard Powell, Wanda Corn, Linda Ferber, Robert Storr, Barbara Haskell and John Wilmerding.

In addition, the Archives will bestow the inaugural Archives of American Art Award for Philanthropic Leadership on the Terra Foundation for American Art. The award will be presented by Adam D. Weinberg, the Alice Pratt Brown Director of the Whitney Museum of American Art, and will be accepted by Elizabeth Glassman, president and CEO of the Terra Foundation. The Terra Foundation, with its mission to foster the exploration, understanding and enjoyment of the visual arts of the United States for national and international audiences, has supported the Archives’ work since 2005 with multimillion dollar grants. Its support of the Archives has been transformational, funding the groundbreaking Terra Foundation Center for Digital Collections, an endeavor that since 2005 has supported the digitization of more than 2 million items in the Archives’ collections, making them freely accessible online to users around the world.

“We are delighted to celebrate the extraordinary achievements of this year’s honorees,” said Kate Haw, director of the Archives of American Art. “Each of them has played an important role in shaping the artistic legacy of our nation. The remarkable passion and dedication they bring to their varied endeavors continue to spark our collective imagination and forge new paths of inquiry that will undoubtedly influence the visual arts for years to come.”

The Smithsonian’s Archives of American Art is the world’s most comprehensive resource for the study of art in America. Founded in 1954, it fosters advanced research using its collection of primary sources, unequaled in historical depth and breadth, that document more than 200 years of the nation’s artists and art communities. The Archives serves scholars, students, journalists, biographers and the interested public from its headquarters in Washington, D.C., its research center in New York City and through its vast online resources available worldwide.

An international leader in the digitizing of archival collections, the Archives also makes more than 2 million digital images freely available online. The Archives’ oral history collection includes more than 2,200 audio interviews, the largest accumulation of in-depth, first-person accounts of the American art world. For more information, visit the Archives website at www.aaa.si.edu. For more information on the Archives, the Oct. 28 benefit or for detailed honoree biographies, contact Kira Neal at nealk@si.edu or 202-633-8768.