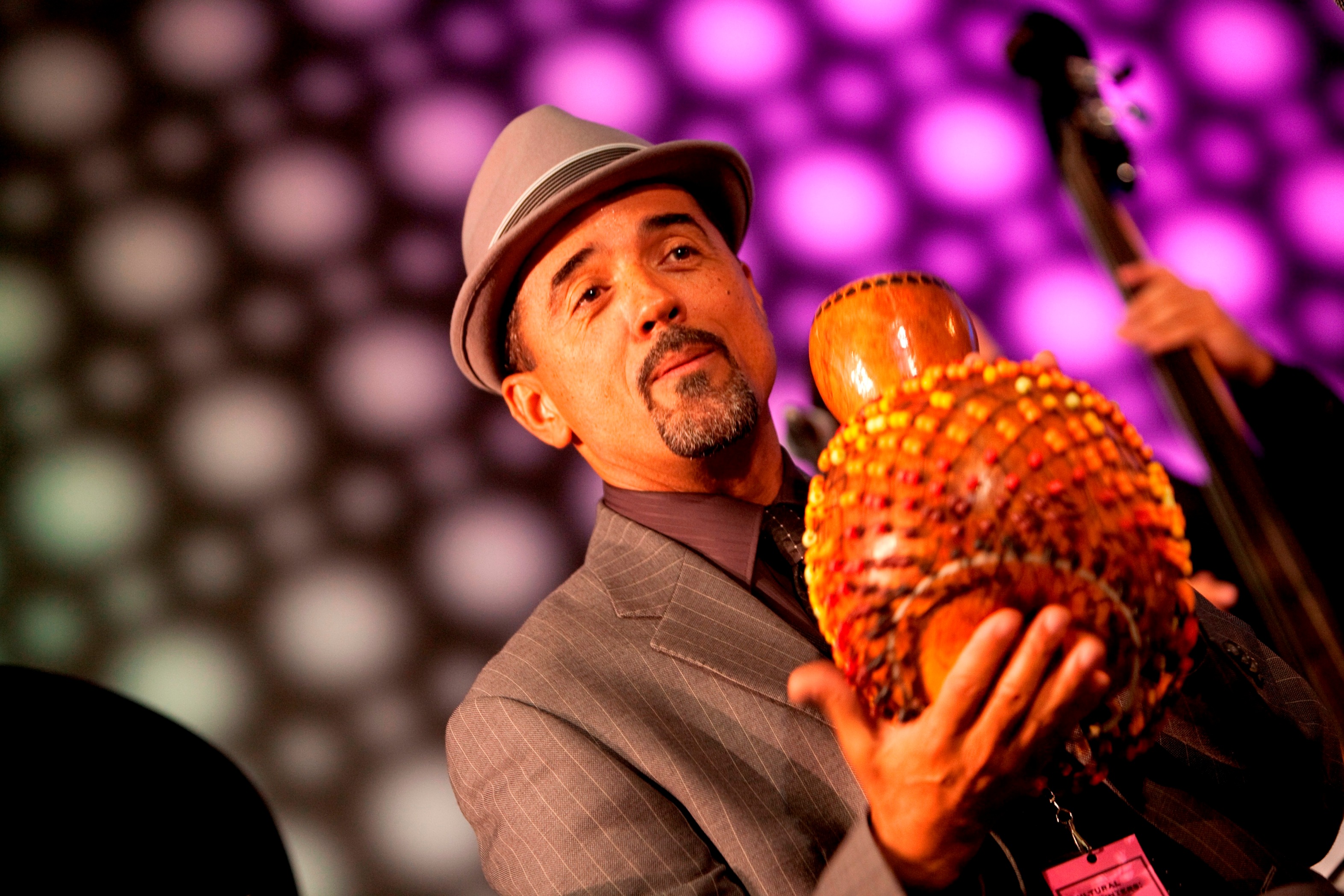 The Smithsonian presents Latin Jazz artist John Santos in a free percussion master class and evening concert featuring the John Santos Band, Friday, April 15. The master class is from 10:30 a.m. to noon in the National Museum of American History’s Carmichael Auditorium. The concert is from 6:30 to 7:30 p.m. in Baird Auditorium at the National Museum of Natural History. A question-and-answer session will take place after the concert from 7:30 to 8 p.m.

Santos is a four-time Grammy nominee and a U.S. Artists Fontanals Fellow. He is an expert of Afro-Latino music and is known for his innovative use of traditional forms and instruments in combination with contemporary music. He has performed, recorded and studied with some of the masters of Afro-Latin Jazz such as Cachao, Dizzy Gillespie, Tito Puente, Bebo Valdés, Lázaro Ros, Armando Peraza and Eddie Palmieri. This has provided a solid foundation for Santos’ current work in bringing together styles, rhythms, concepts and artists from different generations. Born in San Francisco, he was raised in the Puerto Rican and Cape Verdean traditions of his family, surrounded by music. His studies of Afro-Latin music have included several trips to New York, Puerto Rico, Cuba, Brazil and Colombia.

Santos is respected as one of the top writers, teachers and historians of Latin Jazz and is a member of the Latin Jazz Advisory Committee of the Smithsonian Institution. He has conducted lectures, workshops and clinics in the Americas and Europe since 1973 and has contributed to international magazines such as Percussive Notes, Modern Drummer, Modern Percussionist and Latin Percussionist. He has worked with Bobby Hutcherson, Grupo Mezcla (Havana), Lalo Schifrin, Irakere West, Santana, Yma Sumac, Linda Tillery, Cal Tjader, Danilo Perez, Ignacio Berroa, Oma Sosa, Jon Jang and Charlie Hunter. He was the director of the Orquesta Tipica Cienfuegos (1976-1980) and the award-winning Orquesta Batachanga (1981-1985). Santos founded and directed Grammy-nominated Machete Ensemble from 1985 to 2006, a world-class Latin jazz band of international renown. His current performing group is the Latin jazz sextet, the John Santos Band.

This workshop and performance are part of Jazz Appreciation Month, now in its 10th year, paying tribute to jazz as both a historic and living art form. For a complete listing of JAM 2011 events visit www.smithsonianjazz.org.

The National Museum of American History is located on Constitution Ave, between 12th and 14th Streets N.W. The museum collects, preserves and displays American heritage in the areas of social, political, cultural, scientific and military history. Website: http://americanhistory.si.edu. For Smithsonian information, the public may call (202) 633-1000, (202) 633-5285 (TTY).