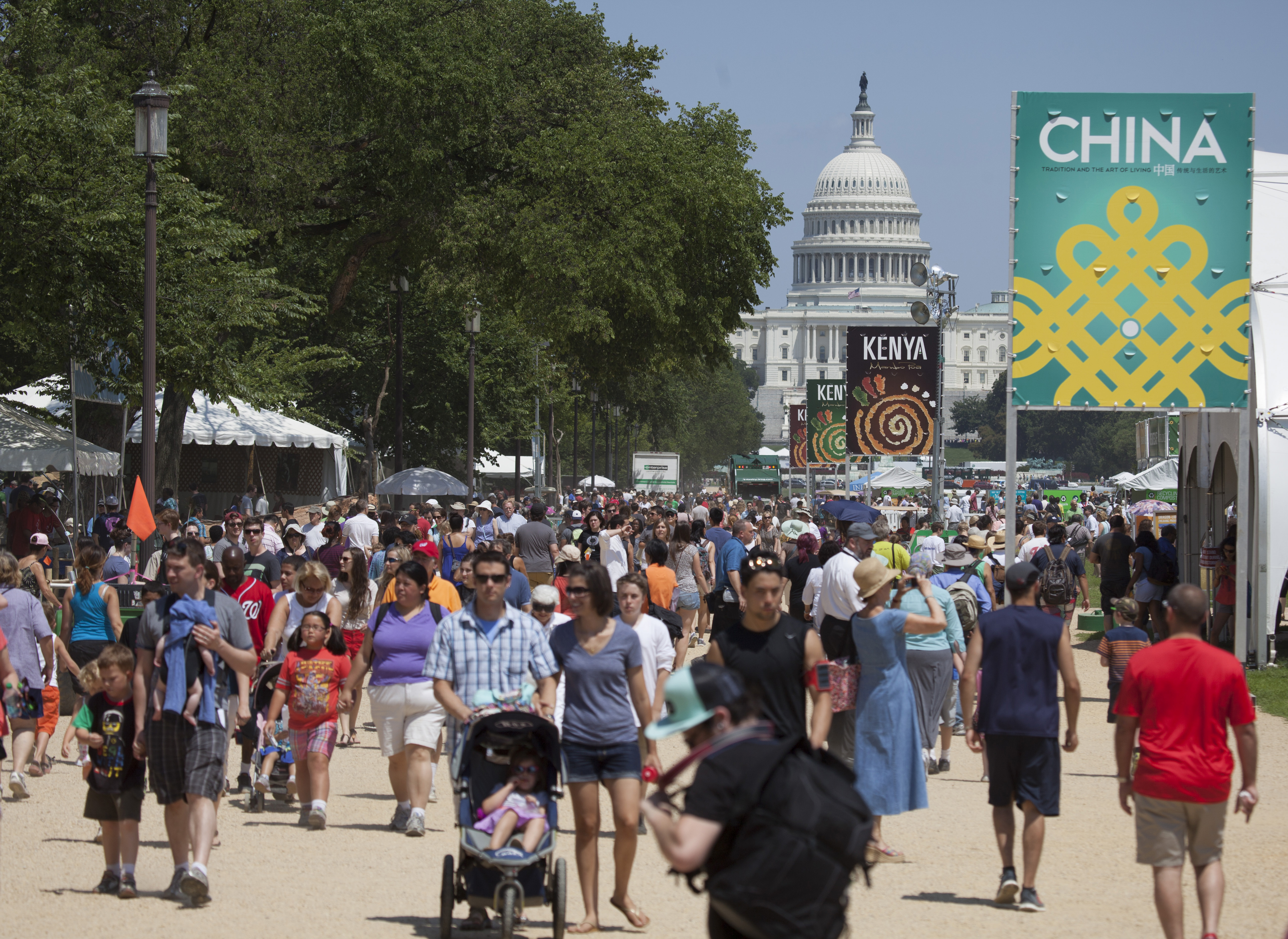 Visitors to the 2016 Smithsonian Folklife Festival can learn about the innovative culture of the Basque country and diverse music of California. This year’s themes celebrate resilient communities around the world with two programs: “Basque: Innovation by Culture” and “Sounds of California.” The Basque program will present renowned Basque cooking techniques, Euskara language lessons, stone-lifting matches and more. Visitors to the California program can interact with artists in music workshops, learn about immigration and migration in the United States and then stretch out on the lawn of the National Mall for an evening concert series.

The 2016 Festival will be held Wednesday, June 29, through Monday, July 4, and Thursday, July 7, through Sunday, July 10, outdoors on the National Mall between Fourth and Seventh streets. Admission is free. Festival hours are from 11 a.m. to 5 p.m. each day, with special evening events beginning at 6:30 p.m. The Festival is co-sponsored by the National Park Service. Additional support provided by Reagan National Airport and Washington Dulles International Airport.

After daytime Folklife Festival activities end, an evening concert series will take place on the Ralph Rinzler Concert Stage. The performances will feature Basque and Californian musicians, dancers and special guest artists. Seating will not be provided, so visitors should bring a blanket and lawn chairs. Food-concession stands will be open for the evening events. Concert schedules and locations are subject to change due to weather and other factors. In the event of thunderstorms, evening concerts will relocate to the Smithsonian’s Arts and Industries Building. Admission is free, and more information is available on the Festival website.

“On the Move: Migration and Immigration Today”

Located in the middle of the Festival, “On the Move: Migration and Immigration Today” is a participatory area for visitors to reflect on their own immigration and migration experiences. This area will also prompt visitors to think about others who are undergoing profound changes as they move—or are moved—from place to place and will ask questions like “What is it like to be an immigrant in 2016?” Oral historians will provide tips on how to record the stories of their families and communities and interviewers will invite Festival visitors to digitally map their heritage. The results will grow over the course of the Festival and be displayed at an indoor installation in the Smithsonian’s Arts and Industries Building.

In celebration of the 50th anniversary of the National Endowment for the Arts (NEA), the 2016 Ralph Rinzler Memorial Concert will feature extraordinary musicians from across the country who have received the NEA National Heritage Fellowship, the nation’s highest award for excellence in the folk and traditional arts. These artists are not only masters of their tradition; as teachers, innovators and advocates, they have made significant contributions to the living cultural heritage of their communities. Performers featured in the concert will span a wide range of musical traditions in the United States, including bluegrass, go-go, Irish American fiddling, Iraqi American oud playing, Lakota hoop dancing, Jewish klezmer music and Mexican American conjunto. Performers will be announced in June.

The 2016 Smithsonian Folklife Festival will include a variety of activities for children and families, including crafts, games, musical performances and language and dance workshops. Hands-on activities for families and children will take place at the Txiko Txoko tent—txiko txoko (pronounced cheeki-choko) is a Basque phrase that means “little place”—and at the program areas for several Festival participants. Programming includes Basque language lessons, dance classes led by Basque Americans, kid-friendly versions of Basque sports such as stone lifting and corn-cob racing and crafts.

Products, artworks and crafts created by Festival participants and a selection of related Smithsonian Folkways recordings will be available for purchase at the Festival Marketplace, located for the first time in the Smithsonian’s newly renovated Arts and Industries Building. More information is available on the Festival website.

Meals, snacks and beverages representing the two programs will be sold at three concession stands featuring Mexican and Thai food from California and Basque cuisine. A full menu is available on the Festival website.

Large-print versions of the daily schedule and a Braille version of the Festival guide will be available at the information kiosk, and large-print menus will be available at concessions stands. Volunteers will be on call to assist people who use wheelchairs and wheelchairs will be available for visitors to borrow at the Volunteer tent. Performance stages, narrative stages, the Ostatua Kitchen and the Ralph Rinzler Concert Stage will be equipped with assistive listening systems. Real-time captioning (CART) and American Sign Language (ASL) interpretation will be available for selected performances and presentations. An additional interpreter is on site each day for visitors with requests beyond the scheduled events. Service animals are welcome. ASL-interpreted, tactile and verbal-description tours will be offered. The Festival will also host “Morning at the Mall” for visitors with cognitive and sensory-processing disabilities. To find out more and to request other access services not listed above, call (202) 633-2921 or email access@si.edu.

The 2016 Smithsonian Folklife Festival will feature two programs: “Sounds of California” and “Basque: Innovation by Culture.” The Smithsonian Folklife Festival, inaugurated in 1967, honors contemporary living cultural traditions and celebrates those who practice and sustain them. Produced annually by the Smithsonian’s Center for Folklife and Cultural Heritage, the Festival has featured participants from all 50 states and more than 100 countries. Follow the Festival on Facebook, Twitter, Instagram and YouTube.