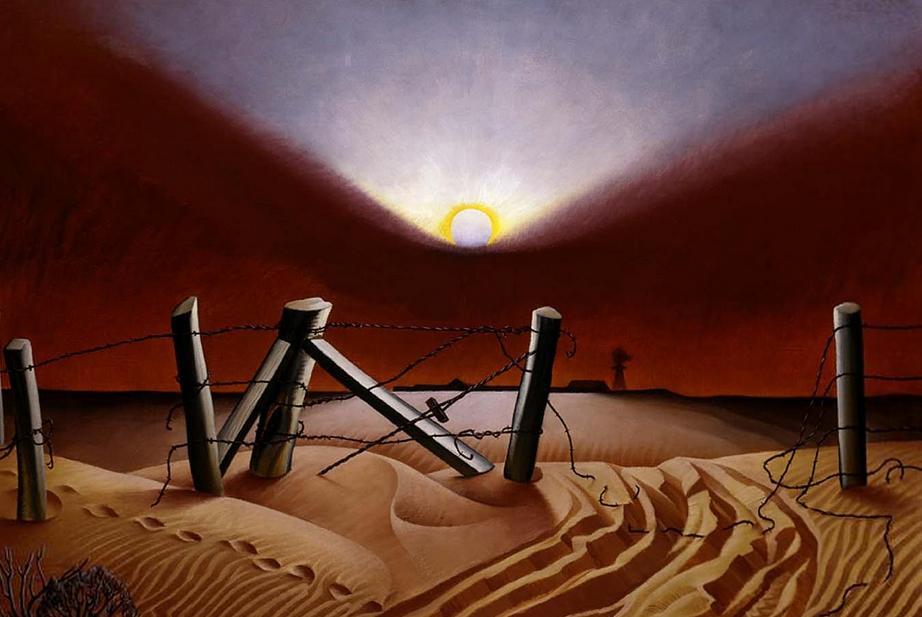 The Smithsonian and the National Endowment for the Humanities examine the legacy of the Dust Bowl era through current issues of drought, agricultural sustainability and global food security during a live, interactive discussion with experts. The program will be webcast from the museum to Youth Town Halls at locations across the nation Oct. 17 at 1 p.m. EDT.

In the 1930s, severe drought and extensive farming caused widespread agricultural damage, crop failure and human misery across the Great Plains. Called the “Dust Bowl” because of the immense dust storms created as the dry soil blew away in large, dark clouds, it is considered one of the worst ecological disasters in American history. Millions of acres of farmland were damaged and hundreds of thousands of people were forced to leave their homes. Many migrated to California and other western states where the economic conditions during the Great Depression were often no better than those they had left.

The Oct. 17 discussion in Washington, D.C., taking place in the Warner Bros. Theater at the Smithsonian’s National Museum of American History, will be joined by audiences at nine Smithsonian Affiliate museums and the National Steinbeck Center, which will also host regional Youth Town Halls. Participants at the regional Town Hall sites will prerecord questions on video to be played during the live National Youth Summit webcast. The Youth Town Halls will take place at:

The live webcast is available to educators and students through free registration at americanhistory.si.edu/nys.

The National Youth Summit brings middle and high school students together with scholars, teachers, policy experts, witnesses to history and activists in a national conversation about important events in America’s past that have relevance to the nation’s present and future. The program is an ongoing collaboration between the National Museum of American History, the National Endowment for the Humanities, PBS and museums across the United States in the Smithsonian Affiliations network.

The summit will include segments from award-winning documentary filmmaker Ken Burns’ forthcoming film The Dust Bowl and a panel discussion, moderated by Huffington Post science editor Cara Santa Maria, and featuring: Ken Burns, Dust Bowl survivor Cal Crabill, U.S. Department of Agriculture ecologist Debra Peters, fifth-generation farmer Roy Bardole from Rippey, Iowa, and farmer and founder of Anson Mills, Glenn Roberts. U.S. Secretary of Agriculture Tom Vilsack will welcome the audience through a video statement. Panelists will take questions from students participating in the summit, and offer their own perspectives on what history can teach people about their relationship with the environment.

The National Endowment for the Humanities is an independent federal agency created in 1965. It is one of the largest funders of humanities programs in the United States. NEH grants typically go to cultural institutions, such as museums, archives, libraries, colleges, universities, public television and radio stations, and to individual scholars. For more information on the NEH, visit www.neh.gov.

The National Museum of American History collects, preserves and displays American heritage in the areas of social, political, cultural, scientific and military history. To learn more about the museum, check americanhistory.si.edu. For Smithsonian information, the public may call (202) 633-1000.