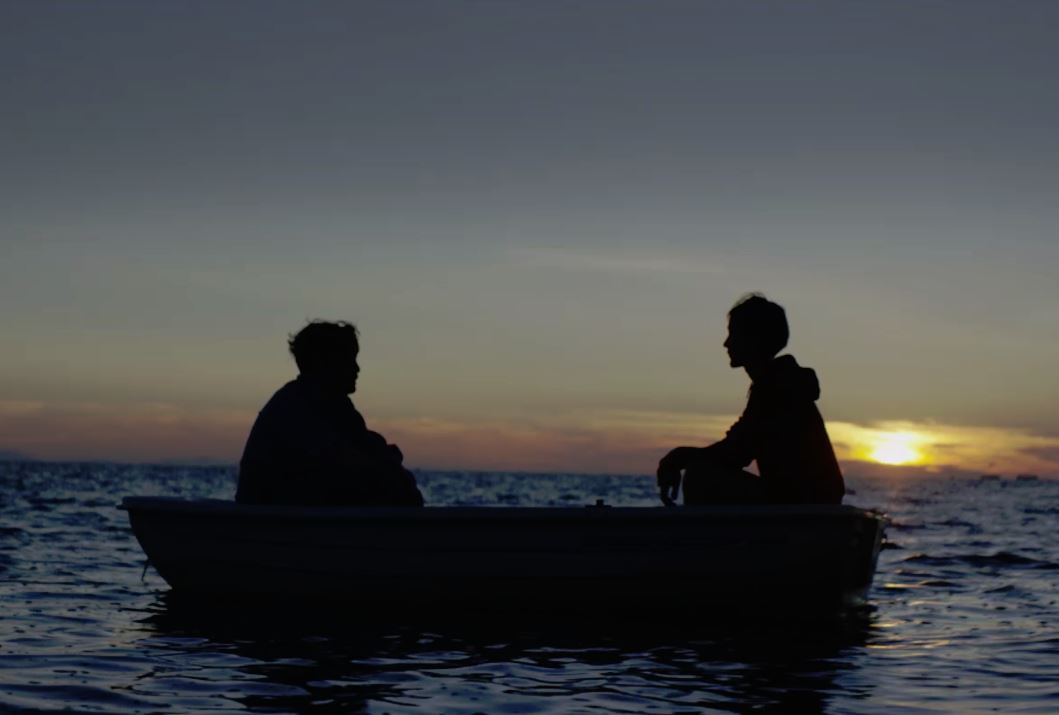 The Smithsonian’s Recovering Voices Initiative will present films from across the globe on the occasion of its second annual Mother Tongue Film Festival. The five-day festival will open on United Nations Mother Language Day, Tuesday, Feb. 21, and will feature work representing 33 languages across six continents. The festival presents a curated selection of films on music, identity and place from communities around the world. Together, the program includes a variety of styles from drama to experimental and brings to light the value of language use and revitalization in today’s increasingly globalized world.

The festival will run through Saturday, Feb. 25, at multiple locations across the Smithsonian and Washington, D.C. Complete festival listings, times and locations are available at www.recoveringvoices.si.edu. Doors will open approximately 30 minutes before each show. All screenings are free and open to the public.

“Language is inextricably linked to our identity,” said Mary Linn, curator of cultural and linguistic revitalization at the Smithsonian’s Center for Folklife and Cultural Heritage. “The Mother Tongue Film Festival foregrounds the role mother tongues play in fostering a sense of self, both across the nation and around the world.”

Among the highlights screening on opening night, Feb. 21, is Mele Murals, a film by Tadashi Nakamura that centers on two graffiti artists and their joint quest to uphold Hawaiian culture through mural-making. The feature-length documentary shows how public art fuses with Native Hawaiian traditions transforms the students, the local community and, unexpectedly, the artists themselves. This film will be hosted at the Smithsonian’s Hirshhorn Museum and Sculpture Garden.

On Saturday, Feb. 25, the festival will feature Poi E: The Story of Our Song, a New Zealand film from Tearepa Kahi that tells the true story of the visionary musician and leader Maui Dalvanius Prime, the entrepreneur responsible for the iconic New Zealand song “Poi E,” the upbeat song that could be called the country’s unofficial national anthem and remains a favorite over 30 years later.  This film will be shown at the Smithsonian’s National Museum of the American Indian in conjunction with the New Zealand Embassy.

The festival also includes a selection of international dramas such as Avant les rues, a 2015 film from Chloé Leriche which focuses on Shawnouk, a Native teenager, who kills a man during a robbery before fleeing from his Atikamekw village in Quebec. Upon his return, Shawnouk attempts to redeem himself using traditional cleansing rituals. This film will be screened at the NYU Washington DC Abramson Family Auditorium at 1307 L St. N.W.

Another festival highlight at the National Museum of the American Indian is Dauna/Gone with the River, by Mario Crespo. It was Venezuela’s first film shot in the Warao language and was Venezuela’s official submission to the 88th Academy Awards for Best Foreign Language Film. The film tells the story of Dauna, a woman struggling to bridge her culture and the one beyond the Orinoco River. Dauna, defined by her individuality, chooses eventually to use both her Native tongue and Spanish to preserve and pass on her legacy.

Another international film rounding out the festival is El Sueño del Mara’akame/ Mara’akame’s Dream, an award-winning Mexican film by Federico Cecchetti that tells the story of Nieri, a young Wirrárika (Huichol) Indian who dreams of performing in concert with his band in Mexico City. Nieri’s father, a Mara’akame, or shaman, has different plans for his son, who must find the Blue Deer in his dreams in order to become a Mara’kame himself. El Sueño del Mara’akame is presented in cooperation with the Mexican Cultural Institute.

Funding support for the Mother Tongue Film Festival has been provided by the three Smithsonian Recovering Voices partners across the Institution: National Museum of the American Indian, National Museum of Natural History and the Center for Folklife and Cultural Heritage, with additional support from the Smithsonian Latino Center, the Mexican Cultural Institute and the New Zealand Embassy.

Recovering Voices is an initiative of the Smithsonian Institution founded in response to the global crisis of cultural knowledge and language loss. It works with communities and other institutions to address issues of indigenous language and knowledge diversity and sustainability. Recovering Voices is collaboration between staff at the National Museum of Natural History, the National Museum of the American Indian and the Center for Folklife and Cultural Heritage.

About the Smithsonian’s National Museum of Natural History

The Smithsonian’s National Museum of Natural History welcomed approximately 7 million visitors in 2016, making it one of the most-visited museums in the world. Opened in 1910, the museum on the National Mall is dedicated to maintaining and preserving the world’s most extensive collection of natural history specimens and human artifacts. The museum connects people everywhere to Earth’s unfolding story. The museum’s researchers, scientific collections, free exhibitions and educational programs address fundamental questions, spark curiosity and illuminate the beauty and wonder of the planet. The museum is open daily from 10 a.m. to 5:30 p.m. (closed Dec. 25). Admission is free. For more information, visit the museum on its website and on Facebook and Twitter.

About the Smithsonian’s National Museum of the American Indian

The Smithsonian’s National Museum of the American Indian is committed to advancing knowledge and understanding of the Native cultures of the Western Hemisphere—past, present and future—through partnership with Native people and others. In Washington, the museum is located on the National Mall at Fourth Street and Independence Avenue S.W., accessible from L’Enfant Plaza Metrorail station via the Maryland Avenue/Smithsonian Museums exit. To learn more about the museum’s mission, visit AmericanIndian.si.edu. Follow the museum on Facebook, Twitter and Instagram.

About the Smithsonian’s Center for Folklife and Cultural Heritage

The Smithsonian’s Center for Folklife and Cultural Heritage promotes the understanding and sustainability of cultural heritage and diversity across the United States and around the world through research, education and community engagement. The center produces the annual Smithsonian Folklife Festival and Smithsonian Folkways Recordings, maintains and makes accessible the Ralph Rinzler Folklife Archives and Collections, produces extensive research and educational materials and produces cultural heritage policy for the benefit of communities around the world. For more information, visit folklife.si.edu. Follow the center on Facebook, Twitter and Instagram.