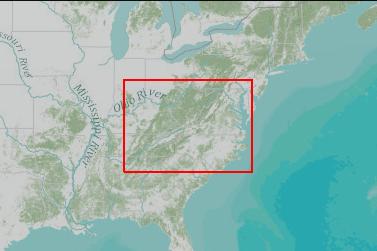 Every year more than 4 million people enjoy the popular Appalachian Trail, which extends from Maine to Georgia and is surrounded by forests as well as agricultural and residential development. However, just as humans depend on the land, so, too, does the native wildlife. With the help of citizen scientists and camera traps, Smithsonian Conservation Biology Institute scientists, in collaboration with researchers from the University of Colorado and volunteers from Appalachian Trail clubs, looked at the intersection between human use of the Appalachian region and the wildlife that lives there. The study, recently published in PLOS ONE, found that in most cases human activity had mixed effects on where various species live.

“It is no surprise that animals are affected by what is going on around them,” said Bill McShea, a research ecologist at SCBI and co-author of the study. “But what did surprise us was the difference in effects among species and that our observation of the changes in occupancy was the product of the cumulative effects of these factors on each of the eight species.”

The three-year, large-scale study looked at how forest cover, hunting, trail use and the presence of roads affected each of the eight species examined: white-tailed deer, raccoons, American black bears, Virginia opossum, coyotes, bobcats and red and gray foxes. The scientists found that forest loss around the Appalachian Trail corridor negatively affected bobcats and bears (they prefer sections of the trail with more nearby forest), while positively affecting raccoons and foxes. Meanwhile, hunting in the nearby forests negatively affected bears and bobcats, but positively affected raccoons. In addition, trail use had a negative impact on bears, who avoided the areas with higher levels of human activity, and a positive impact on the red fox. Finally, deer were more common in the forests near roads that cross the trail corridor.

These findings provide insight into how land managers and conservationists can better manage land that carries such an abundance of wildlife native to the United States. Future research may use the video capability in the latest camera units to study the behavior of animals as they move across human-dominated landscapes.

The study relied on an emerging methodology that involved citizen scientists. The citizen scientists handled camera placement, maintenance, file management and recorded data. They transferred images and data to researchers through a National Park Service website. Some of the photographs are displayed at a Smithsonian site, SI Wild, for camera trapping projects.

“This type of initiative could help to involve more people in conservation and allow them to observe firsthand the impact humans have on the Appalachian Trail itself,” McShea said. He also noted that he would like to see the agencies managing the Appalachian Trail employ cameras spanning from Georgia to Maine. This holds the potential for better monitoring and managing of the entire trail.