Nine Richard Avedon Portraits of the Kennedys Will Be on Display
April 19, 2017
News Release 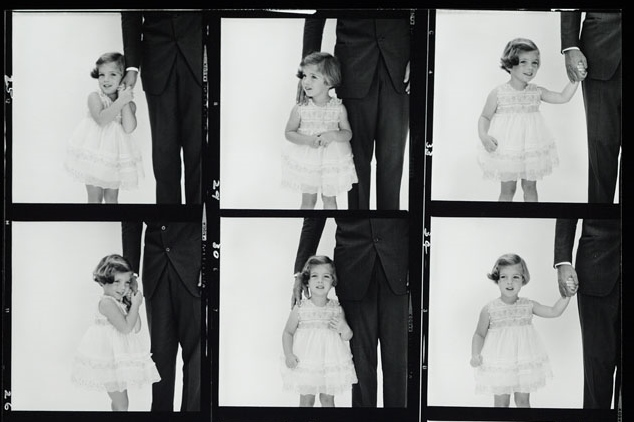 To commemorate the 100th anniversary of President John Fitzgerald Kennedy’s birth May 29, the Smithsonian’s National Museum of American History will display nine photographs of the 35th president and his family within the museum’s “The American Presidency” exhibition. The “JFK Centennial Celebration” display will be on view May 25 through Aug. 27.

Taken in 1961 by world-renowned photographer Richard Avedon, the photos capture the Kennedys a few weeks before the presidential inauguration. The President-elect, First Lady Jacqueline Kennedy and their children Caroline and John sit in front of Avedon’s iconic white background. Six of the resulting photographs from the photo session appeared in Avedon’s column, “Observations,” in Harper’s Bazaar.

In 1966, Avedon included a set of the Kennedy images in his donation of 217 black-and-white photos and their negatives to the museum’s photographic history collection, which was established in 1896. It is the first collection of photography dedicated to the history of the medium at a U.S. museum.

Visitors will also be able to explore Kennedy’s legacy through history, art and culture at “America Now: Ask Not What Your Party Can Do For You, Ask What You Can Do For Your Party” July 1, featuring lightning talks, 1960s-themed food and drink, objects out of storage, a 1960s-themed scavenger hunt and live music. This event is part of the third annual “America Now” series of programs organized by three Smithsonian museums. It is made possible by the support of the Robert and Arlene Kogod Family Foundation. The Washington Post is the media sponsor of “America Now.” Details are available at http://s.si.edu/americanow.

Through incomparable collections, rigorous research and dynamic public outreach, the National Museum of American History explores the infinite richness and complexity of American history. It helps people understand the past in order to make sense of the present and shape a more humane future. The museum is continuing to renovate its west exhibition wing, developing galleries on democracy and culture. The museum is located at 14th Street and Constitution Avenue N.W., and is open daily from 10 a.m. to 5:30 p.m. (closed Dec. 25). Admission is free. For more information, visit http://americanhistory.si.edu. For Smithsonian information, the public may call (202) 633-1000.