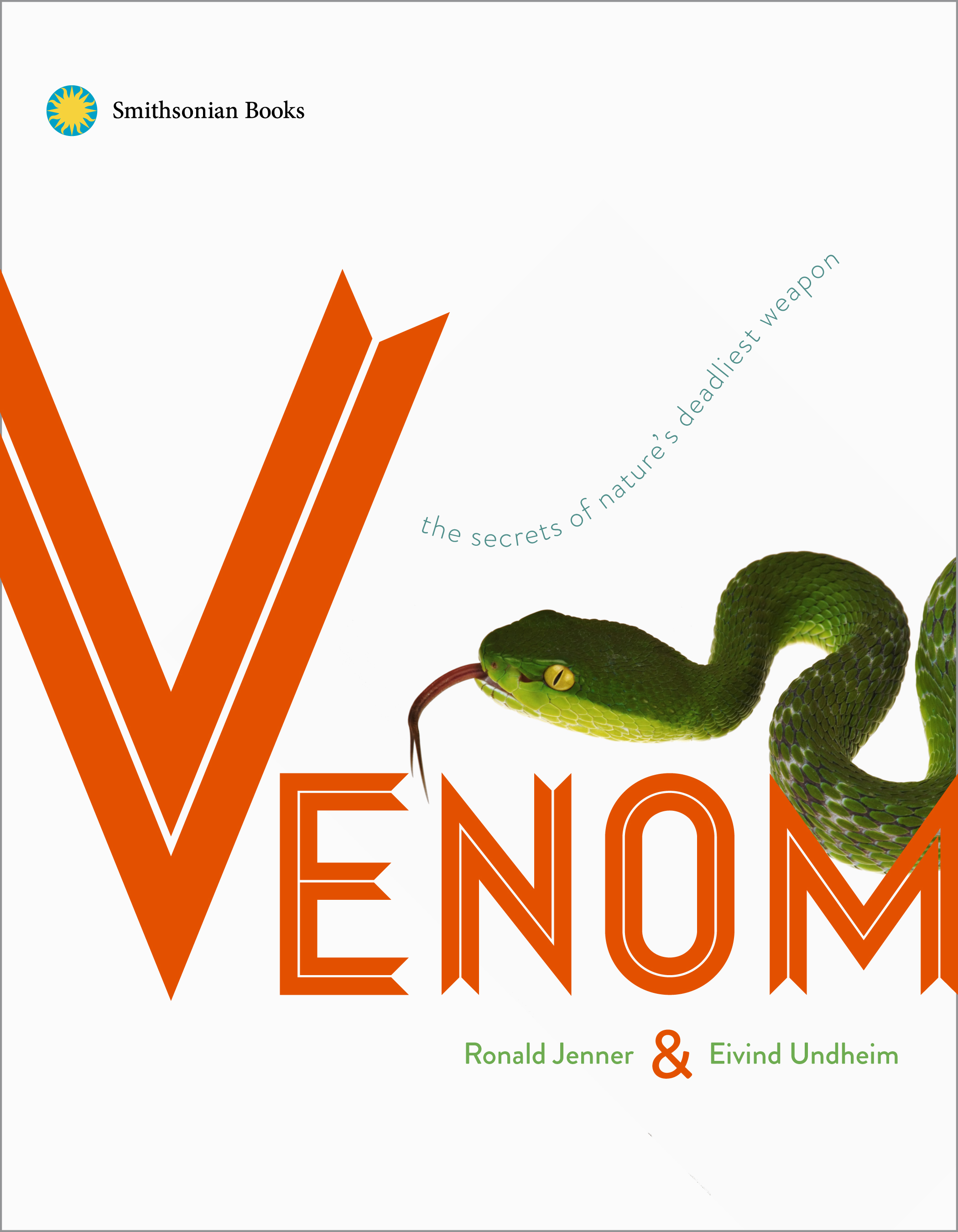 Smithsonian Books is releasing Venom: The Secrets of Nature’s Deadliest Weapon by Ronald Jenner and Eivind Undheim Oct. 17. The book explores the biology and evolution of this natural weapon, as well as its adaptive value and the diverse array of species—from vipers to jellyfish, Gila monsters to sea snakes and slow lorises to platypuses—that rely on it for predation, defense, competition and even communication.

Ever since venom first appeared in ancient jellyfish and sea anemones, it has proved so effective that it since has evolved independently in dozens of animal groups. The authors reveal the many unique methods—fangs, stingers, spurs and tentacles—by which venomous creatures deliver their cocktails of toxins and consider how these disrupt the physiology of their victims. They also explore how humans have learned to neutralize venom’s devastating effects and the ways in which they harness its powers to create innovative new medicines to treat disease.

Illustrated throughout, Venom showcases some of the most dangerous creatures and explores both the essential ecological roles these animals play and their unexpected benefits to humans.

Jenner is a research leader in the Department of Life Sciences at the Natural History Museum in London. His empirical research investigates venom evolution, with a focus on neglected venomous invertebrates, while his theoretical work addresses conceptual issues in evolutionary biology. Undheim is a research officer at the University of Queensland in Australia. His main research interest is the evolution of venoms and venom systems in a great diversity of animals, with a particular focus on centipedes, one of the oldest groups of venomous land animals.