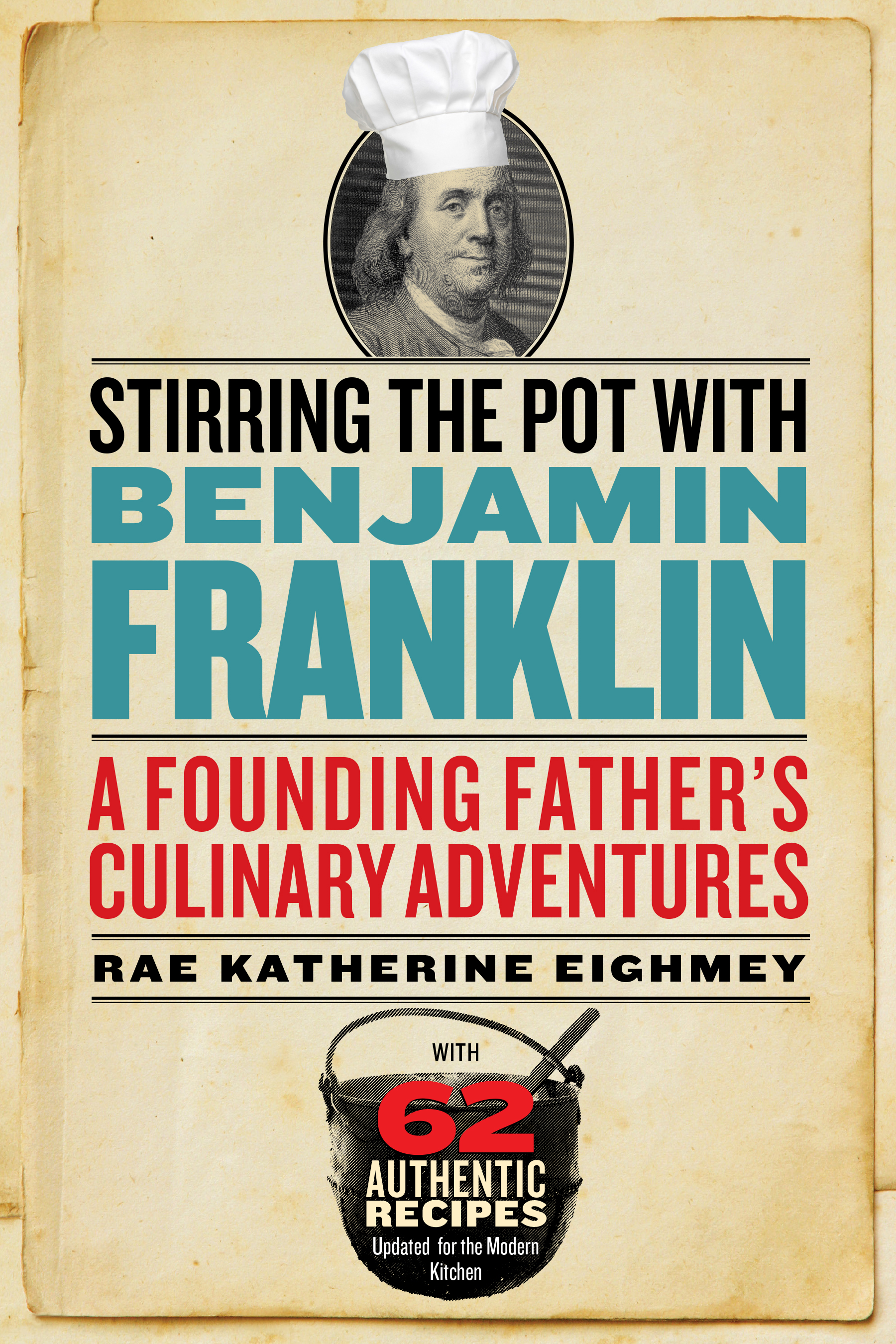 Smithsonian Books is releasing Stirring the Pot with Benjamin Franklin: A Founding Father’s Culinary Adventures by Rae Katherine Eighmey on Jan. 16. Eighmey uncovers 62 recipes tried and savored by Benjamin Franklin, adapts them for use in the modern kitchen, and reveals a new understanding of the founding father's life and times.

In this culinary biography, Eighmey presents Franklin’s experimentation with food throughout his life. At age 16, he began dabbling in vegetarianism. In his early 20s, citing the health benefits of water over alcohol, he convinced his printing-press colleagues to abandon their traditional breakfast of beer and bread for “water gruel,” a kind of porridge he enjoyed. Franklin is known for his scientific discoveries, including electricity and the lightning rod, and his curiosity and logical mind extended to the kitchen. He even conducted an electrical experiment to try to cook a turkey and installed a state-of-the-art oven for his beloved wife Deborah. Later in life, on his diplomatic missions—he lived 15 years in England and nine in France—Franklin ate like a local. Eighmey discovers the meals served at his London home-away-from-home and analyzes his account books from Passy, France, for insights to his farm-to-fork diet there. Yet Franklin also longed for American foods; Deborah sent over his favorites, including cranberries, which amazed his London kitchen staff. He saw food as key to understanding the developing culture of the United States, penning essays presenting maize as the defining grain of America.

Stirring the Pot with Benjamin Franklin conveys Franklin’s culinary adventures, demonstrating that Franklin’s love of food shaped not only his life but also the character of the young nation he helped build.

Eighmey is an award-winning author, food historian, and cook. She is the author of numerous books, including Abraham Lincoln in the Kitchen, Soda Shop Salvation, and Food Will Win the War.