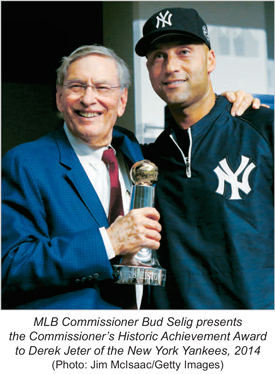 The September issue of the Smithsonian Associates’ program guide features a variety of educational and cultural programs, including seminars, lectures, studio arts classes, performances for adults and children and local and regional study tours. Highlights this month include:

Emmy Award-winning costume designer Lyn Paolo is the genius behind the impeccably dressed Olivia Pope on the ABC hit television series that was created by Shonda Rhimes and stars Kerry Washington. In a conversation with Robin Givhan, fashion critic for the Washington Post, Paolo discusses how costume defines character, where she looks for inspiration and how her work and costume design in general has an impact on the fashion world.

David Eagleman on the Secrets of the Brain

David Eagleman, renowned neuroscientist and host of the upcoming six-part PBS series The Brain with David Eagleman, takes the audience on a fascinating journey through the world of extreme sports, criminal justice, facial expressions, genocide, brain surgery, gut feelings, robotics and the search for immortality. Eagleman tells the story of the inner workings of the brain and explains why people feel and think the things they do.

Allan “Bud” Selig has been called “the greatest and most important commissioner in the history of his sport.” In his 22-year stint (1992–2015) at the helm of America’s pastime, baseball returned to Washington and the sport exploded from a $1 billion industry to a $9 billion one. Innovations like expanded playoffs and interleague play, along with new ballparks, have led to huge attendance growth. Selig sits down with Christine Brennan, USA Today writer and broadcast commentator, and Barry Svrluga, national baseball correspondent for the Washington Post, for a conversation about his indelible career, moderated by attorney and veteran sportscaster Phil Hochberg.