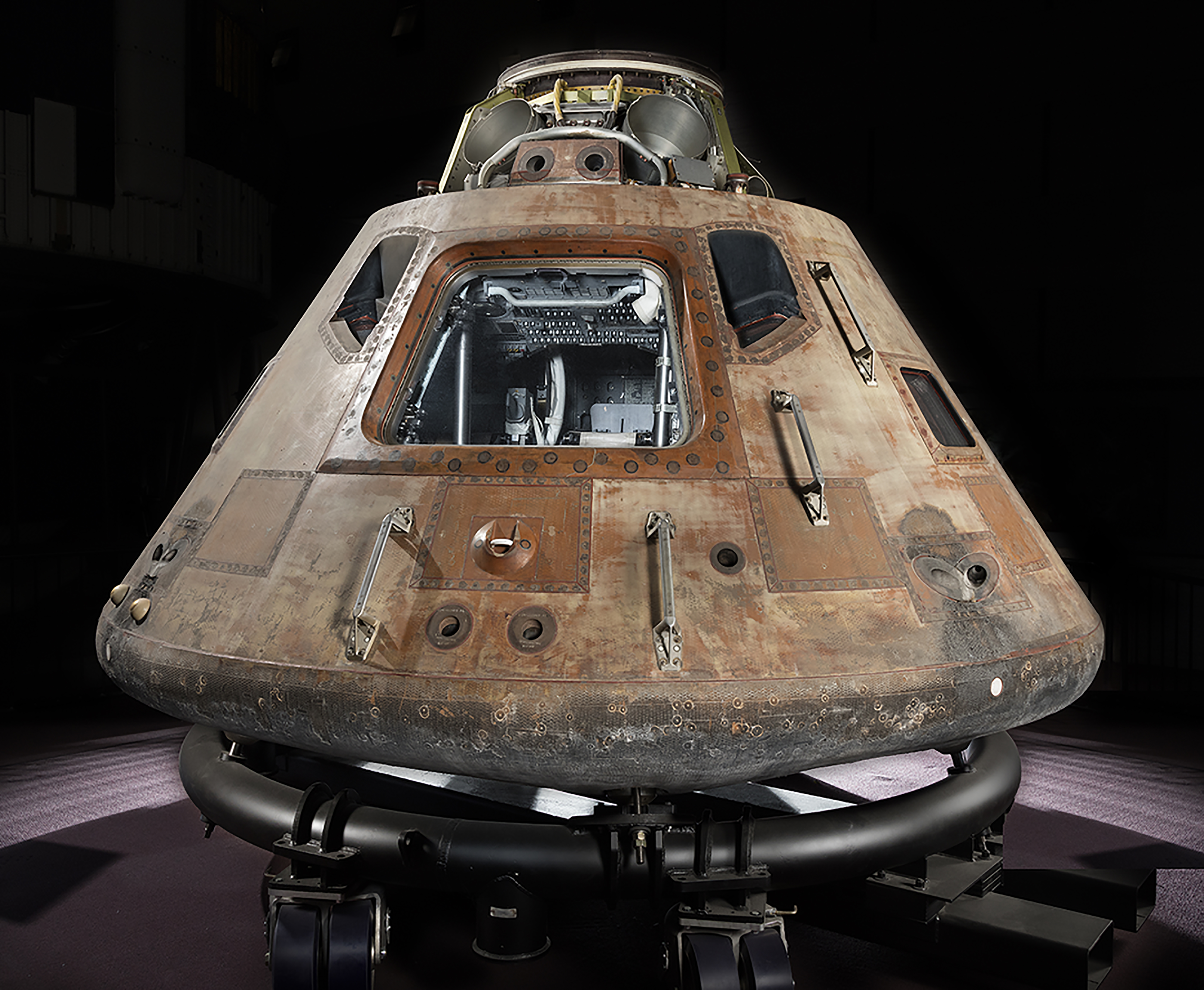 The Apollo 11 command module Columbia—the only portion of the historic spacecraft to complete the first mission to land a man on the moon and safely return him to Earth—will leave the Smithsonian’s National Air and Space Museum for the first time in 46 years for the traveling exhibition “Destination Moon: The Apollo 11 Mission.”

The exhibition’s two-year national tour will celebrate the approaching 50th anniversary of the mission and explore the birth and development of the American space program and the space race.

The planned tour, organized by the Smithsonian Institution Traveling Exhibition Service (SITES), will bring the command module and more than 20 one-of-a-kind artifacts from the historic mission to some of the top museums in the country:

The Apollo 11 command module will return to a place of honor in the new exhibition “Destination Moon,” scheduled to open in 2021.

Through original Apollo 11-flown objects, models, videos and interactives, visitors will learn about the historic journey of the Apollo 11 crew—Neil Armstrong, Michael Collins and Buzz Aldrin. “Destination Moon” will include an interactive 3-D tour, created from high-resolution scans of Columbia performed at the Smithsonian in spring 2016. The interactives will allow visitors to explore the entire craft including its intricate interior, an interior that has been inaccessible to the public until now.

On July 24, 1969, Apollo 11 met President John F. Kennedy’s 1961 challenge of “landing a man on the moon and returning him safely to the Earth.” The exhibition will explore what led the United States to accept this challenge and how the resulting 953,054-mile voyage to the moon and back was accomplished just eight years after the program was authorized. “Destination Moon” will examine the mission and shed a light on some of the more than 400,000 people employed in NASA programs who worked through the trials, tragedies and triumphs of the 20 missions from 1961 to 1969 before Apollo 11.

The tour will mark the first time Columbia will leave the National Air and Space Museum since the museum opened to the public in 1976. Before entering the collection, the command module traveled on a 50-state tour throughout 1970 and 1971 covering more than 26,000 miles. It then went on display in the Smithsonian’s Arts and Industries Building before the current National Air and Space Museum was built on the National Mall.

“Destination Moon: The Apollo 11 Mission” is made possible by the support of Jeff and MacKenzie Bezos, Joe Clark, Bruce R. McCaw Family Foundation, the Charles and Lisa Simonyi Fund for Arts and Sciences, John and Susann Norton, and Gregory D. and Jennifer Walston Johnson. Transportation services for “Destination Moon” are provided by FedEx.

The traveling exhibition previews part of a new gallery opening at the National Air and Space Museum in Washington, D.C., which is slated to open in 2021. “Destination Moon” at the museum will tell the story of human exploration of the moon, from ancient dreams to the Apollo program to the missions happening right now.

All of the museums on the tour are Smithsonian Affiliates—members of a national outreach program that develops long-term collaborative partnerships with museums, educational and cultural organizations to enrich communities with Smithsonian resources.

SITES has been sharing the wealth of Smithsonian collections and research programs with millions of people outside Washington, D.C., for 65 years. SITES connects Americans to their shared cultural heritage through a wide range of exhibitions about art, science, and history, which are shown wherever people live, work and play. For exhibition description and tour schedules, visit sites.si.edu.

The National Air and Space Museum building on the National Mall in Washington, D.C., is located at Sixth Street and Independence Avenue S.W. The museum’s Steven F. Udvar-Hazy Center is located in Chantilly, Va., near Washington Dulles International Airport. Attendance at both buildings combined exceeded 9 million in 2016, making it the most visited museum in America. The museum’s research, collections, exhibitions and programs focus on aeronautical history, space history and planetary studies. Both buildings are open from 10 a.m. until 5:30 p.m. every day (closed Dec. 25). 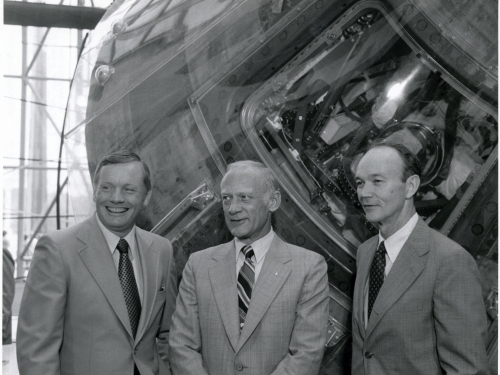