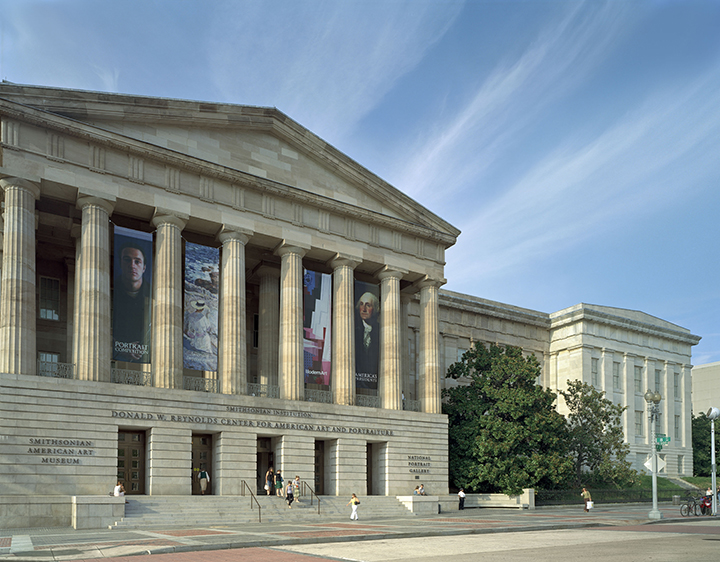 The Smithsonian American Art Museum has surpassed its campaign goals for both financial gifts and significant art gifts, a combined total of $105 million, with more than one year remaining in the campaign. The $65 million cash goal was exceeded by $3 million, with approximately one-third going to support the renovation of the museum’s historic Renwick Gallery and the addition of a state-of-the-art education center in the museum’s National Historic Landmark building, and another third enhancing the museum’s endowments. The campaign will continue through 2017 with a focus on additional artworks and endowments to support curatorial, technology and education initiatives.

“This campaign is a tremendous team effort that will benefit the museum for years to come, broadening our base of support with thousands of donors, many contributing for the first time,” said Betsy Broun, The Margaret and Terry Stent Director of the Smithsonian American Art Museum. “Our extremely generous commissioners, both current and former members, were vital to this success. I am deeply grateful for their support and the help of so many others.”

The most recent gifts of art, approved by the museum’s board at its Nov. 14 meeting, are four multichannel video installations by David Hockney, including “Woldgate Woods, Winter 2010,” “The Four Seasons, Woldgate Woods,” “Seven Yorkshire Landscapes” and “The Jugglers.” All are ambitious multi-channel video installations that Hockney refers to as “video murals.” Hockney came to the United States from England in 1964 and has maintained a studio here ever since; he is especially celebrated for his experimental use of new media technologies. The four artworks, valued together at $3.75 million, are a gift from the artist on the occasion of Broun’s retirement as director.

The Commission also approved gifts of several works by the self-taught American artists Bill Traylor and William Edmondson from the Margaret Z. Robson Collection and “Grandma Moses Goes to the Big City” (1946) by Grandma Moses, a gift of the Kallir Family in memory of Otto Kallir.

A transformative gift during the campaign is 100 photographs by legendary photographer Irving Penn, donated by the artist’s foundation in New York, including rare street photographs from the artist’s early career, images of post-war Europe, iconic portraits, color photographs made for magazine editorials and commercial advertising, self-portraits and some of Penn’s most recognizable fashion and still-life photographs. The museum’s collection now represents the full spectrum of this major artist’s career.

Another significant gift is David Smith’s steel sculpture, “Agricola IV,” donated by Commissioner Emeritus Sam Rose and Julie Walters. Smith transformed American sculpture through his use of welded metal and the sculpture is from a pivotal period in the artist’s career. “Agricola IV” is a dramatic open-space totem evoking ancient monuments.

The gift of a group of 30 artworks from the James F. Dicke Family includes “Money” by Mel Bochner, “Untitled (Fingers)” by Louise Bourgeois, “The Clemente Family” by Eric Fischl and “In Morning” by Richard Prince. Additional major works that came into the museum’s collection through the campaign for art are “Jone’s Diner,” a signature early painting by Richard Estes that is a promised gift from Norma Lee and Morton Funger; “The Vine,” a monumental bronze by Harriet Frishmuth, from Maurice and Carolyn Cunniffe; a complete photographic set of “The Brown Sisters” by Nicholas Nixon, a gift from Nion McEvoy; “Seafoam and Amber-Tipped Chandelier” by Dale Chihuly from Barbaralee Diamonstein-Spielvogel; “Modern Head” by Roy Lichtenstein from Jeffrey H. Loria; and “Untitled (Red Goat with Snake)” by Traylor that was a gift from Judy A. Saslow.