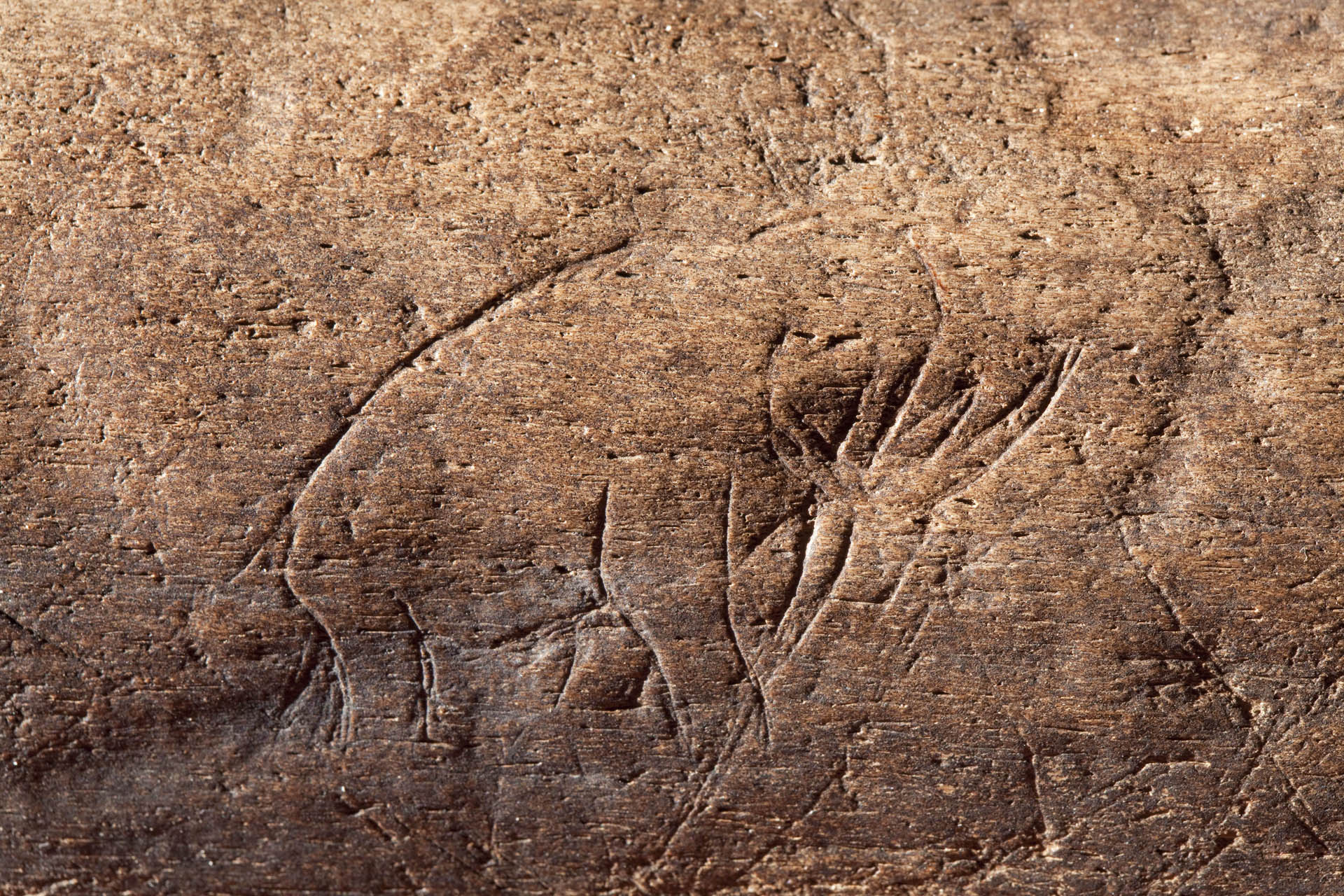 Researchers from the Smithsonian Institution and the University of Florida have announced the discovery of a bone fragment, approximately 13,000 years old, in Florida with an incised image of a mammoth or mastodon. This engraving is the oldest and only known example of Ice Age art to depict a proboscidean (the order of animals with trunks) in the Americas. The team’s research is published online in the Journal of Archaeological Science.

The bone was discovered in Vero Beach, Fla., by James Kennedy, an avocational fossil hunter, who collected the bone and later, while cleaning it, discovered the engraving. Recognizing its potential importance, Kennedy contacted scientists at the University of Florida and the Smithsonian’s Museum Conservation Institute and National Museum of Natural History.

“This is an incredibly exciting discovery,” said Dennis Stanford, anthropologist at the Smithsonian’s National Museum of Natural History and co-author of this research. “There are hundreds of depictions of proboscideans on cave walls and carved into bones in Europe, but none from America—until now.”

“The results of this investigation are an excellent example of the value of interdisciplinary research and cooperation among scientists,” said Barbara Purdy, professor emerita of anthropology at the University of Florida and lead author of the team’s research. “There was considerable skepticism expressed about the authenticity of the incising on the bone until it was examined exhaustively by archaeologists, paleontologists, forensic anthropologists, materials science engineers and artists.”

One of the main goals for the research team was to investigate the timing of the engraving—was it ancient or was it recently engraved to mimic an example of prehistoric art? It was originally found near a location, known as the Old Vero Site, where human bones were found side-by-side with the bones of extinct Ice Age animals in an excavation from 1913 to 1916. The team examined the elemental composition of the engraved bone and others from the Old Vero Site. They also used optical and electron microscopy, which showed no discontinuity in coloration between the carved grooves and the surrounding material. This indicated that both surfaces aged simultaneously and that the edges of the carving were worn and showed no signs of being carved recently or that the grooves were made with metal tools.

Believed to be genuine, this rare specimen provides evidence that people living in the Americas during the last Ice Age created artistic images of the animals they hunted. The engraving is at least 13,000 years old as this is the date for the last appearance of these animals in eastern North America, and more recent Pre-Columbian people would not have seen a mammoth or mastodon to draw.

The team’s research also further validates the findings of geologist Elias Howard Sellards at the Old Vero Site in the early 20th century. His claims that people were in North America and hunted animals at Vero Beach during the last Ice Age have been disputed over the past 95 years.

A cast of the carved fossil bone is now part of an exhibit of Florida Mammoth and Mastodons at the Florida Museum of Natural History in Gainesville.