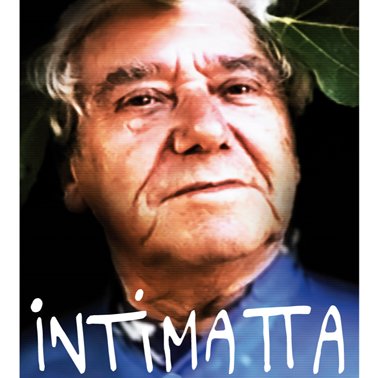 The Smithsonian’s Hirshhorn Museum and Sculpture Garden and AMA | Art Museum of the Americas announce the U.S. premiere of INTIMATTA, the new documentary film about acclaimed Chilean artist Roberto Matta (1911-2002), Wednesday, June 27, at 6 p.m. in the Hirshhorn’s Ring Auditorium. Directed by the artist’s son, Ramuntcho Matta, this cinematic portrait of the artist’s career was compiled from dozens of video recordings and interviews from 1986 to 2000, including significant footage of Matta’s contemporaries. The film details the artist’s relationships with Le Corbusier, Marcel Duchamp and André Breton, and his involvement with the surrealists in Paris and the abstract expressionists in New York. Ramuntcho Matta relied heavily on his father’s unpublished notebooks, letters and postcards, which offer a rare glimpse into the artist’s personal life. INTIMATTA is a journey through Matta’s life and career that immerses the audience in the artist’s creative world. Ramuntcho Matta will introduce the film.

This event is hosted in collaboration with the Art Museum of the Americas and the Organization of American States. It is free and open to the public; doors will open at 5:30 p.m. and the film will begin at 6 p.m.

One of the most prolific artists of the 20th century, Roberto Sebastián Antonio Matta Echuarren was an intense, energetic and forceful presence. Born in Chile Nov. 11, 1911, he studied architecture at the University of Chile in Santiago. He moved to Paris in 1933 where he worked as an architectural draftsman for Le Corbusier and, after befriending Salvador Dalí and Breton, joined the surrealists in 1937. A truly international artist, Matta traveled widely, worked in surrealist circles in Paris and formed lasting and influential relationships with the abstract expressionists in New York, where he moved in 1939. While he did not directly employ themes of his native Chile in his work, there are references to Chilean poets Pablo Neruda and Gabriela Mistral as well as the acclaimed Spanish poet Federico García Lorca; these writers were his first contacts in Europe and were some of the most significant influences on his artistic project. Matta incorporated his diverse interests in architecture, mathematics and physics into his work and won praise from Duchamp as well as prominent curators and critics in Europe and the United States. Matta remains one of the most significant artists of the 20th century.

The Hirshhorn Museum owns 18 works by Matta. Two of his works “Untitled” (c. 1949) and “The Three” (1951) were featured in the Hirshhorn’s inaugural exhibition of 1974. The Organization of American States and its AMA | Art Museum of the Americas also have a long history with Matta. The OAS has hosted two Matta solo exhibitions, “Matta of Chile: Oils and Drawings” (1955) (the artist’s first solo exhibition in Washington, D.C.) and “Roberto Matta: Architect of Surrealism” (2003). The AMA has a total of 14 Matta works in its permanent collection.

The Hirshhorn Museum and Sculpture Garden, the Smithsonian Institution’s museum of international modern and contemporary art, has nearly 12,000 paintings, sculptures, photographs, mixed-media installations, works on paper and new media works in its collection. The Hirshhorn presents diverse exhibitions and offers an array of public programs that explore current art. Located at Independence Avenue and Seventh Street S.W., the museum is open daily from 10 a.m. to 5:30 p.m. (except Dec. 25). Admission to the galleries and special programs is free. For more information about exhibitions and events, visit hirshhorn.si.edu. To request accessibility services, contact Kristy Maruca at marucak@si.edu or (202) 633-2796, preferably two weeks in advance.

About AMA | Art Museum of the Americas

The origin of AMA | Art Museum of the Americas, of the Organization of American States—a regional forum committed to democracy, good governance, human rights, peace, security and development—dates back to 1917 with the establishment of the Visual Arts Unit. In the late 1940s, the Visual Arts Unit became a nexus for the promotion of Latin American and Caribbean art in the United States. In 1976 this unit became AMA, which is now housed in one of the iconic OAS buildings designed by noted architect Paul Crét in 1912. AMA and its permanent collection and exhibitions have a unique regional focus, drawing on the arts to showcase a constructive vision of the future of the Americas through local and hemispheric cultural exchange. This is achieved by showcasing cutting-edge exhibits of artists that creatively combine aesthetics with topical social and political issues while establishing a dialogue of these works with AMA’s permanent collection. AMA is located at 201 18th St. N.W. in Washington, D.C., just off Constitution Avenue.