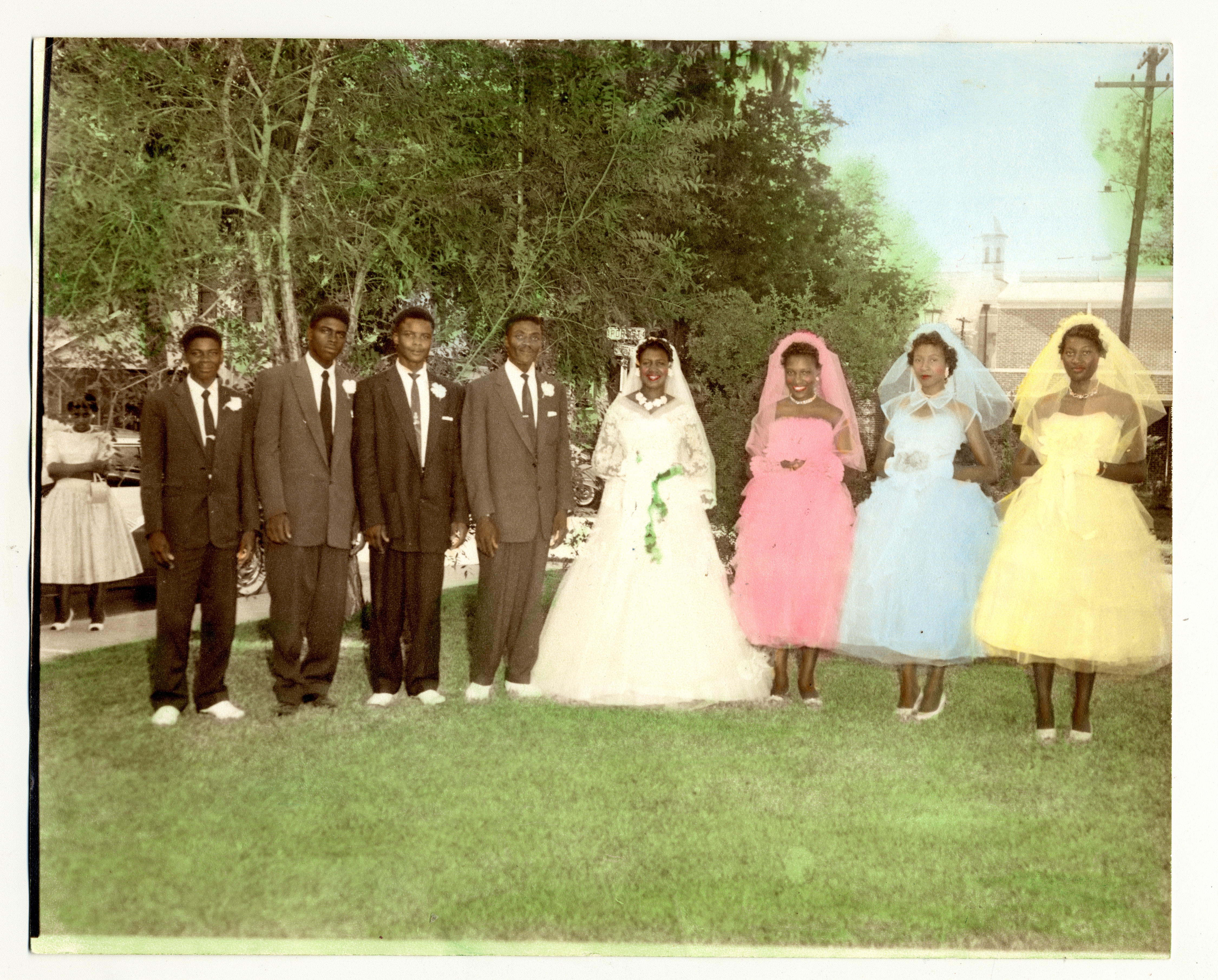 On view are an assortment of black-and-white and hand-tinted photos that were selected from two Archives Center Photography Collections. The Scurlock Studio Collection features the work of Addison Scurlock and his sons Robert and George, who documented not only weddings and graduations, but symbolic events that affected Washington, D.C., from sporting events to civil protests, for more than 90 years. The Fournet Drug Store Collection features photos that were long forgotten at Fournet Drug Store in St. Martinville, La., a multigenerational business with an African American clientele that closed in 1984.

Little is known about each photo, and in some cases, the museum only has the name of the photographer. For example, who are the debutantes in the1947 procession taken at the Bachelor Benedict Club in Washington? What happened to Leonard Mitchell and his date who left their prom night photo at Fournet Drug store in 1957?

Through its blog, the museum reached out to the public to help select the images on view and to add their opinions and insights to the comments sections. The readers also helped identify some of the images. One reader let the museum know that the kids’ birthday party featured in the exhibit took place at Mrs. Howard’s Garden of Children, which was founded by Dorothy Howard in 1929 in her Dupont Circle home.

Another reader wrote in to say that she believed her childhood friend is the infant pictured in one image identified as “Christening of Deane baby, March 1949.” Other celebratory occasions featured in the display include a proud graduating class of Freedmen’s Hospital Nurses in 1930, a joyous couple cutting the cake on their 50th wedding anniversary and a little girl garbed in white to participate in her First Communion.

The display will feature large free-standing images while other photos will be presented in “snapshot” size on the exhibit labels. Several visitor comments will be included in the captions of the display, along with commentary from staff who work throughout the museum. The display is also building in its own photo moment: Visitors can create their own snapshot memory by posing next to a dapper couple at the “cut out” door of a vintage car from the 1920s.

Scurlock Studio business ledgers are in the collection of the museum’s Archives Center. Volunteers can help transcribe these records so that the museum can create a database of Scurlock patrons that can be searched by name and location. To access this Smithsonian transcription project, go to https://transcription.si.edu/project/8512.

Through incomparable collections, rigorous research and dynamic public outreach, the National Museum of American History explores the infinite richness and complexity of American history. It helps people understand the past in order to make sense of the present and shape a more humane future. The museum is continuing to renovate its west exhibition wing, developing galleries on democracy and culture. The museum is located on Constitution Avenue, between 12th and 14th streets N.W., and is open daily from 10 a.m. to 5:30 p.m. Admission is free. For more information, visit http://americanhistory.si.edu. For Smithsonian information, the public may call (202) 633-1000.