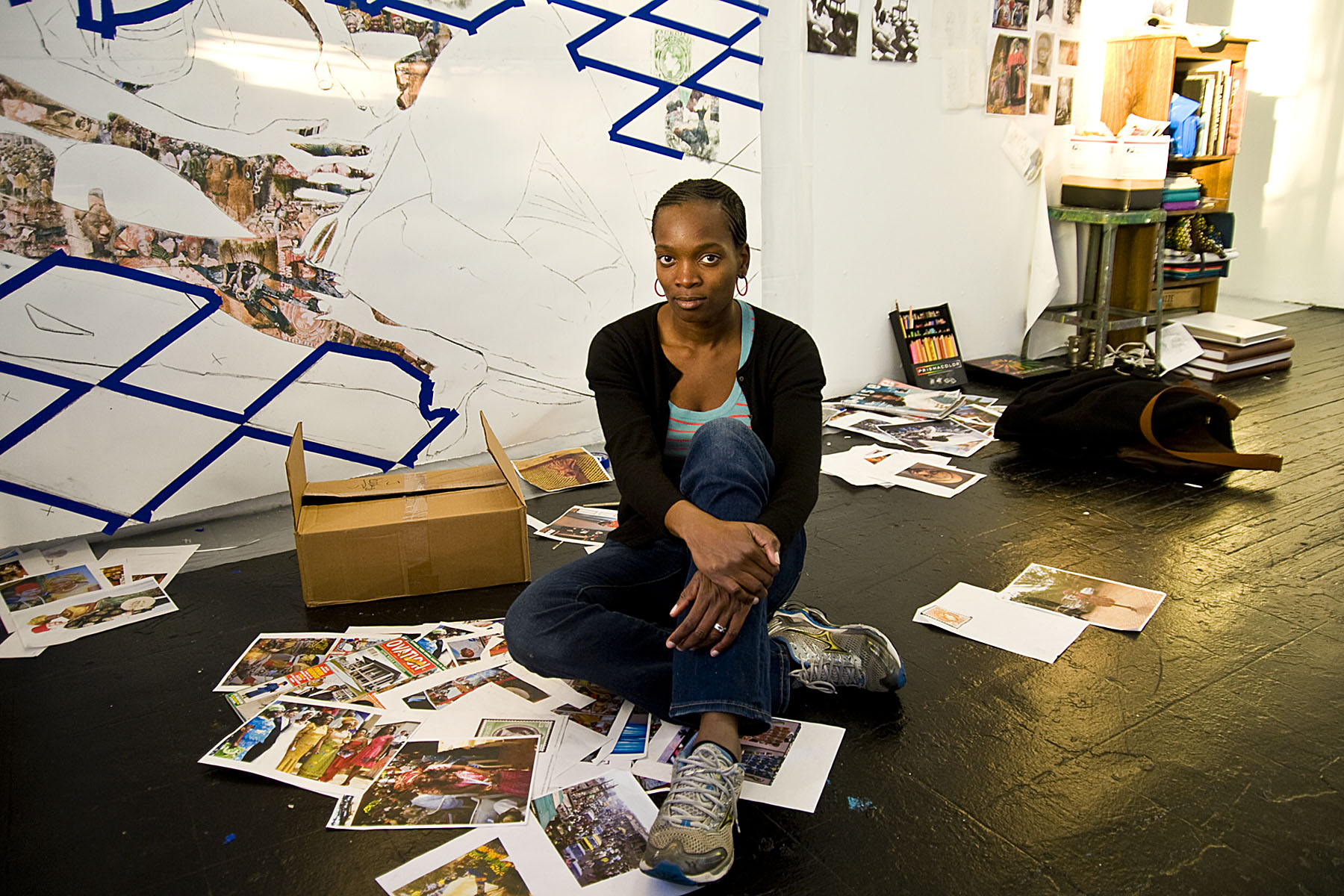 The Smithsonian American Art Museum announced today that Njideka Akunyili Crosby is the 2014 winner of its James Dicke Contemporary Artist Prize. Akunyili Crosby was selected by an independent panel of jurors who recognized her paintings as “bold yet intimate” and characterized them as “among the most visually, conceptually and technically exciting work being made today.”

Akunyili Crosby is the 11th winner of the $25,000 award, which recognizes an artist younger than 50 who has produced a significant body of work and consistently demonstrates exceptional creativity. It is intended to encourage the artist’s future development and experimentation.

“It is fitting that the Dicke Prize this year recognize Njideka Akunyili Crosby for her distinctive work that bridges her identity as Nigerian and American,” said Elizabeth Broun, The Margaret and Terry Stent Director of the Smithsonian American Art Museum. “The Smithsonian American Art Museum tells the story of the American experience and our shared global connections through the eyes of our artists.”

The winning artist is selected by a panel of distinguished jurors with an extensive knowledge of contemporary art. The five jurors who selected the 2014 winner are Thelma Golden, director and chief curator of The Studio Museum in Harlem; Byron Kim, artist; Harry Philbrick, The Edna S. Tuttleman Director of the Museum at the Pennsylvania Academy of the Fine Arts; Walter Robinson, artist, critic and founding editor of Artnet Magazine; Sheena Wagstaff, the Leonard A. Lauder Chairman of modern and contemporary art at The Metropolitan Museum of Art.

The jurors wrote in their decision, “Njideka Akunyili Crosby’s nuanced work reflects the increasingly transnational nature of the contemporary art world. Akunyili Crosby sensitively negotiates the cultural terrain between her adopted home in America and her native Nigeria, creating collage and photo transfer-based paintings that expose the challenges of occupying these two worlds. She has created a sophisticated visual language that pays homage to the history of Western painting while also referencing African cultural traditions. Akunyili Crosby has a striking ability to depict deeply personal imagery that transcends the specificity of individual experience and engages in a global dialogue about trenchant social and political issues.”

Akunyili Crosby creates vibrant paintings that weave together personal and cultural narratives drawn from her experience. She uses an array of materials and techniques in each of her autobiographical works. Collage and photo-transfer provide texture and complexity to the surface of each composition in which photographs from family albums mingle with images from popular Nigerian lifestyle magazines. This varied and inventive use of media serves as a visual metaphor for the intersection of cultures as well as the artist’s own hybrid identity.

Akunyili Crosby was born in 1983 in Enugu, Nigeria. She graduated with a bachelor’s degree from Swarthmore College in 2004, then studied at the Pennsylvania Academy of Fine Arts before earning a master’s degree in fine arts from Yale University in 2011. She has participated in numerous exhibitions in the United States and abroad, including most recently “Draped Down” (2014) at The Studio Museum, “Sound Vision” (2014) at the Nasher Museum of Art at Duke University in Durham, N.C., and “Bronx Calling: The Second Bronx Biennial” (2013) at the Bronx Museum. Akunyili Crosby is represented by the Victoria Miro Gallery in London.

The Dicke Prize is part of the museum’s ongoing commitment to contemporary art and artists through annual exhibitions, curatorial appointments, endowments, public programs, awards, acquisitions and commissions. From 2001 to 2008, the award was known as the Lucelia Artist Award. The current award is made possible by James Dicke II, former chair of the museum’s board of commissioners, through The James F. Dicke Endowment for Contemporary Art.