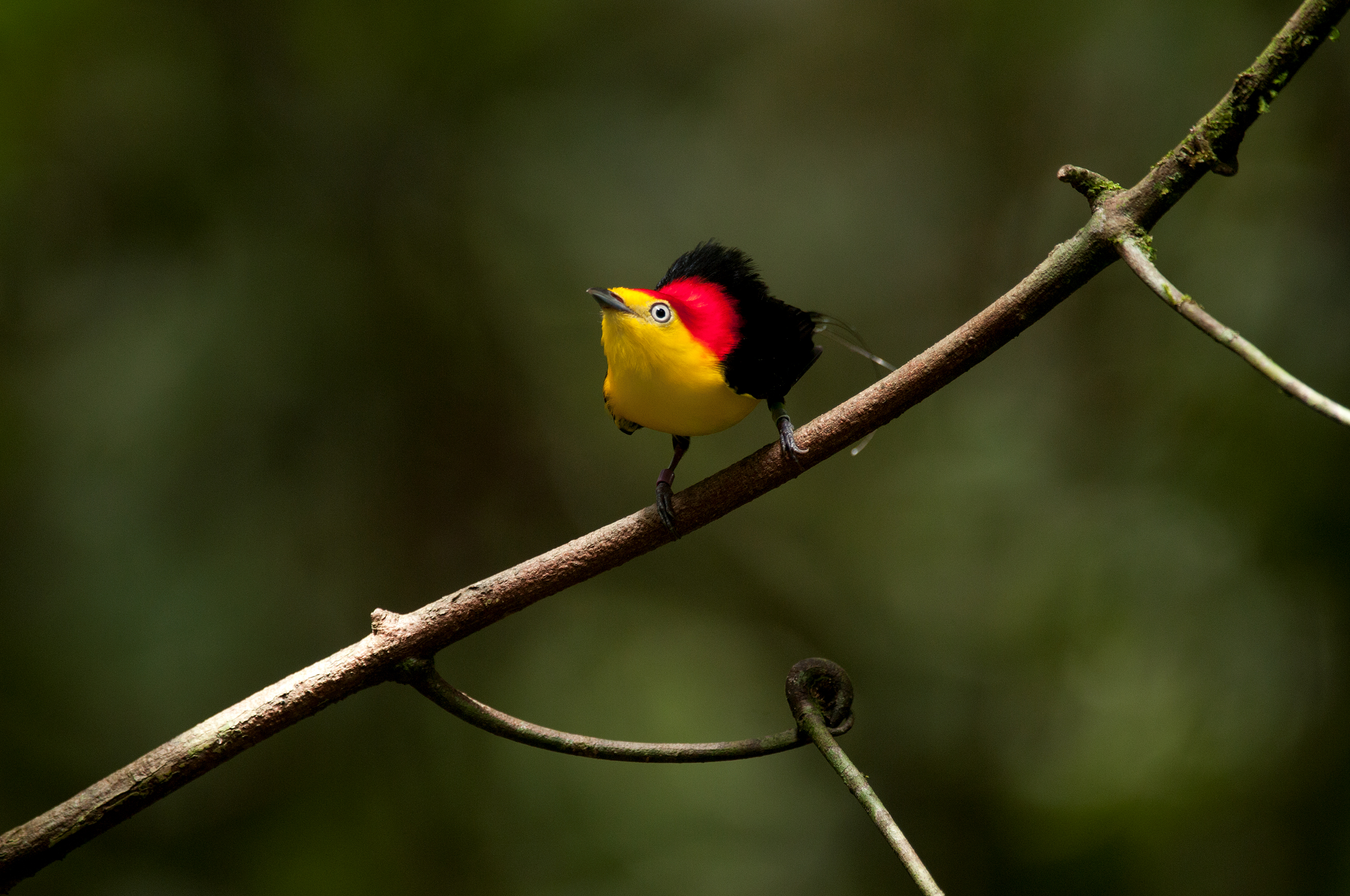 Extreme weather conditions, like those expected with this year’s powerful El Niño, have strong effects on a charismatic Amazonian bird species, the wire-tailed manakin (Pipra filicauda), according to a paper published by the Smithsonian Conservation Biology Institute’s (SCBI) Migratory Bird Center Jan. 20 in Proceedings of the Royal Society.

The wire-tailed manakin is a unique species because of how it breeds—males come together in one small area, called a lek, and participate in a group display to attract females. The birds establish leks where there is an abundance of food (fruit) and return to the same lek year after year. Smithsonian Migratory Bird Center (SMBC) researchers found that climate plays a direct role in determining the survival of the birds and how stable the lek is over time. The researchers hypothesize these patterns are driven by how climate influences food availability.

“Our expectation was that these leks would be buffered in the rainforest and very stable over time,” said Brandt Ryder, SMBC research associate and lead author of the paper. “But what we found is that these severe and persistent weather conditions appear to be limiting the resources the birds need to maintain their leks and successfully breed.”

During El Niño events, the Amazon is dry, with less rainfall, less cloud cover and more sunlight. This causes plants to flower in synchrony, providing an abundance of fruit for the birds in their established territories. La Niña events tend to be very wet, with less sunlight and therefore fewer flowering plants, which means less fruit for the birds. The researchers found that wire-tailed manakins are less likely to survive during consecutive La Niña events or if one event is particularly severe.

“The effects of severe climate variation appear to affect many Amazonian bird species, which could be a real conservation concern,” Ryder said. “There’s no immediate way to mitigate the effects of climate change, but this is an issue everybody should be considering for future conservation planning.”

SMBC has been studying the wire-tailed manakin for the past 15 years in part because of its unique social and breeding system. There are about 540 species of birds in the Ecuadorean Amazon and 100 bird species worldwide are known to use lekking as a mating strategy.