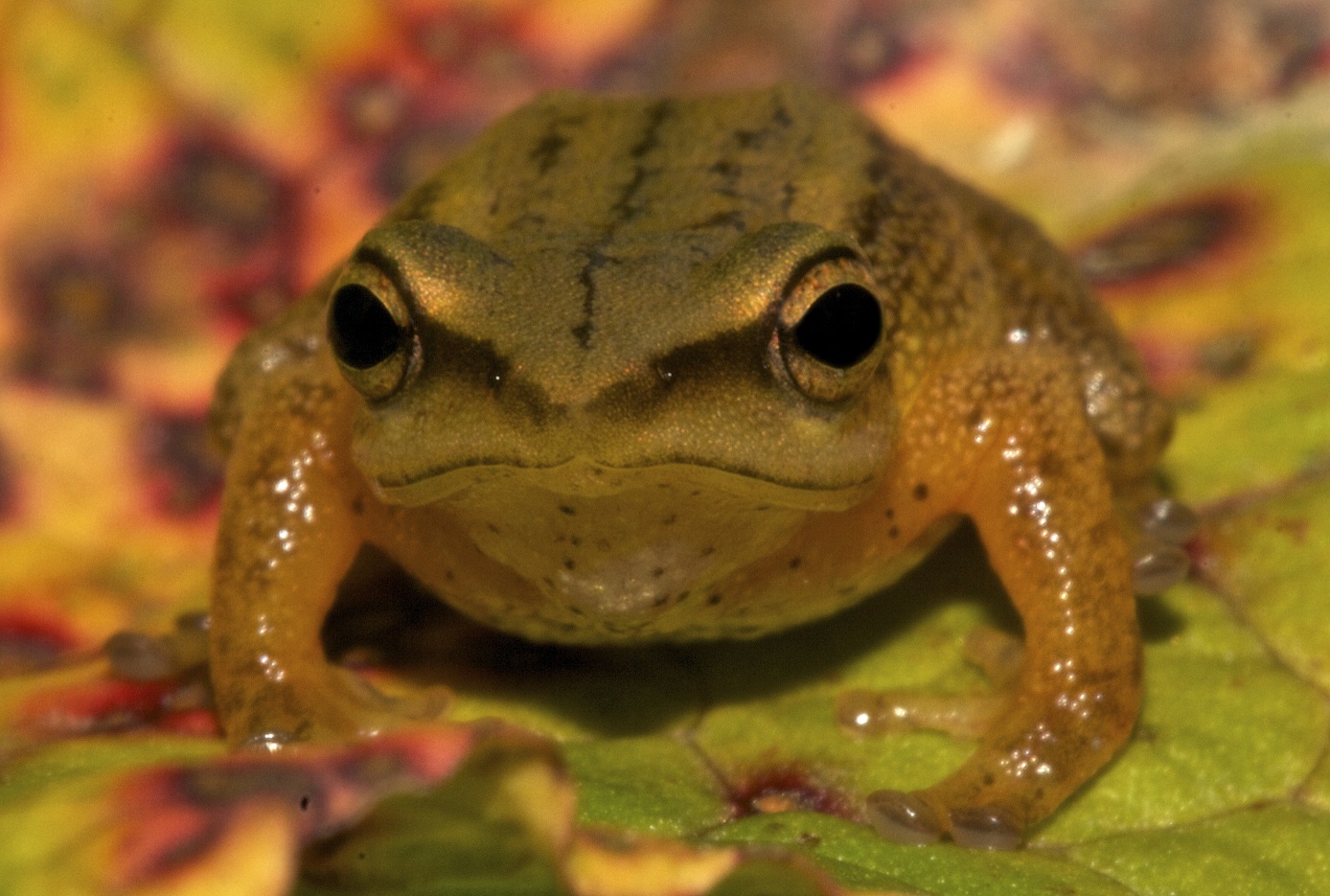 A team of scientists including a Smithsonian Tropical Research Institute (STRI) research associate announced the discovery of a new species of pale-gold colored frog from the cloud forests of the high Andes in Colombia. Its name, Pristimantis dorado, commemorates both its color (dorado means “golden” in Spanish) and El Dorado, a mythical city of gold eagerly sought for centuries by Spanish conquistadores in South America.

“The Spaniards assumed Colombia’s wealth was its gold, but today we understand that the real riches of the country lie in its biodiversity,” said Andrew Crawford, a STRI research associate and faculty member at the Universidad de Los Andes.

The extraordinarily diverse group to which the new species belongs, Pristimantis, includes 465 recognized species, 205 of them from Colombia. The mountainous terrain of the Andes probably led to the evolution of so many different ground-dwelling frogs, in which the eggs develop directly into tiny baby frogs without going through a tadpole phase. At seven-tenths of an inch long, the species is among the smaller species in the group. The largest species grow to be 2 inches in length.

Males of many frog species advertise for females with distinctive calls produced by vocal sacs or vocal slits. Oddly, although the new species lacks these structures, males are still able to produce calls consisting of an irregularly pulsed series of clicks.

The new species was found calling from bushes along a roadside at about 8,700 feet elevation near Chingaza National Park, roughly10 miles east of Bogotá, Colombia’s capital and largest city. Its discovery so close to a metropolitan area of nearly 10 million inhabitants illustrates how much of the planet’s biodiversity remains to be discovered.

The Smithsonian Tropical Research Institute, headquartered in Panama City, Panama, is a part of the Smithsonian Institution. The Institute furthers the understanding of tropical nature and its importance to human welfare, trains students to conduct research in the tropics and promotes conservation by increasing public awareness of the beauty and importance of tropical ecosystems. Website: http://stri.si.edu/