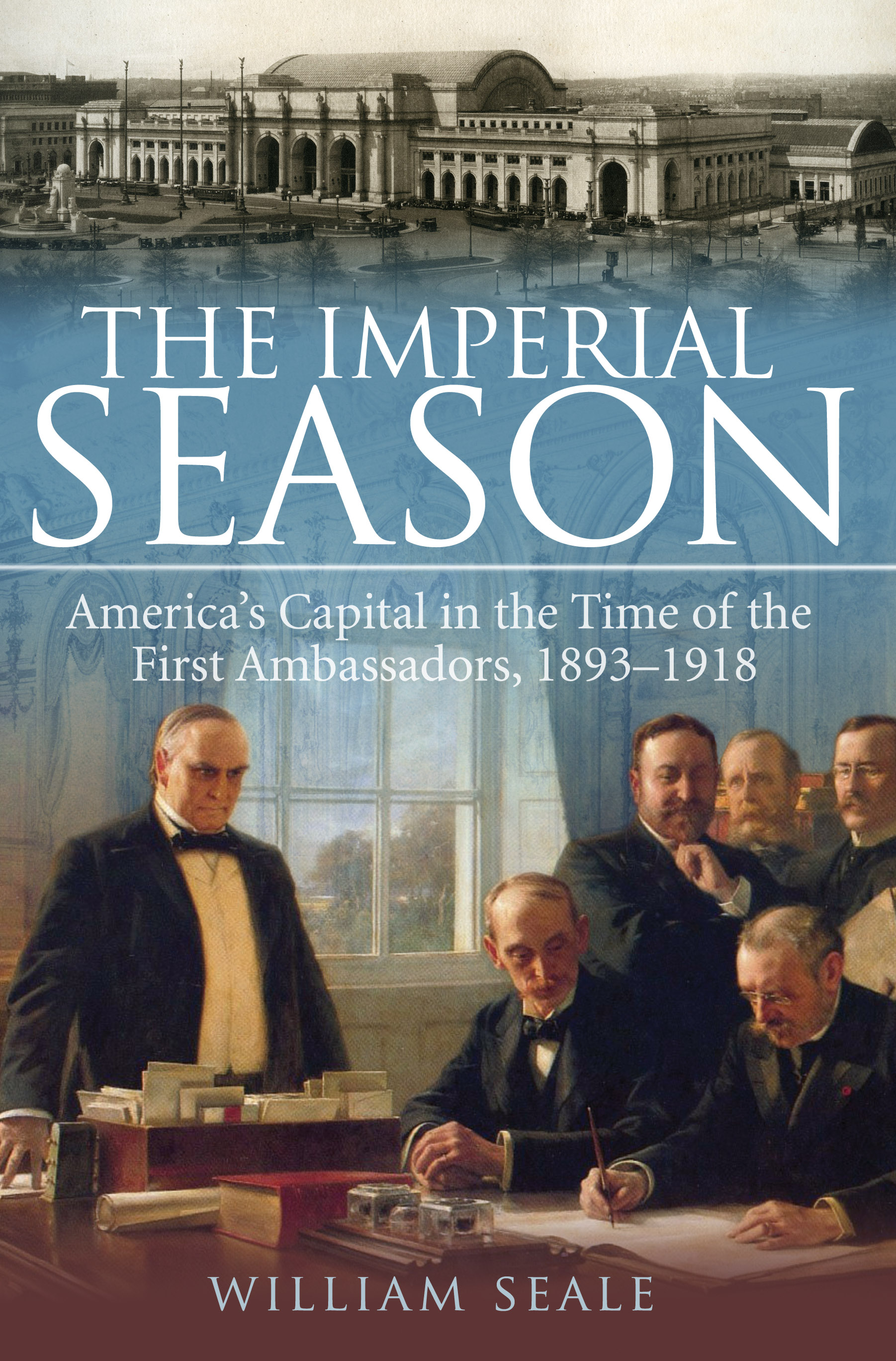 The Imperial Season: America’s Capital in the Time of the First Ambassadors, 1893-1918, published by Smithsonian Books, describes the little-explored period of American history from 1893 to 1918 in which America became a world power and played an increasingly important role in international politics. This story of the young city of Washington, D.C., coming up in the international scene is populated with presidents, foreign diplomats, civil servants, architects, artists and influential hosts and hostesses who were enamored of the idea of world power but had little idea of the responsibilities involved.

William Seale documents the 25-year period that he terms the “imperial season,” from the first ambassadorial ceremony in Washington in 1893 to the armistice that concluded World War I combat in 1918. The first surge of America’s world power after the Spanish American War led to profound changes in diplomacy, which in turn led to a vibrant official life in Washington. Seale documents all of these changes and more; as a result, The Imperial Season encompasses American diplomacy, social history, architecture and politics during this time period.

During the imperial season, the nation’s capital experienced immense growth and change. Visionaries gravitated to Washington and sought to make it the glorious equal of the great European capitals of the day. Remains of the period define Washington today—the monuments and great civic buildings near the National Mall and the private mansions built on the avenues that now serve as embassies.

The Imperial Season is a unique social history that defines a little-explored period of American history that left an indelible mark on the nation’s capital. It is filled with remarkable characters both remembered and forgotten, and some brought to life for the very first time.