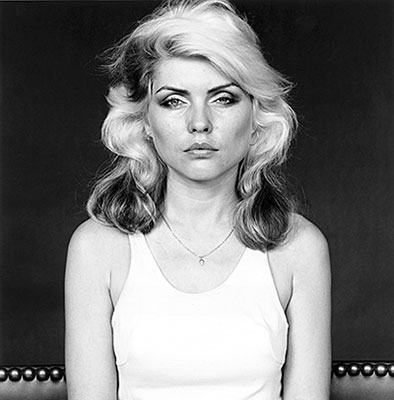 What does it mean when we say someone is cool? Cool carries a social charge of rebellious self-expression, charisma, edge and mystery. “American Cool” will feature 100 photographs of icons who have contributed an original artistic vision to American culture and are symbolic figures of their time. The exhibition will be open at the Smithsonian’s National Portrait Gallery Feb. 7 through Sept. 7.

Cool is an original American concept and remains a global obsession. In the early 1940s, legendary jazz saxophonist Lester Young brought this central African American sensibility into the modern vernacular. Cool became a password in bohemian life connoting a balanced state of mind, a dynamic mode of performance and a certain stylish stoicism. A cool person always seems to have the situation under control with a signature style.

“‘American Cool’ is about America’s greatest cultural export—cool—and who embodies it,” said Kim Sajet, director of the National Portrait Gallery. “What you might find surprising about this show is how far back this idea reaches. I especially like this how this exhibition shows photographs of icons by world-renowned photographers. And that the show offers an opportunity for a national conversation about who defines ‘cool.’”

To choose the 100 figures for the show, the exhibition curators created a historical rubric of four factors: An original artistic vision carried off with a signature style; the embodiment of cultural rebellion or transgression for a given generation; iconic power, or instant visual recognition; and a recognized cultural legacy. Each cool figure possesses at least three of these elements; the 100 people represent the successful rebels of American culture.

Cool has been embodied in jazz musicians such as Miles Davis and Billie Holiday; in actors such as Johnny Depp, Faye Dunaway and Robert Mitchum; and in singers such as Elvis Presley, Patti Smith and Jay-Z. They emerged from a variety of fields: art, music, film, sports comedy, literature and even political activism. “American Cool” is the zeitgeist taking embodied form.

These people are captured by some of the most important fine-art photographers of the 20th century, including Diane Arbus, Richard Avedon, Henri Cartier-Bresson, Annie Leibovitz and Herman Leonard.

The exhibition includes five film and music clips for visitors to play. In addition, there will be music playing in the galleries created by 10 of the jazz, blues and rock-and-roll artists in the show. Public programs include curator-led tours scheduled Feb. 8 at 2:30 p.m. and March 8 at 2 p.m.

“American Cool” is accompanied by a fully illustrated 192-page catalog of the same title, published by Delmonico Books, with essays by the exhibition curators, Joel Dinerstein and Frank H. Goodyear III, and available for $49.95.

Dinerstein is the James H. Clark Endowed Chair in American Civilization and director of the New Orleans Center for the Gulf South at Tulane University. Goodyear is co-director of the Bowdoin College Museum of Art and former curator of photographs at the National Portrait Gallery.

“American Cool” is made possible by the support of History Channel. Additional support is provided by Destination DC.

The Roots of Cool

The Birth of Cool

Cool and the Counterculture

The Legacy of Cool