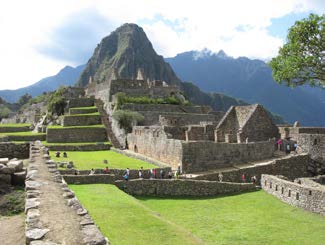 The Smithsonian’s National Museum of the American Indian presents “Engineering the Inka Empire: A Symposium on Sustainability and Ancient Technologies,” a day of panel discussions Thursday, Nov. 14, from 10 a.m. to 5 p.m. in the museum’s Rasmuson Theater.

One of civilization’s most impressive engineering achievements, the Inka Road (or Qhapaq Ñan) traversed the Inka Empire, which encompassed large territories of present-day Peru, Bolivia, Ecuador, Colombia, Argentina and Chile. The symposium explores new theories and discoveries about the construction of the Inka Road and how these ancient techniques can be applied by modern engineers and city planners. Presentations by noted international engineers and scholars illuminate the planning, building and sustainability of the magnificent Inka roads that 500 years ago integrated the mountainous world of the Andes.

Co-sponsored by the National Museum of the American Indian and the Smithsonian Latino Center, this symposium was supported by the Smithsonian’s Consortium for Valuing World Cultures. It will be webcast live here. A full program and biographies of the symposium’s speakers are available here.