National Museum of American History Showcases “Toys from the Attic” 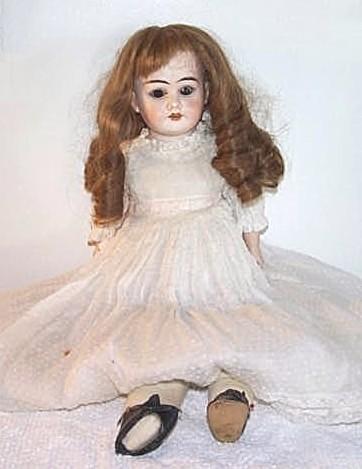 The Smithsonian’s National Museum of American History is featuring more than a century of toy history in a history highlights case, “Toys from the Attic.” Showcasing toys from 1825 to 1939, the case explores the changing experience of an American middle-class child. With the improving economy of the 19th century, children were sent to school rather than to work, and adults began to understand the distinct importance of childhood and its specific needs. These changes allowed American children time to play and encouraged greater demand for manufactured toys. Toy companies began to create evermore sophisticated toys intended to entertain, educate and prepare children for adulthood.

The case highlights more than 30 physically and mentally stimulating toys, including an 1890s’ swimming doll, an early 20th-century tricycle and a 1908 children’s carpet sweeper. It examines manufacturers’ methods of toy innovation, such as moveable parts, as well as the history of toy marketing, including its shift to targeting children directly and the selling of toys in “wish lists,” catalogs and department stores. “Toys from the Attic” demonstrates how greater public demand led to the more affordable mass-production of toys, such as alphabet blocks and children’s sewing machines, which would supplement education and prepare children for adult life.

The National Museum of American History collects, preserves and displays American heritage in the areas of social, political, cultural, scientific and military history. To mark the 50th anniversary of the Greensboro lunch counter sit-in, the museum explores stories of freedom and justice, both in Washington and online. To learn more about the museum, check http://americanhistory.si.edu. For Smithsonian information, the public may call (202) 633-1000, (202) 633-5285 (TTY).