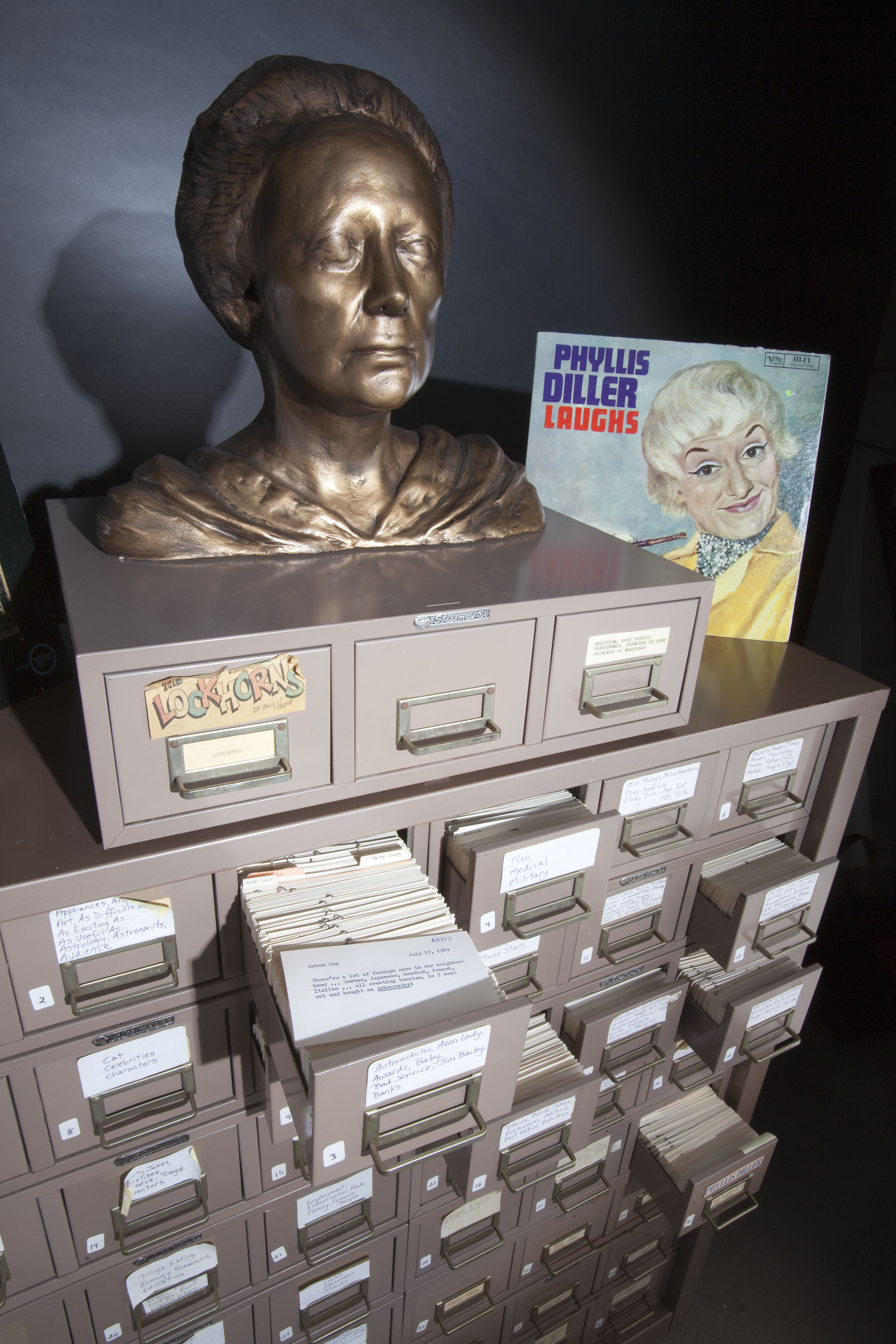 The Smithsonian’s National Museum of American History will open a new display in the Albert H. Small Documents Gallery Aug. 12. “Have You Heard the One…? The Phyllis Diller Gag File” brings to life one of America’s most iconic and influential comediennes.

At the center of the display is the gag file, a steel cabinet with 48 file-drawers containing more than 50,000 jokes and gags typewritten on index cards by Diller during her career. It also includes some of Diller’s most iconic costume pieces—an unkempt wig, wrist-length gloves, cloth-covered ankle boots and a bejeweled cigarette holder, all of which became synonymous with her comedic persona. As her career progressed, Diller also worked her jokes into various books, which reached an even wider audience.

“Phyllis Diller used her experience as a wife and mother to create a satirical persona outside the traditional values of her audience,” said Dwight Blocker Bowers, curator. “It was her great dedication and talent that allowed her to break the gender barrier that existed in stand-up comedy at that time and pave the way for future female comics to have the same success.”

Diller knew she had an infectious sense of humor and with support from her husband and five children, in 1955, she decided to pursue a career in stand-up comedy. Within five years, Diller was performing alongside such male entertainment icons as Bob Hope. From USO troops in Vietnam to households across America, the comic’s eccentric parodies, self-deprecating humor and zany attitude never failed to bring laughs. Her image is immortalized in caricatures and advertisements, some of which are also on display, painting a picture of the comic’s charismatic life.

The National Museum of American History collects, preserves and displays American heritage and history. To learn more about the museum, visit http://americanhistory.si.edu, or call (202) 633-1000, (202) 633-5285 (TTY) for Smithsonian Information.