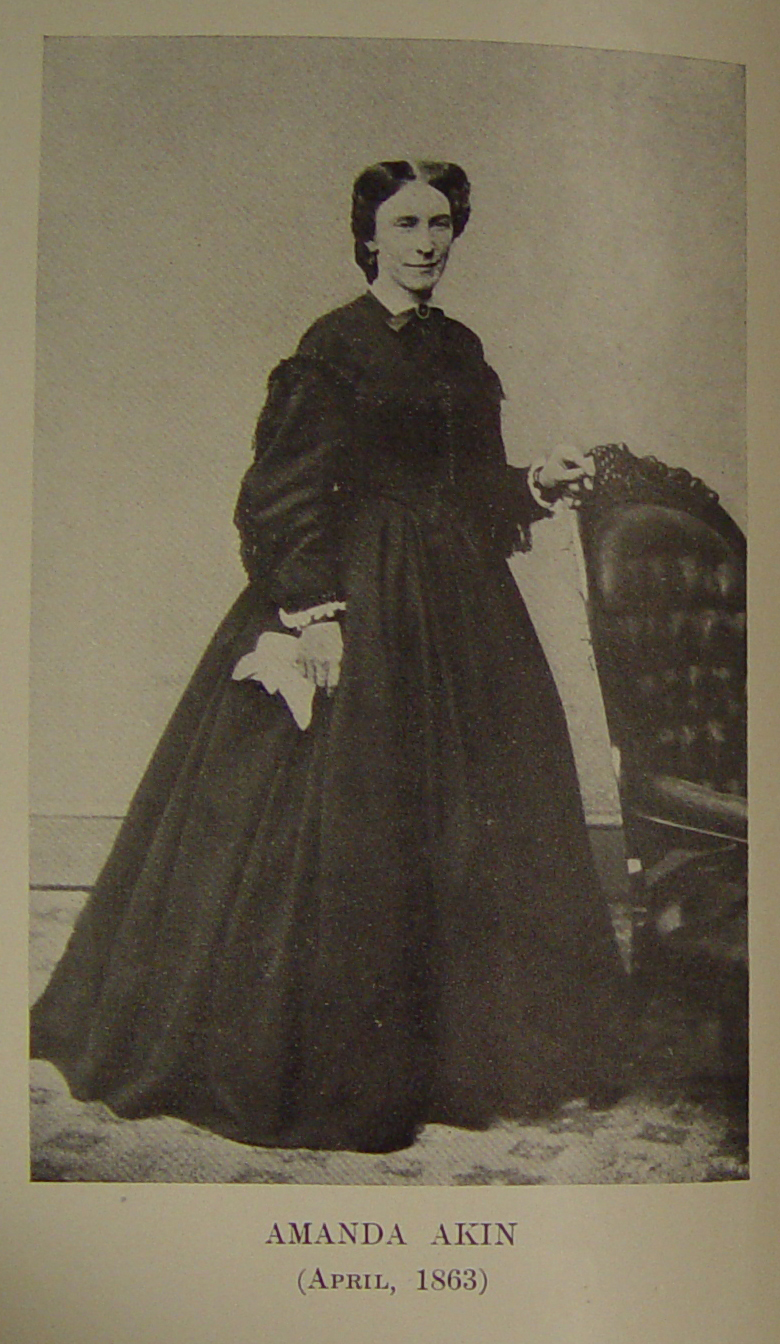 In commemoration of the 150th anniversary of the beginning of the Civil War, the Smithsonian’s National Museum of American History will open a special display titled “‘So Much Need of Service’—The Diary of a Civil War Nurse,” telling the story of Civil War nurse Amanda Akin. On loan from the National Library of Medicine, the display includes Akin’s personal diary and the published account of her experience as a nurse in the book, The Lady Nurse of Ward E. “So Much Need of Service” will be on view in the Albert H. Small Documents Gallery April 22 until July 31. The exhibit has a companion website at http://americanhistory.si.edu/civilwardc and a mobile map application for visitors to find Civil War sites in Washington, D.C.

In April 1863, Akin traveled from her home in Quaker Hill, N.Y., to serve as a nurse at the Armory Square Hospital in Washington. The hospital was built adjacent to the Smithsonian’s landscaped grounds, where the National Air and Space Museum stands today. During her 15 months at Armory Square, Akin was eager to document her new experience as a nurse. By writing letters to her family and keeping a journal about her personal moments in the hospital, Akin left behind a history that provides a glimpse into the daily life of the several million men and women who left their families and communities behind to contribute to the Civil War effort.

“It is fascinating how much our understanding of the war is enhanced by just one woman’s account,” said Brent D. Glass, director of the museum. “By looking at Amanda Akin’s story, the museum gives the public an opportunity to learn about not only the laborious, but emotional, challenges of nurses during that time in history.”

Because nursing was not yet established as a profession, most men and women came into hospitals with no specialized medical training or preparation. Instead, they were expected to learn as they went about their daily activities. Administering medicines and distributing special diets were daily tasks for Akin and other nurses at Armory Square. Nurses spent time doing nonmedical tasks too, including writing letters for the men, tending to hospital visitors and entertaining the patients by singing and playing music. Akin also managed to find time to visit the Smithsonian nearby, attending lectures and visiting exhibitions. As she wrote to her sisters in 1863, “The Smithsonian grounds opposite are such a treat to us. We can run there for a few moments, and the complete change renovates mind and body.”

“Amanda Akin’s writings vividly bring the Civil War to life,” said NLM Director Donald A.B. Lindberg, MD. “The fact that she herself visited the Smithsonian heightens the feeling of immediacy as we read her words in a setting nearby. We are pleased to share items from our collection, to add depth and breadth to her story.”

Also on display within “So Much Need of Service” are two copies of the hospitals in-house publication, the Armory Square Hospital Gazette. During the Civil War, some hospitals published their own newspapers as a way to chronicle events in the hospital and communicate with distant friends and family. Akin submitted several pieces to the Gazette, including accounts of religious services and concerts, a verse on spring and death notices for several patients under her care. The Gazette, like other in-house hospital newspapers, was edited and printed by staff and patients.

Celebrating its 175th anniversary in 2011, the National Library of Medicine is the world’s largest library of the health sciences and collects, organizes and makes available biomedical science information to scientists, health professionals and the public. For more information, visit the website at http://www.nlm.nih.gov.