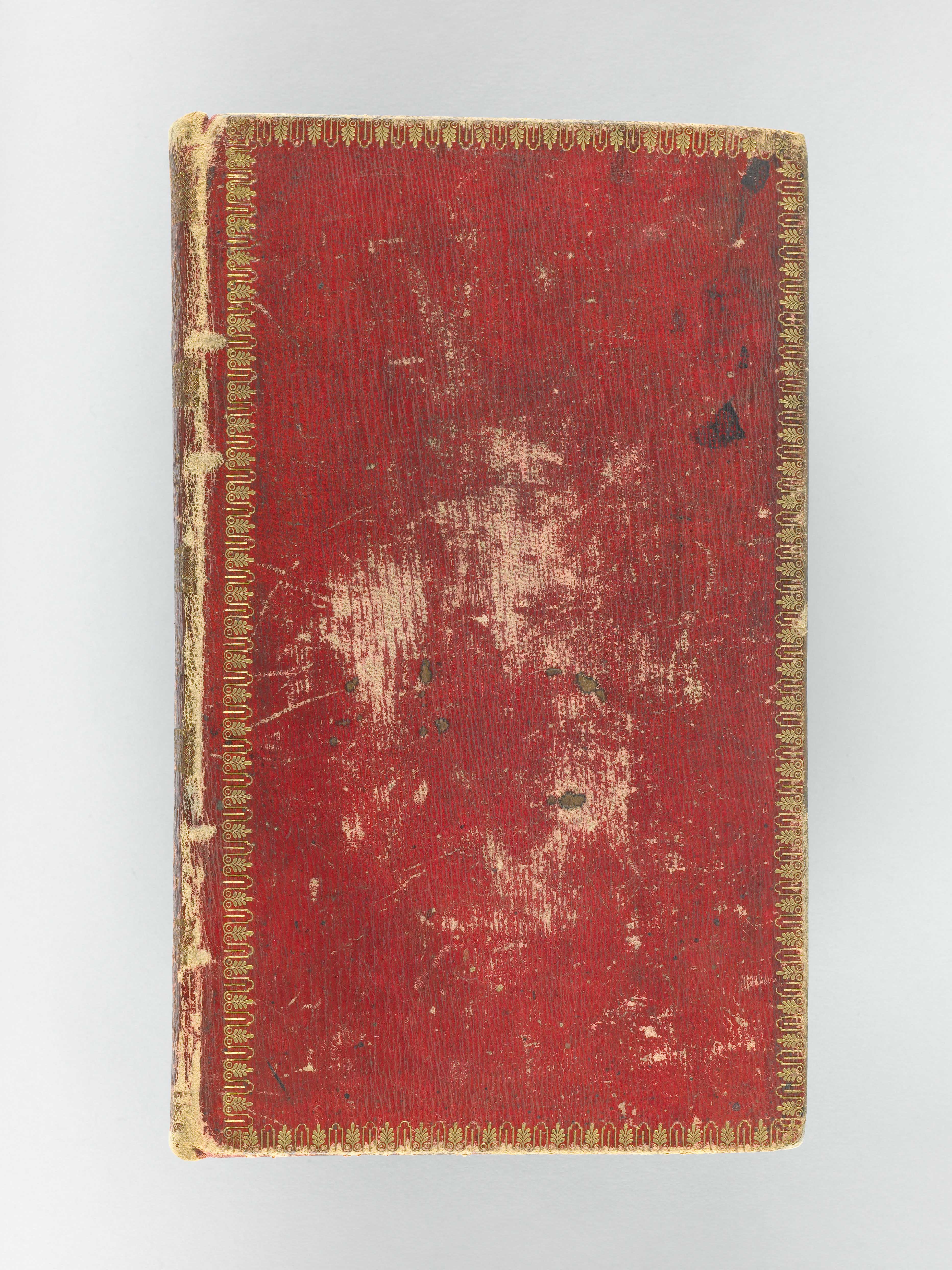 The Smithsonian’s National Museum of American History is currently performing a specialized conservation treatment to ensure the long-term preservation of Thomas Jefferson’s bible, a small handmade book that provides an intimate view of Jefferson’s private religious and moral philosophy.

At age 77 and living at Monticello in retirement following his two terms as President, Jefferson completed a project he had long planned and long discussed with others. In 1820 he assembled what he titled “The Life and Morals of Jesus of Nazareth.” Using excerpts from the Four Gospels of the New Testament, Jefferson arranged the text to tell a chronological and edited story of Jesus’ life and moral philosophy.

“The volume provides an exclusive insight to the religious and moral beliefs of the writer of the Declaration of Independence, the nation’s third President, as well as his position as an important thinker in the Age of Enlightenment,” said Brent D. Glass, director of the museum. “The treatment will ensure that generations to come will be able to study and view this tangible witness to history.”

Professionally bound in rich Morocco leather with gold tooling, this volume (86 pages; 8.25 inches by 5 inches) was not printed but rather constructed more like a “scrapbook.” Jefferson clipped various passages from printed New Testaments in English, French, Greek and Latin and glued them onto the front and back of blank pages in four columns to allow for immediate comparison. On those pages, Jefferson wanted to clarify and distill Jesus’ teachings.

Jefferson had no intention of publishing his work, rather intending it to be private reading material and not for a larger audience. He considered his and others’ religious beliefs a private matter that should not be subjected to public scrutiny or government regulation. He knew his beliefs could be viewed as unorthodox and would offend some religious authorities, and he knew that his views could be used against him by his political opponents. The book stayed in Jefferson’s family until the Smithsonian’s librarian purchased it from Carolina Randolph, Jefferson’s great-granddaughter, in 1895. By an act of Congress in 1904, lithographic reproductions of the volume were created for distribution to members of Congress. Once these copies were distributed, no other facsimiles were made.

After nearly 200 years, the book has become fragile and requires treatment to ensure its long-term preservation. Because of its age and the glue used to adhere the clippings to the blank paper, the pages are extremely stiff and inflexible and the tight binding has led to cracking and some tearing of the pages. The goal of the conservation is to clean and stabilize the book, mend damaged pages and return the manuscript back into Jefferson’s original binding. This will allow the museum to once again display the book safely in a new exhibition mount at an angle of 90 degrees. In addition, the team will construct a custom protective enclosure to house the bible when in storage.

One of the main goals of the conservation is to stabilize the book in such a way that will provide increased access to the American public to this historic treasure. Visitors will be able to view the newly conserved Jefferson bible, along with two of the source books he used and an original copy of the 1904 printing in the museum’s Albert H. Small Documents Gallery beginning in November.

Funding for the conservation treatment and the upcoming display was realized through a public-private partnership. Peter and Rhondda Grant, Brenton Halsey, Mr. and Mrs. Charles F. Bryan Jr., and other contributors generously provided private funds, and the Collections Care and Preservation Fund, administered by the National Collections Program, and the Smithsonian Collections Advisory Committee provided federal support.

The museum is working with Smithsonian Channel on an hour-long special that will tell the extraordinary story of the Jefferson bible and chronicle the intricate conservation work.

Smithsonian Institution Libraries will make preservation-quality high-resolution digital images of the original document in its state-of-the art imaging center; these will be the first complete set of color photographs of the bible. A digital copy will be available to researchers and the public via the museum’s website this fall in conjunction with the exhibition opening.

Smithsonian Books will release a full-color, reproduction facsimile and a leather-bound limited-edition, boxed reproduction in the fall, which will feature an introductory essay by museum historians Harry Rubenstein and Barbara Clark Smith, as well as an overview of the conservation treatment by the museum’s paper conservator Janice Stagnitto Ellis.