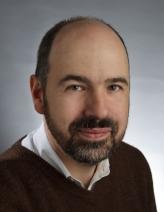 Michael Atwood Mason, assistant director for exhibitions at the Smithsonian’s National Museum of Natural History, has been appointed director of the Center for Folklife and Cultural Heritage, effective April 29. A 20-year veteran of the Smithsonian, Mason is known for the development of innovative community-based exhibitions and projects that link researchers, collections and compelling stories that excite visitors.

“Michael comes to the Center for Folklife and Cultural Heritage with a distinguished record at the Smithsonian and a strong vision for the future of the center,” said Richard Kurin, Under Secretary for History, Art, and Culture at the Smithsonian. “He is passionate about transforming research and collections into accessible and engaging public programs and can garner support for the folklife programs representing cultural groups in the United States and around the world.”

Mason manages the design, fabrication, installation and maintenance of more than 300,000 square feet of public space at the Natural History Museum. Last spring he also became the acting director of Exhibits Central, where he led the reorganization and reinvigoration of the organization, which provides exhibition design and fabrication to museums across the Smithsonian.

Mason came to the Natural History Museum in 1994 from the Anacostia Community Museum to work as an exhibit developer and co-curator on the African Voices exhibit. In 2007, he became the chief of exhibit development and project management at the Natural History Museum and, in 2009, became the assistant director for exhibitions. He is one of the leaders of the Smithsonian’s Recovering Voices Initiative, a signature program of the Consortia for Understanding the American Experience and World Cultures.

Mason earned his bachelor’s degree in American studies at the University of Oregon. Trained as a folklorist, he earned his master’s and doctorate degrees at Indiana University. He has been studying the cultures of the African diaspora since 1987. His book, Living Santeria: Rituals and Experiences in an Afro-Cuban Religion, was published by the Smithsonian Institution Press in 2002 and was nominated for the Victor Turner Award for Ethnographic Writing. He is also part of the founding faculty of the Masters of Arts in Cultural Sustainability Program at Goucher College in Towson, Md.

“It is a great honor to be selected to lead the nation’s leading folklife center,” said Mason. “At a time of increasing diversity in the U.S. and heightened globalization around the world, the center can engage visitors in deepening their understanding and appreciation of both the American experience and world cultures.”

The Center for Folklife and Cultural Heritage is dedicated to the collaborative research, presentation, preservation, conservation and continuity of traditional knowledge and artistry with diverse contemporary cultural communities in the United States and around the world. The center produces the annual Smithsonian Folklife Festival and Folkways Recordings, maintains and makes accessible the Ralph Rinzler Folklife Archives and Collections, produces extensive research and educational materials, and promotes cultural heritage policy for the benefit of communities around the world.

Mason succeeds Daniel Sheehy, who will remain at the center as the director of Folkways Recordings.