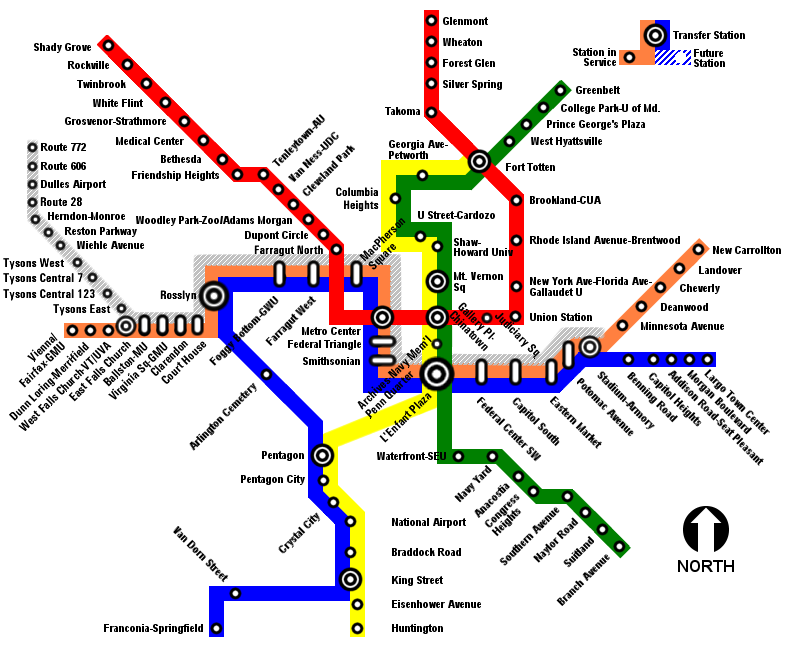 The establishment of Metrorail’s Silver Line, coupled with the new Fairfax Connector bus service, will provide public transportation between the National Air and Space Museum’s two locations on the National Mall in Washington, D.C., and in Chantilly, Va. The Steven F. Udvar-Hazy Center, the museum’s Virginia location, will now be served by regular, frequent bus transportation that will also include Washington Dulles International Airport and other Virginia locations.

“Bridging the 28-mile distance between our two buildings will help us serve more people,” said Gen. J.R. “Jack” Dailey, director of the museum. “Those who depend on public transportation, including many tourists, will now be able to experience the full breadth and scope of our collection, spanning more than a century of flight. We are grateful to Fairfax County for helping to make this service possible.”

The museum’s unparalleled collection of aviation and space artifacts is divided between its two buildings, with notable icons at each one. Orville and Wilbur Wright’s history-making 1903 Flyer is housed in the museum’s Washington building, along with Charles Lindbergh’s Spirit of St. Louis; Friendship 7, the Mercury capsule in which astronaut John Glenn orbited the Earth in 1962; and the Apollo 11 command module Columbia used to transport humans to the Moon in 1969. The space shuttle Discovery is on view at the Udvar-Hazy Center, as is a Concorde, a Lockheed SR-71 Blackbird and the B-29 Superfortress Enola Gay. Hundreds of other artifacts are also on display at both locations, in 23 thematic exhibition galleries in Washington, and in sprawling hangars in Virginia, where artifacts are exhibited in open-storage groupings. The museum’s preservation operations are on view at the Udvar-Hazy Center in a glass-enclosed restoration hangar. Both buildings contain IMAX theaters. A planetarium and an observatory are located in the Washington building; there is an observation tower at the Udvar-Hazy Center.

Admission to both National Air and Space Museum buildings is free.

The National Air and Space Museum building on the National Mall in Washington, D.C., is located at Sixth Street and Independence Avenue S.W. The museum’s Steven F. Udvar-Hazy Center is located in Chantilly, Va., near Washington Dulles International Airport. Both facilities are open daily from 10 a.m. until 5:30 p.m. (closed Dec. 25). Ample parking is available at the Udvar-Hazy Center, for $15 per car.