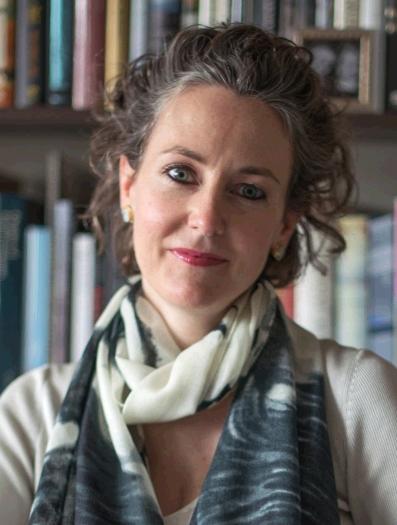 Kate Haw, currently vice president for development at the National Building Museum, has been named the director of the Smithsonian’s Archives of American Art, effective May 27.

The Archives, founded in Detroit in 1954, became a part of the Smithsonian in 1970. Its mission is to collect, preserve and make available primary source material documenting the history of the visual arts in the United States. Its holdings of 20 million original documents pertaining to art in America, including letters, diaries, account books, photographs and rare printed material as well as film, audio and video recordings, are continually growing. The Archives of American Art, with offices in Washington and New York City, is the largest archive devoted to documenting art in the United States.

The Lawrence A. Fleischman Gallery, a permanent exhibition space for the Archives of American Art, is located on the first floor of the Donald W. Reynolds Center for American Art and Portraiture. The current exhibition in the gallery, “A Day at the Museum” is open through June 2.

“The Archives is, in a sense, a record of American creativity through the arts, and Kate is the perfect person to lead it,” said Richard Kurin, the Smithsonian’s Under Secretary for History, Art, and Culture. “Her knowledge of digitizing important resources and her background in art and art history are exactly what we need as the Archives of American Art moves forward.” “I am honored to have the opportunity to lead the Archives of American Art through this next stage of its development,” said Haw. “It is a prestigious institution whose vast wealth of material is essential to understanding the full story of the visual arts in the United States, and it has long been a leader in the field. I look forward to working with the staff of the Archives of American Art to preserve and build the collection and to share its treasures with people worldwide.”

Haw has served as vice president for development at the National Building Museum since 2011. As a member of the museum’s senior staff, she helped define and advance the Building Museum’s initiatives and strategic interests. She oversaw all of the museum’s major fundraising programs, including annual giving, membership, major gifts, planned giving and fundraising for exhibitions, education and other initiatives.

Before joining the National Building Museum, Haw was the executive director for development and administration at the Skowhegan School of Painting and Sculpture in New York City and Skowhegan, Maine (2006-2011). She was responsible for administration, finance, development, board relations, special events programming, communications, marketing and overseeing the school’s staff. She directed a study of the school’s organizational identity and oversaw its branding process, culminating in the development of its new visual identity. She also established a comprehensive archive and launched the school’s oral-history program.

From 2000 to 2006, Haw held several positions at the American Federation of Arts in New York, including curator of exhibitions, director of major gifts and corporate/foundation relations, and director of development and acting director of external affairs.

Haw succeeds Liza Kirwin, who has served as acting director of the AAA since 2011 when Director John W. Smith resigned (2006-2011).