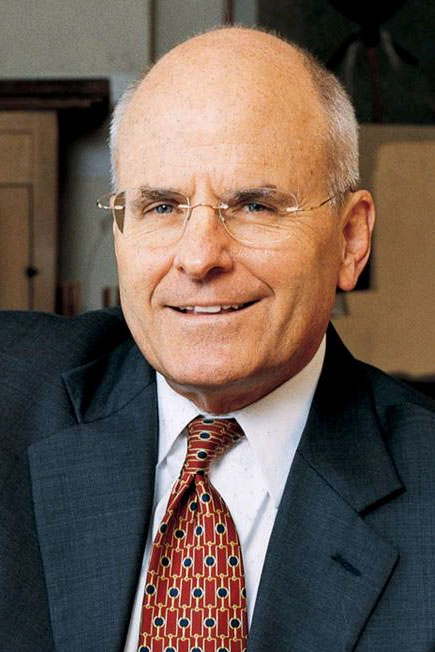 “John comes to the Museum of American History with a track record of transforming the organizations he has led,” said Richard Kurin, head of the search committee and Under Secretary for History, Art and Culture at the Smithsonian. “He took a museum of the American West, including the collections of Gene Autry and transformed it into an institution representing a broader, inclusive and complicated vision of the American West. He enlisted outstanding scholars, supported serious research and exhibitions, and robust educational activities.”

“Anyone who knows museums will know that this was a great accomplishment, supported by an expanded Board of Trustees and a large capital campaign spearheaded by John,” Kurin added. “He is enthusiastic and intellectually curious and supportive of scholarly research that serves the public programs—exactly the traits we wanted for a director of our American History Museum on the National Mall.”

The Autry National Center has more than 500,000 objects, a 130-member staff and an annual budget of about $16 million. It is accredited by the American Association of Museums and gained national prominence during Gray’s tenure.

Gray spent 25 years in commercial banking, serving as executive vice president of First Interstate Bank of California in Los Angeles from 1987 until 1996. He worked for the Small Business Administration in Washington, D.C., for two years, 1997 to 1999—when he moved back to the West Coast to serve as president and CEO of the Autry Museum in Los Angeles. This was the beginning of his career in non-profit cultural organizations, which culminated in the creation of the Autry National Center of the American West, formed by the merger of three organizations.

He retired from the Autry National Center in late 2010 and currently lives in New Mexico.

Gray has a bachelor’s degree from C.W. Post College at Long Island University and a master’s degree in business administration from the University of Colorado. He is currently enrolled in the master’s program in Eastern classics from Saint John’s College in Santa Fe.

“It is a great honor to be selected as steward of our national treasures,” said Gray. “Learning and understanding our shared histories as Americans are vital to living in and developing the American experience.”

Smithsonian Secretary Wayne Clough said, “John pulled together three organizations with different missions, leadership and boards, to form one new center whose mission is to tell the story of the American West as a place created by cowboys, Native Americans, women, Chinese laborers, Mexicans and many others. His passion for American history and scholarship is obvious, and it’s what will make him a great leader for our American History Museum.”

Gray will oversee 234 employees, a budget of more than $34 million and the renewal of the museum’s 120,000-square-foot west exhibition wing with its new exhibit spaces, interior public plazas, a Hall of Music for live performances, a modern education center and a gallery for the Lemelson Center for the Study of Invention and Innovation.

Pachter has overseen the opening of eight exhibitions, new public programs and record-breaking attendance (the museum is on target for 5 million visitors this year). The exhibitions included “September 11: Remembrance and Reflection,” which provided visitors with an intimate view of more than 50 objects from the three sites and was visited by 13,000 people in 11 days; “Jefferson’s Bible: The Life and Morals of Jesus of Nazareth”; a new “The First Ladies” exhibition; and “American Stories,” with historical and popular-culture icons. He also created small, temporary exhibits and children’s play areas to enliven the visitor experience.

Special projects included experimental sound recordings of Alexander Graham Bell in partnership with the Library of Congress and Lawrence Berkeley National Laboratory as well as the opening of the Warner Bros. Theater. The National Museum of American History collects, preserves and displays American heritage in the areas of social, political, cultural, scientific and military history. It also houses a special gallery devoted to African American history for the new National Museum of African American History and Culture while that building is under construction.