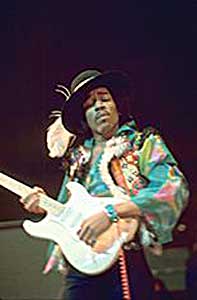 “IndiVisible: African–Native American Lives in the Americas,” a 20-panel display that outlines the seldom-viewed history and complex lives of people of dual African American and Native American ancestry, will open at the Smithsonian’s National Museum of the American Indian in New York, the George Gustav Heye Center, Thursday, Feb. 9. The exhibit will be on view through Friday, Aug. 31, in the museum’s photo corridor gallery.

“Indivisible” addresses the racially motivated laws that have been forced on Native, African American and mixed-heritage peoples. Since pre-colonial times, Native and African American peoples have built strong communities through intermarriage, unified efforts to preserve their land and taking part in creative resistance. Over time, these communities developed constructive survival strategies, and several have regained economic sustainability through gaming in the 1980s. The daily cultural practices that define the African–Native American experience through food, language, writing, music, dance and the visual arts, will also be highlighted in the exhibition.

The accompanying exhibition book, IndiVisible: African–Native American Lives in the Americas, edited by Tayac, features 27 essays from authors across the hemisphere sharing first-person accounts of struggle, adaptation and survival and examines such diverse subjects as contemporary art, the Cherokee Freedmen issue and the evolution of jazz and blues. The richly illustrated 256-page book is available in Smithsonian museum stores and through the Bookshop section of the museum’s website at www.AmericanIndian.si.edu/bookshop.

Tayac and Heriberto Dixon (Tutelo) will discuss the history of mixed-heritage Native people at the museum on Thursday, Feb. 9, at 6 p.m. in the Diker Pavilion. The event is free and a book signing will follow the discussion.

“IndiVisible” originally opened at the National Museum of the American Indian in Washington, D.C., in 2009. It has toured the country through the Smithsonian Institution’s Traveling Exhibition Service (SITES).

The exhibition is produced in collaboration with the National Museum of African American History and Culture and SITES. Support for the exhibition was provided by the Latino Initiatives Pool, administered by the Smithsonian Latino Center.

The Smithsonian’s National Museum of the American Indian’s George Gustav Heye Center is located at One Bowling Green in New York City, across from Battery Park. The museum is free and open every day except Christmas day from 10 a.m. to 5 p.m., and on Thursdays until 8 p.m. By subway, the museum may be reached by the 1 to South Ferry, the 4 or 5 to Bowling Green or the R or W to Whitehall Street. The museum’s website is www.americanindian.si.edu.