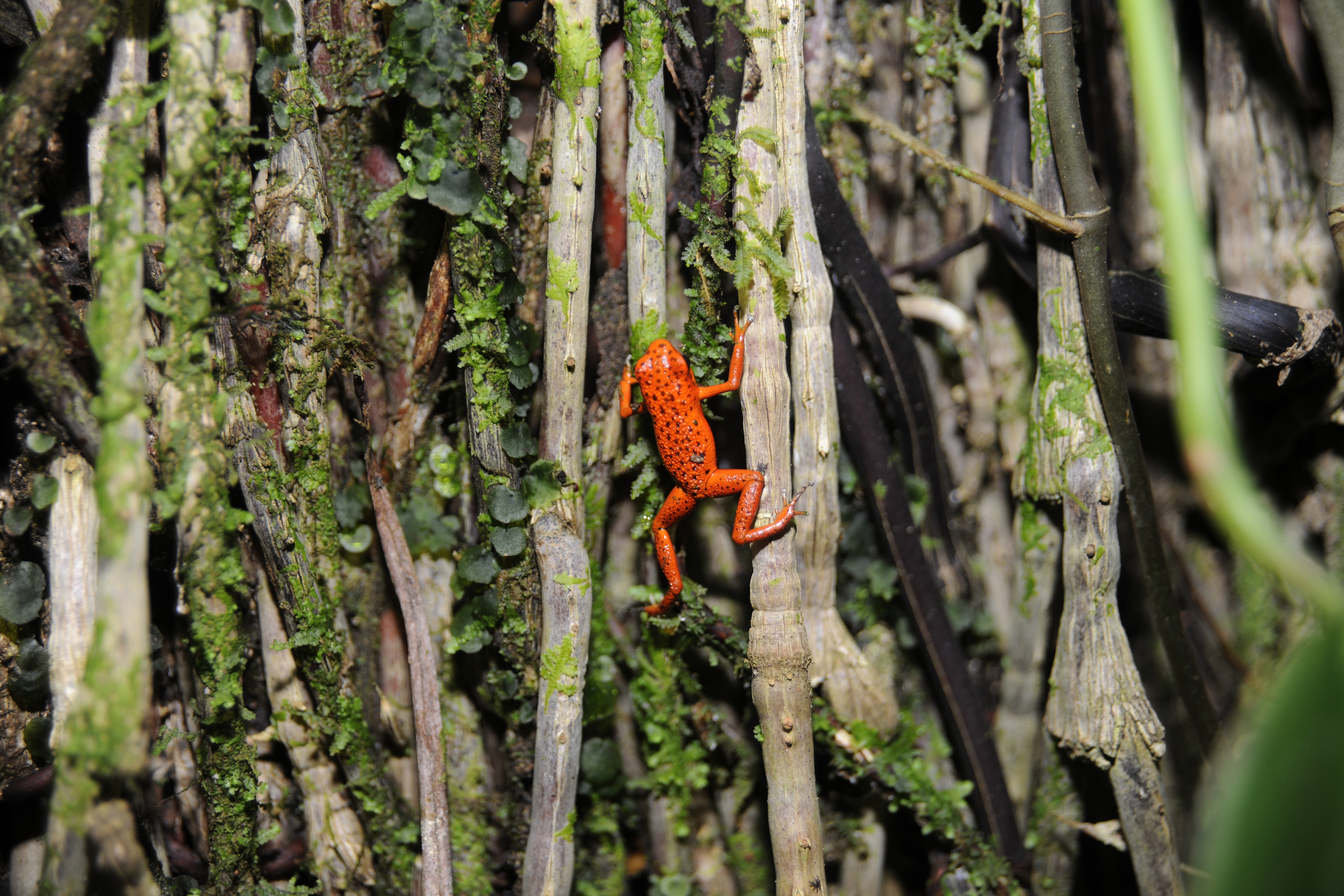 The old saying that people marry their parents may be true for poison dart frogs, and it may even lead to the formation of new species, according to a new study in Nature based on work at the Smithsonian Tropical Research Institute (STRI).

Strawberry poison dart frogs live on the mainland in Panama’s Bocas del Toro province and have been isolated on islands in the archipelago that formed during the past 10 million years as sea level rose. Only a single color morph exists on some islands—orange or green, for example, but on other islands several color morphs exist together, like blue and red frogs.

“In the past, people assumed that this group of brightly colored poison dart frogs were warning predators that their skin is toxic,” said Corinne Richards-Zawacki, research associate at STRI and professor of biological sciences at the University of Pittsburgh. “But predators don’t seem to care what color the frogs are, at least based on our earlier experiments. That’s why we started asking whether the way they choose mates might lead to populations of different colors on different islands.”

“We discovered that female frogs with parents of the same color tended to choose mates of that same color, whereas frogs with foster parents of a different color would choose mates the color of the foster parents,” said Yusan Yang, who is completing her doctoral thesis at the University of Pittsburgh. “The same was true for male-male aggression. This tells us that imprinting was more important than genetics when it comes to shaping these behaviors that are based on color.”

They also created a mathematical model showing that male aggression based on imprinting, in concert with female mate choice based on imprinting was enough to cause a scenario to evolve, where like mates with like, which could lead to two color morphs becoming separate species.

“We’re fascinated by the idea that behavior can play such an important role in evolution,” Richards-Zawacki said.