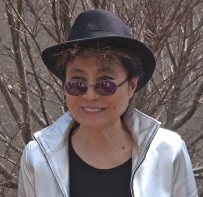 The Smithsonian’s Hirshhorn Museum and Sculpture Garden will present Concert for Yoko Ono, Washington and the World, a one-night-only celebration of the artist’s pioneering experimental sound and performance art, Sunday, Sept. 17, 7–10 p.m. Held outdoors on the museum’s plaza, the performance event is the culmination of “Yoko Ono: Four Works for Washington and the World,” a summer-long series of Ono’s iconic work that commemorates the 10th anniversary of the artist’s “Wish Tree for Washington, D.C.”

The concert will feature a lineup of groundbreaking female musicians—Kim Gordon, Lizzi Bougatsos and Moor Mother—who will present their own works alongside some of Ono’s most memorable pieces from the 1960s and beyond.

Curated by Mark Beasley, the Hirshhorn’s newly appointed curator of New Media and Performance Art, the evening is scheduled to begin with a performance of “Promise Piece,” originally performed in 1966. Gordon, Bougatsos and Moor Mother will then each perform selections of Ono’s works, followed by their own music inspired by her career, highlighting dynamic experimental pieces from recent albums and artist residencies. The night concludes with rare screenings of the artist’s early avant-garde films.

Tickets are $25 and will be available online at https://hirshhorn.si.edu/bio/concert-yoko-ono-washington-world/ starting Aug. 31. Member pre-sale begins Aug. 29, offering a limited number of $20 tickets for Hirshhorn Members. There will be a cash bar on the plaza.

“Four Works for Washington and the World” marks the 10th anniversary of “Wish Tree for Washington, D.C.,” which was planted in the museum’s sculpture garden as gift from the artist in 2007. “Wish Tree” opens as an interactive artwork during the summer months, when visitors are invited to tie handwritten wishes to the tree’s branches. Over the past decade, nearly 80,000 wishes have been collected and sent to Ono’s Imagine Peace Tower in Iceland. Visitors have had the opportunity to share their memories through “My Mommy Is Beautiful,” a 40-foot canvas spanning the length of the museum’s lobby where participants can attach a photograph or a written thought or memory about their mothers. This summer’s presentation has also included “Sky TV for Washington, DC” (1966), a 24-hour live feed of the outside sky, reinstalled on the museum’s third floor.

Gordon is an experimental musician, visual artist and curator known for her contribution to the alternative rock genre as a member of the 1980s band Sonic Youth. Gordon has continued to produce collaborative musical projects, including Body/Head, Free Kitten and YOKOKIMTHURSTON, an album she released with Ono and Thurston Moore in 2012.

Bougatsos is a visual artist and the lead singer of experimental music band Gang Gang Dance. Recognized for pairing her unique vocal style with electronics, Bougatsos has performed with her band at the Whitney Biennial, and her prints have been commissioned by the Guggenheim Museum Young Collectors Council.

Camae Ayewa is a Philadelphia-based musician and poet who performs as Moor Mother, an experimental music project that addresses obscured narratives of black history. Founder of Rockers! Philly and member of the Black Quantum Futurism collective, Ayewa seeks to give a voice to marginalized artists.