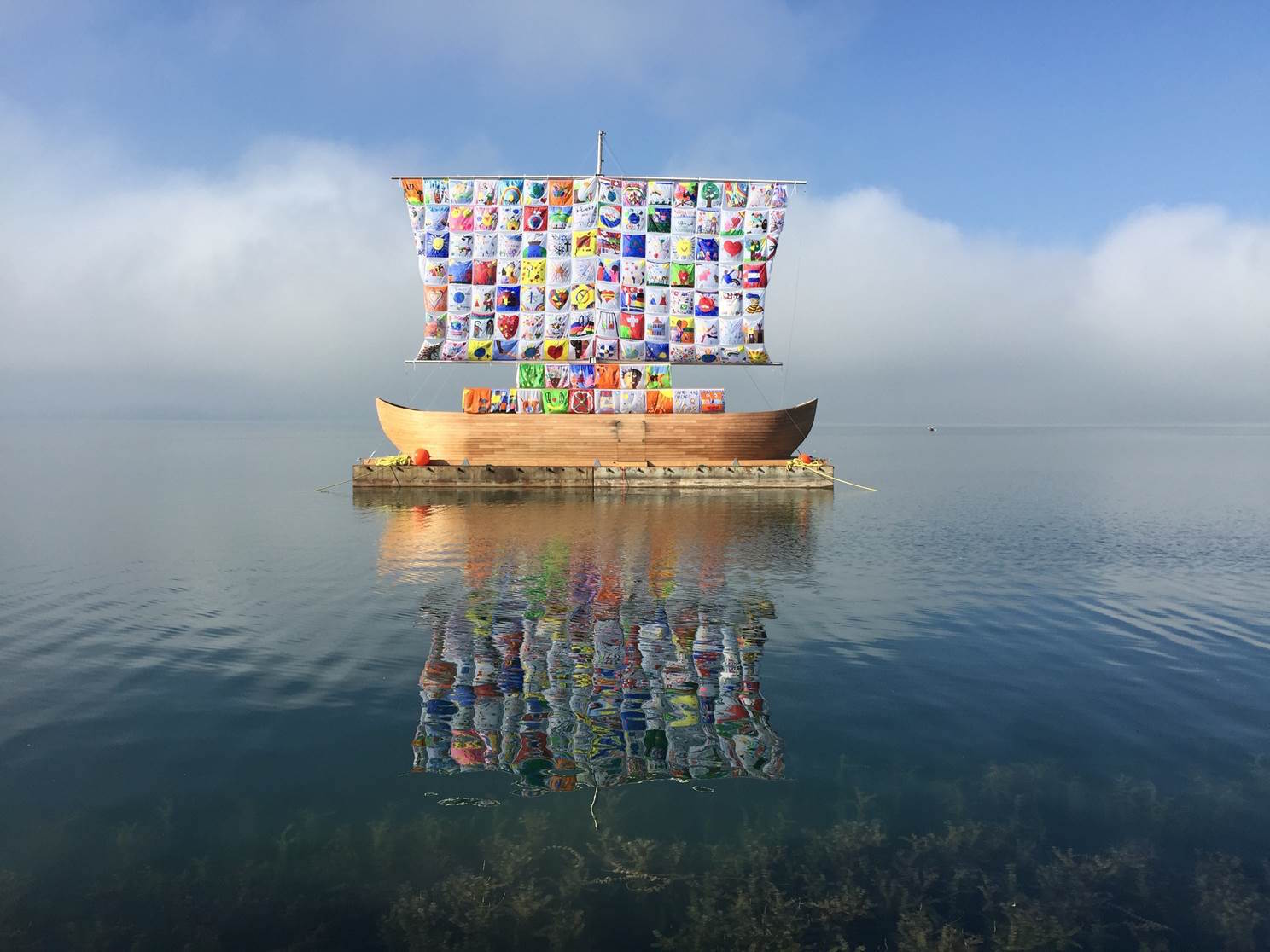 The Smithsonian’s Hirshhorn Museum and Sculpture Garden will present “Ilya and Emilia Kabakov: Utopian Projects,” a survey exhibition featuring the work of the acclaimed Russian artists Sept. 7–March 4, 2018. The exhibition, spanning 1985 through present day, will comprise more than 20 of the Kabakovs’ maquettes, whimsical models, for projects realized and unrealized, including monuments, allegorical narratives, architectural structures and commissioned outdoor works. Opening nearly 30 years after the Hirshhorn hosted Ilya Kabakov’s first major U.S. exhibition, these intricate creations invite the viewer into their surreal world in miniature and offer a rare glimpse into the duo’s artistic process.

The Kabakovs have been working collaboratively for nearly 30 years, creating installation-based works of unbridled imagination and optimism, a direct response to the hardships, surveillance and suspicion they endured while living in the Soviet Union. Originally an illustrator of state-sponsored children’s books, Ilya was a leader of the “unofficial artists” of post-Stalin Moscow from the 1950s through the 1980s, and it was during this time that he began crafting three-dimensional built environments, inspired by his dreams of a better life for himself and Emilia.

The maquettes are brought to life by the eccentric, imaginary cast of characters that inhabit them. Lights, motors, text and music enhance the whimsy and theatricality of each miniature environment, which Ilya, a poet and novelist, uses to reinforce the metaphorical meaning of each work. The works frequently reference Soviet-era architecture, prisoners and tyrants as well as allusions to escape, such as ships, angels and mythic stories like the tale of Icarus.

“Utopian Projects” features the working studio models of such quintessential artworks as “The Man Who Flew Into Space From His Apartment” (1985)—which was presented fully realized at the Hirshhorn in 1990—and “The Ship of Tolerance,” a global public art project in the form of a 60-foot wooden sailboat, whose sails are stitched with paintings by local children. “The Ship of Tolerance” will be next realized May 25 at the Vatican under the patronage of Holy See and Vicariate.

“The maquettes offer a fascinating glimpse into the minds of these artists, and they are as much about process and perspective as they are about the final product,” said Hirshhorn Director Melissa Chiu. “I am very proud to revisit the Kabakovs’ influence and expertise decades after presenting their first institutional show in the U.S. Even under the most trying of circumstances in the Soviet Union, Ilya and Emilia had a remarkable way of reenvisioning history, and this exhibition is a wonderful reminder of the resilience of the creative spirit.”

Ilya (b. 1933, Dnepropetrovsk, Soviet Union) and Emilia Kabakov (b. 1945, Dnepropetrovsk, Soviet Union) base their collaborative works on the intersection of conventional and fantastical elements. Ilya previously worked as a children’s book illustrator, and he was a central figure in a group of conceptual Russian artists in Moscow working outside the Soviet system. Emilia was trained in Spanish literature and classical piano, and she worked in New York as an art adviser and curator beginning in the late 1970s. Their background in Soviet society informs their work, which has been collaborative since they married in 1992.