Harrison Ford and Betty White To Receive Medals From Smithsonian

Honorees Will Be Recognized at Smithsonian’s National Zoo and Conservation Biology Institute Gala for Their Conservation Efforts
June 14, 2017
News Release 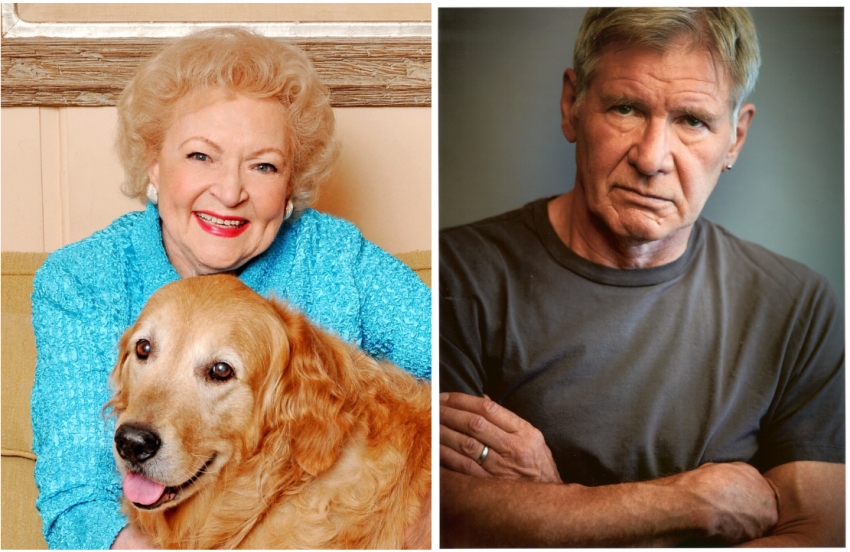 The James Smithson Bicentennial Medal will be presented Sept. 28 to Harrison Ford and Betty White to honor their commitment to wildlife and efforts to create a sustainable planet. The medals will be presented by Smithsonian Secretary David Skorton at the Smithsonian’s National Zoo and Conservation Biology Institute’s evening event.

The presentation of the Smithson Medals will be held in conjunction with a gala dinner, hosted by Angie Marriott and Ziad S. Ojakli, members of the Zoo’s advisory board. The event will celebrate the Zoo’s animals and wildlife-conservation programs, and the proceeds will enable the Zoo to build new animal habitats, expand its educational programs, conduct and share vital conservation research and train the next generation of environmental leaders.

At the non-traditional celebration, guests are encouraged to forego “monkey suits” (tuxedos) and wear animal-themed attire. Against the backdrop of a tropical rainforest, guests will have the chance to see live animals up close and dance while enjoying sustainably sourced foods inspired by global cultures. The event will be held at the Kogod Courtyard in the Donald W. Reynolds Center for American Art and Portraiture and National Portrait Gallery and Smithsonian American Art Museum. Ticket packages and individual tickets are available for purchase at (202) 633-3144 or by email at ZooRSVP@si.edu. A portion of each ticket purchase is tax deductible.

Ford’s personal commitment to environmental stewardship through public service, philanthropy, film and writings have helped highlight the plight of endangered species and illuminate the critical role wildlife play in their native habitat. He has worked directly with the Zoo on tiger conservation, and as the vice chair of Conservation International’s board, he works tirelessly toward the conservation of species and ecosystems.

“We have a moral obligation to be good stewards of the Earth, a moral responsibility to our children to inherit an intact planet,” Ford said. “I am honored to receive the Smithson Medal and play our part in bringing attention to the necessity of biodiversity and conservation of wildlife and habitats, from the local level in our communities to our nation and across the world.”

An advocate for wildlife and the well-being of all animals, White’s love for creatures is prevalent in her actions. “What a privilege to be honored simply for my passion—for what I love most in the world—animals,” White said.

Making an impact both in Southern California and on a national scale, White has devoted her time and support to organizations such as the Los Angeles Society for the Prevention of Cruelty to Animals, Los Angeles Zoo Commission, the Greater Los Angeles Zoo Association, the Morris Animal Foundation and Actors and Others for Animals. A best-selling author, White’s book Betty & Friends: My Life at the Zoo is a passionate testament to her love of animals, zoos and zookeepers.

Established in 1965 in honor of the 200th anniversary of James Smithson’s birth, the Smithson Medal is given under the Secretary’s authority to persons who have made distinguished contributions to the advancement of areas of interest to the Smithsonian. Past recipients include cultural icons Robert Redford, Clint Eastwood, George Lucas, Steven Spielberg, Pete Seeger, Billy Joel, Julia Child and Ralph Lauren, as well as renowned scientists, explorers and environmentalists, including David Attenborough, Jacques Cousteau, Edmund Hillary and Stephen Hawking.

As the Washington, D.C., region’s favorite destination for families with children, the Smithsonian’s National Zoo instills a lifelong commitment to conservation through engaging experiences with animals and the people working to save them. Smithsonian Conservation Biology Institute scientists train future generations of conservationists and tackle some of today’s most complex conservation challenges by applying and sharing what they learn about animal behavior and reproduction, ecology, genetics, migration and conservation sustainability.