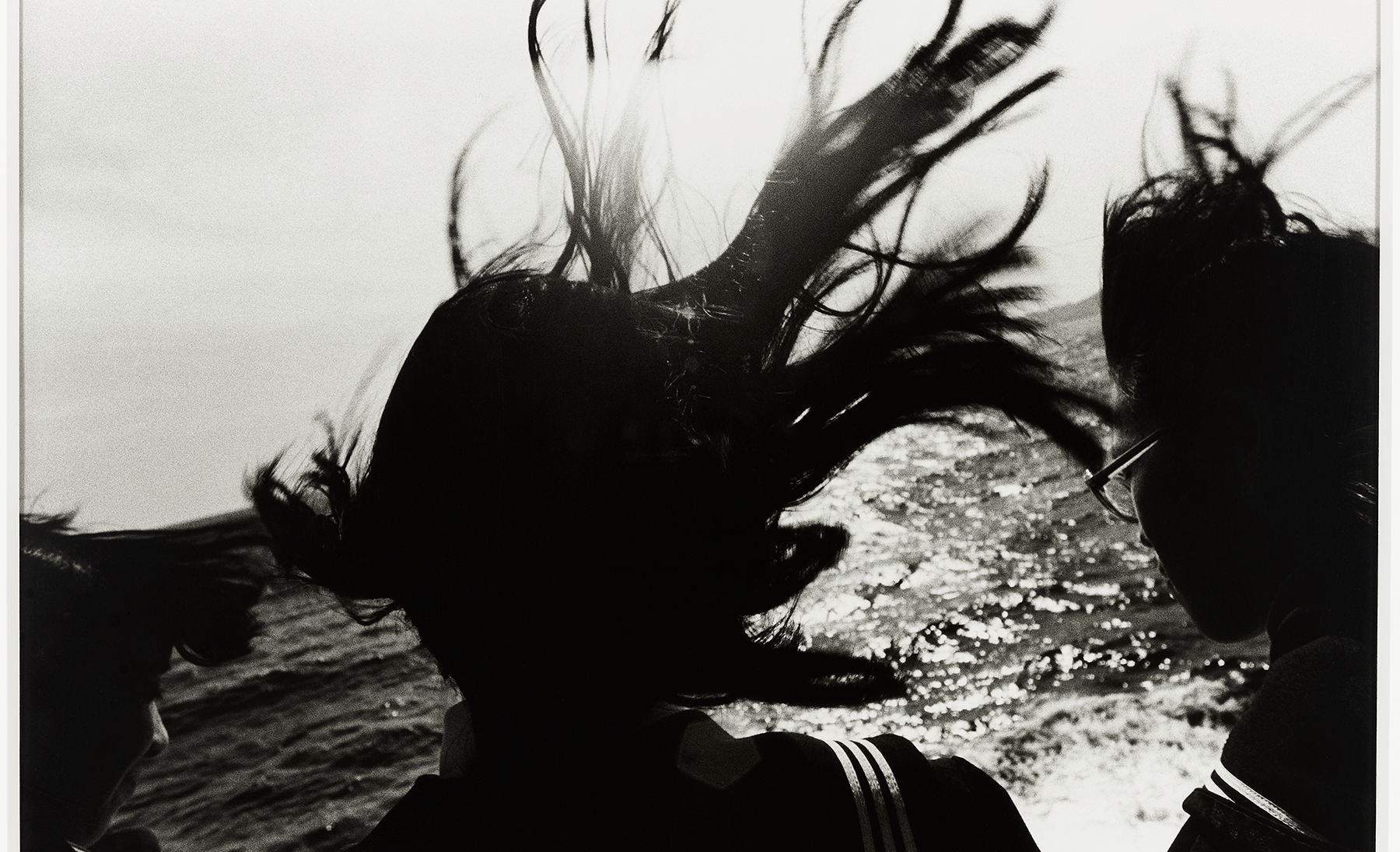 The Freer Gallery of Art and the Arthur M. Sackler Gallery have acquired more than 400 photographs from the Gloria Katz and Willard Huyck Collection, expanding dramatically the scope of the museums’ holdings in modern and contemporary Japanese works on paper. The exceptional collection features over 120 Japanese photographers from the 1880s to 2015, including internationally renowned masters and an impressive representation of female and younger-generation photographers.  A substantial portion of the collection consists of vintage gelatin silver prints, as well as unique collages and chromogenic prints. The works as a whole trace the development of Japanese photography and offer an outstanding range of artistic responses to modernity in Japan. By building upon the Freer|Sackler’s extraordinary collections of Japanese works in other media, this important acquisition strengthens the museums’ ability to provide rich context for understanding Japanese art from the 19th to 21st centuries.

Some of the earliest works in the Gloria Katz and Willard Huyck Collection are hand-colored portraits and scenes by well-known photographers of the late 1800s such as Felice Beato (b. 1825–?) and Kusakabe Kimbei (active 1880s), which complement the museums’ extensive archival holdings from the period. Stunning examples of photographic abstraction include experimental works from the 1920s to the 1970s by Ueda Shoji (1913–2000), Yamamoto Kansuke (1914–1987) and Maita Masafumi (b. 1944). Several iconic works in the Katz-Huyck collection are from groundbreaking studies of rural Japan by Hamaya Hiroshi (1915–99) and Nagasaki by Tomatsu Shomei (1930–2012), as well as Fukase Masahisa’s (1934–2012) foreboding Ravens series and Hosoe Eikoh’s (b. 1933) legendary collaborations with performance artists. These and many more photographs in the collection demonstrate the extraordinary range of conceptual and material experimentation that distinguishes Japanese photography. The collection also stands out for the substantial number of female photographers represented. Their works span several decades and a range of subjects and styles, from early collages by Toshiko Okanoue (b. 1928) and gritty postwar views by Ishiuchi Miyako (b. 1947) to the thought-provoking portraiture of Hara Mikiko (b. 1967) and Sawada Tomoko (b. 1977), among others.

To celebrate the acquisition, the Freer|Sackler will open the exhibition “Japan Modern: Photography from the Gloria Katz and Willard Huyck Collection” Sept. 29. Approximately 70 photographs, dating primarily from the 1930s to the 1980s, will introduce this remarkable collection and highlight seminal moments in the development of 20th-century Japanese photography. Along with a selection of experimental films and photobooks, the exhibition will focus on key photographers and their search for a sense of place in a rapidly changing country.

The Freer|Sackler will present a concurrent exhibition drawn from the Sackler’s extensive holdings and a major loan of late 19th- to mid-20th-century Japanese prints. “Japan Modern: Prints in the Age of Photography” will focus primarily on the landscape genre to examine the impact of photography on print artists and printmaking technologies. As the introduction of the camera challenged the print market, artists responded by developing new styles. Two distinct print styles emerged—the neo-romantic “new print” movement and the “creative print” neo-abstraction movement. Although fundamentally opposite, these new styles employed rural and urban landscape views to convey attitudes toward modernity in Japan.

Both exhibitions will be on view in the Arthur M. Sackler Gallery from Sept. 29 through Jan. 21, 2019. The Gloria Katz and Willard Huyck Collection was acquired by the Freer|Sackler as a partial gift of the collectors and through acquisitions funds.

About the Freer|Sackler Japan Program

The Freer|Sackler’s Japan Program is the first and largest interdisciplinary program focused on Japanese art, film and culture at a major museum outside of Japan. It is devoted to researching, exhibiting, publishing and promoting the arts and culture of Japan from pre-history to the present, both nationally and internationally. The museums’ collections of more than 12,000 objects from Japan span four millennia and include paintings, ceramics, metalwork, sculpture, lacquer and modern and contemporary photography and graphic arts. Led by Senior Curator of Japanese Art James Ulak, the program is supported by four other curators, the curator of contemporary Asian art and two conservators who are Japanese specialists, library staff and a curator of films who presents a robust series of Japanese films. The program builds on the museums’ long established relationship with Japan, and generates collaborations with other institutions to further strengthen the role of the Freer|Sackler as a leading institution for Japanese art and culture.