Giant Panda Mei Xiang Will Not Give Birth 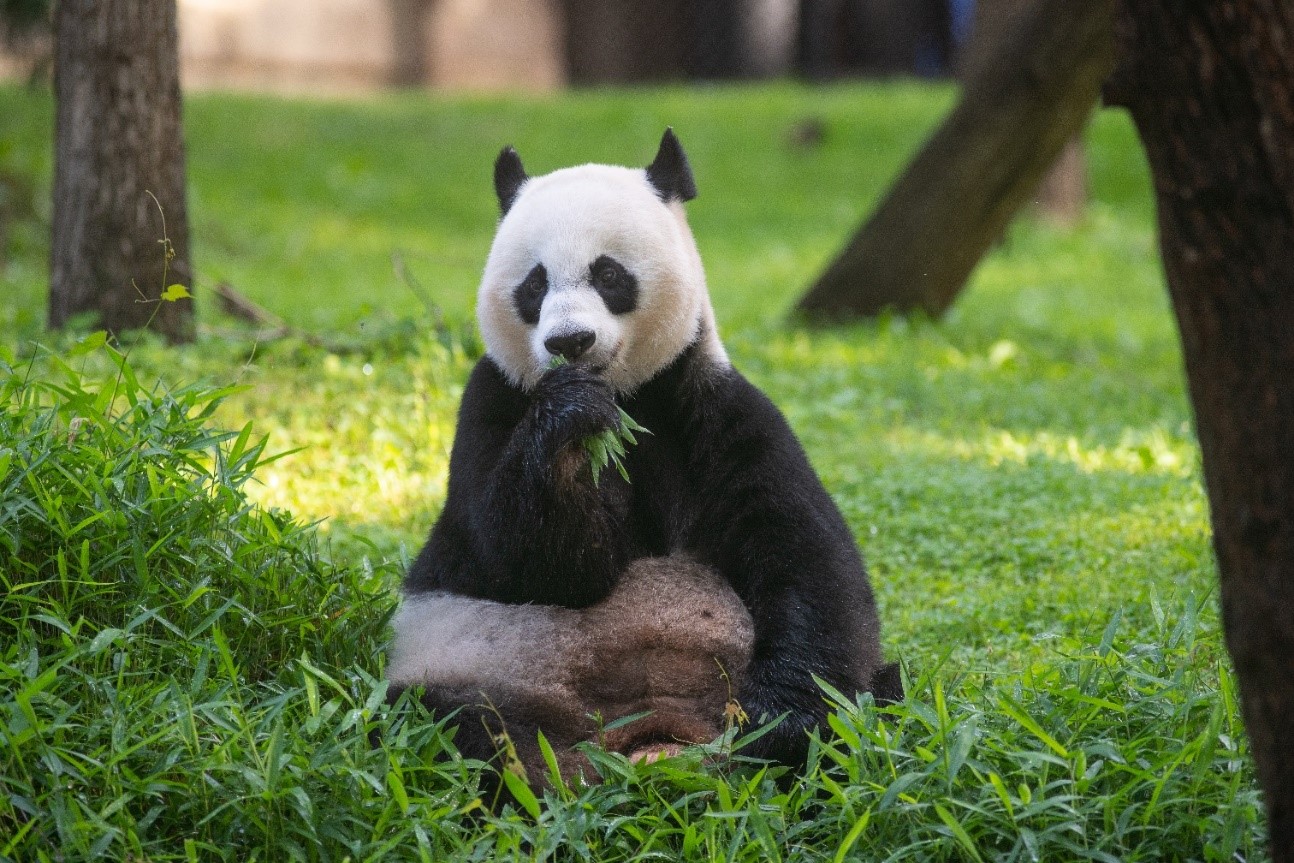 A team of reproductive scientists, veterinarians and animal keepers at the Smithsonian’s National Zoo and Conservation Biology Institute have determined that giant panda Mei Xiang (may-SHONG) will not give birth this year. She was experiencing a pseudopregnancy during the past several months.

Endocrinologists had been tracking Mei Xiang’s hormones since she was artificially inseminated March 1. Her levels of urinary progesterone began to rise in early May, indicating that she would give birth to a cub or experience the final stages of a pregnancy in 40 to 50 days. Her hormones returned to normal or “baseline” levels July 1, but she did not give birth, indicating that she likely has been experiencing a pseudopregnancy. A final ultrasound today, July 5, confirmed that there is no developing fetus.

The panda team had also been tracking Mei Xiang’s behavior closely during the past several weeks. Specially trained volunteers with Friends of the National Zoo started monitoring her 24 hours a day via the panda cams July 1, watching for specific behaviors associated with pregnancy and pseudopregnancy. Giant pandas’ behavior and hormones mimic a pregnancy even if they are experiencing a pseudopregnancy. Veterinarians conducted ultrasounds to track changes in Mei Xiang’s uterus and to try to detect a developing fetus.

Giant panda pregnancies and pseudopregnancies can last between three and six months. Mei Xiang’s denning behaviors will decrease, and staff expect her to return to her normal routine within a couple of weeks. The panda house will reopen today, July 5, and return to normal operating hours of 9 a.m. to 6 p.m. Visitors are also able to see the pandas on the panda cams, which are live on the Zoo’s website 24 hours a day, seven days a week.

Mei Xiang has given birth to three surviving panda cubs with Tian Tian, all of which were born at the National Zoo. Her first cub, Tai Shan (tie-SHON), was born July 9, 2005, and now lives in China. Her second cub, Bao Bao (BOW-BOW), was born Aug. 23, 2013. Bao Bao moved to the Dujiangyan Panda Base in February 2017. On Aug. 22, 2015, Mei Xiang gave birth to her third cub, Bei Bei (BAY-BAY), who will move to China by the time he turns 4 years old. All panda cubs born at the Zoo return to China by the time they turn 4.

The Zoo received approval for its breeding plans from the China Wildlife and Conservation Association and the U.S. Fish and Wildlife Service, which monitors giant panda research programs in the United States.

Giant pandas are listed as “vulnerable” in the wild by the International Union for Conservation of Nature. There are an estimated 1,800 in the wild. Scientists and animal care specialists at the Smithsonian’s National Zoo and Conservation Biology Institute work with scientists in China studying giant panda reproduction and cub health, habitat and disease.