Vampire Bats Hedge Bets When Deciding Between Quality and Quantity of Social Bonds
May 23, 2017
News Release 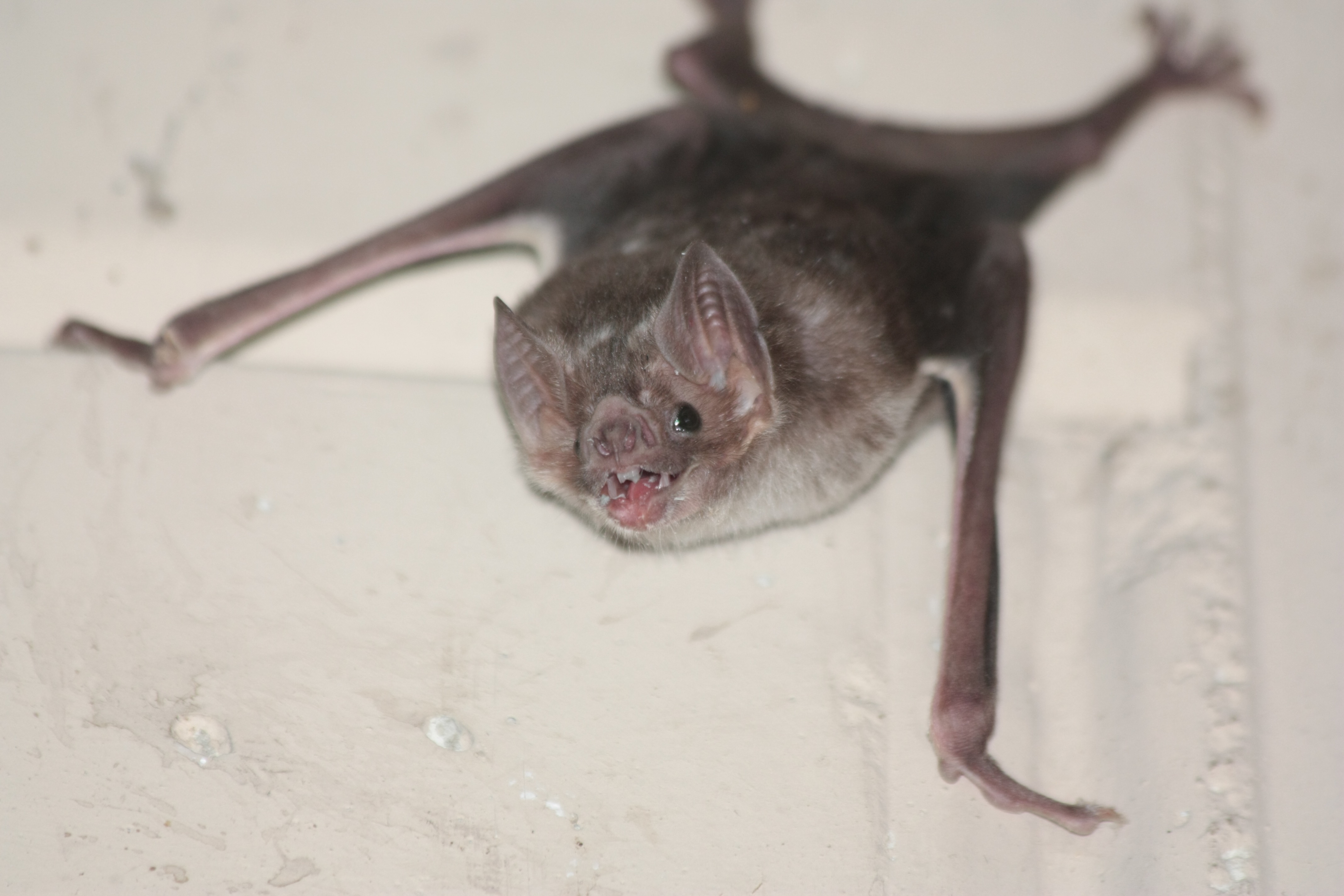 When they remove a major food donor, like a mother or daughter, from a bat’s social network, females who previously built up more friendships with non-relatives cope better with their loss. They score more food than do female bats who only invest in close kin.

“Is it better to have a few strong social bonds or a greater number of weaker social ties?” Carter asks. “Theory suggests you should always invest in the cooperative partner that provides the best returns. But clearly, a social animal should not put all its social time and energy in just one relationship, especially in an unpredictable social environment. That’s like putting all your eggs in one basket.”

“Females don’t begin reproducing until they are 2 years old,” said co-author Gerald Wilkinson, professor of biology at the University of Maryland, College Park. “They only have one pup per year, so the number of closely related females tends to be low.”

“Vampire bats who feed more non-relatives don’t usually do better at getting fed when they are hungry,” Carter said. “So why cultivate non-kin ‘friends’? We discovered that on the rare occasion that they lose a major food donor, they do much better. Their social network of food donors is wider and more robust.”

Vampire bats live on the edge. If they do not get enough to eat, it does not take long before they die of starvation. Their close relatives and friends often step in, sharing blood meals. Strengthening relationships by feeding a possible donor is one way to increase the chances of being fed. Having a larger number of potential donors is another. Carter calls the balance between these two strategies “social bet hedging.”

To understand how social bet hedging works for vampire bats, Carter’s team monitored social interactions in a captive colony of about 30 marked common vampire bats (Desmodus rotundus) for four years. They worked out how the bats were related based on their genes. Carter removed individual females from the group for a 24-hour fasting period. Just before returning them to the group, he removed one of the bat’s key food donors, usually its mother or daughter. Then he looked at how each bat coped with this change to its social network.

Common vampire bats are native to the American tropics and sub-tropics, where they often feed on cattle, especially where forests have been replaced by pastureland. “It’s not uncommon that a bat goes out to forage and fails to get food, and it’s not uncommon that her closest relative will have switched to a different roost that night,” Carter said. “We’re recreating a situation that vampire bats might face fairly often.”

Social bet hedging might exist in other species, including humans. Other studies have shown that baboons that lose a close relative to a predator will begin grooming more individuals in their group. There is also evidence that humans are happier with quality over quantity, yet people living in unpredictable social environments tend to value more friendships over a few stronger ones. “It would be particularly interesting to test the extent to which human collaborative or friendship networks are shaped by decisions to invest in relationship quantity or quality,” the authors conclude.

“The social bet-hedging hypothesis provides a new dimension to why animals form and maintain social groups,” said Damien Farine, a former post-doctoral fellow at STRI who is now principal investigator at the Max Planck Institute for Ornithology and University of Konstanz in Germany, and a co-author of the study.

Funding for this study was from the Ford Foundation and a grant from the U.S. National Science Foundation, the American Society of Mammologists and the Animal Behavior Society.

The Smithsonian Tropical Research Institute, headquartered in Panama City, Panama, is a part of the Smithsonian Institution. The Institute furthers the understanding of tropical nature and its importance to human welfare, trains students to conduct research in the tropics and promotes conservation by increasing public awareness of the beauty and importance of tropical ecosystems. STRI website: http://www.stri.si.edu.