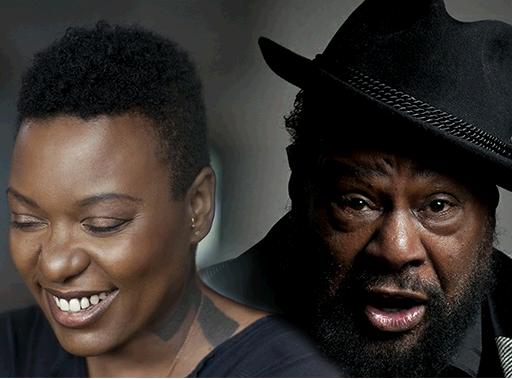 The 46th annual Folklife Festival will feature a series of evening concerts. All performances are free to the public. The 10-day Festival will be held Wednesday, June 27, through Sunday, July 1, and Wednesday, July 4, through Sunday, July 8, outdoors on the National Mall between Seventh and 14th streets. Festival hours are from 11 a.m. to 5:30 p.m. each day, with special evening events such as concerts and dance parties beginning at 6 p.m. The Festival is co-sponsored by the National Park Service.

This group of 40 West Virginia University students with Band Director Michael Vercelli is joined by National Endowment for the Arts National Heritage Fellow Ellie Mannette to perform the traditions of Trinidadian Steel Band music as well as classical and popular arrangements and transcriptions. Mannette is considered the “father of the modern steel drum,” and he started WVU’s steel drum ensemble program in the 1990s and built many of the group’s instruments. The concert takes place Wednesday, June 27, at 6 p.m. at the Justin S. Morrill Performing Arts Center.

Hasanov plays the kamancha, a stringed instrument known for its tender and melodic sounds, and Akhavass plays percussion in this evening of traditional mugham improvisations and love songs from Azerbaijan. The concert takes place Thursday, June 28, and Thursday, July 5, at 6 p.m. at the Justin S. Morrill Performing Arts Center.

The Music of Monticello and the Blue Ridge

The Ebony Hillbillies, banjo and guitar duo Sparky and Rhonda Rucker, and guitarist Amythyst Kiah perform the African American folk music tradition of the Virginia Piedmont. Other program highlights include calling by Herschel Tolson and square dancing by the South Side Squares. Presented in partnership with the National Museum of African American History and Culture. A demonstration will take place at 2 p.m. in the Warner Bros. Theater at the National Museum of American History. The concert takes place Friday, June 29, at 6 p.m. in the Panorama Room.

An Evening of Song with In Process... and the Rock Creek Singers

In Process... is a women’s vocal group who sing about issues of concern to African American women, including HIV/AIDS and songs about The AIDS Memorial Quilt. The Rock Creek Singers, an ensemble of the Gay Men’s Chorus of Washington, D.C., will perform songs of home and family. The concert takes place Saturday, June 30, at 6 p.m. in Red Hot.

This year’s Ralph Rinzler Memorial Concert takes place Saturday, June 30, at 6 p.m. in the Panorama Room. Each year, the Smithsonian Folklife Festival holds a special evening concert in honor of the Festival’s co-founder, Ralph Rinzler (1934-1994) and a key collaborator. This year’s concert honors Worth Long, folklorist and civil rights worker. A friend and colleague of Ralph Rinzler, Long founded the Mississippi Delta Blues and Heritage Festival, curated multiple Smithsonian Folklife Festivals and documented traditional arts and culture throughout the Southern United States. This concert features performances by the Sweet Heaven Kings led by Norvus Butch Miller, the premier Washington D.C., shout band, based in the United House of Prayer in Anacostia, and the Rising Star Fife and Drum band from Northern Mississippi lead by Sharde Thomas, the granddaughter of NEA National Heritage Fellow Othar Turner.

Two mariachi ensembles—based in Texas and Los Angeles—showcase the best of this dynamic musical style as interpreted in the United States. Mariachi Aztlán comes out of the award-winning University of Texan-Pan American Mariachi program and is one of the most respected groups both on and off campus. Long considered the foremost interpreters of mariachi music, Grammy award-winners and Smithsonian Folkways artists Nati Cano’s Mariachi Los Camperos showcase their skillfully arranged versions of classic melodies and styles of traditional music from many regions of Mexico. The concert takes place Friday, July 6, at 6 p.m. at the Justin S. Morrill Performing Arts Center.

University of the District of Columbia Jazz Ensemble

The University of the District of Columbia Jazz Studies program has produced premier jazz ensembles with a rich history of involvement in outreach activities in the D.C. metro region. An invaluable cultural resource for the city, the ensemble has performed at the Calvin Jones Big Band Jazz Festival, the John F. Kennedy Center for the Performing Arts and Blues Alley, among other venues. The concert takes place Saturday, July 7, at 6 p.m. at the Justin S. Morrill Performing Arts Center.

The Names Performers will celebrate in music the victory of the human spirit as is evidenced in The AIDS Memorial Quilt. Favorite song selections will be featured to honor health-care workers, people living with HIV/AIDS and families and friends who provide care on this journey of life. The concert takes place Saturday, July 7, at 6 p.m. in Red Hot.

The Folklife Festival, inaugurated in 1967, honors people from across the United States and around the world. With approximately 1 million visitors each year, the Festival unites presenters and performers in the nation’s capital to celebrate the diversity of cultural traditions. It is produced by the Smithsonian’s Center for Folklife and Cultural Heritage. The Festival’s website is www.festival.si.edu.