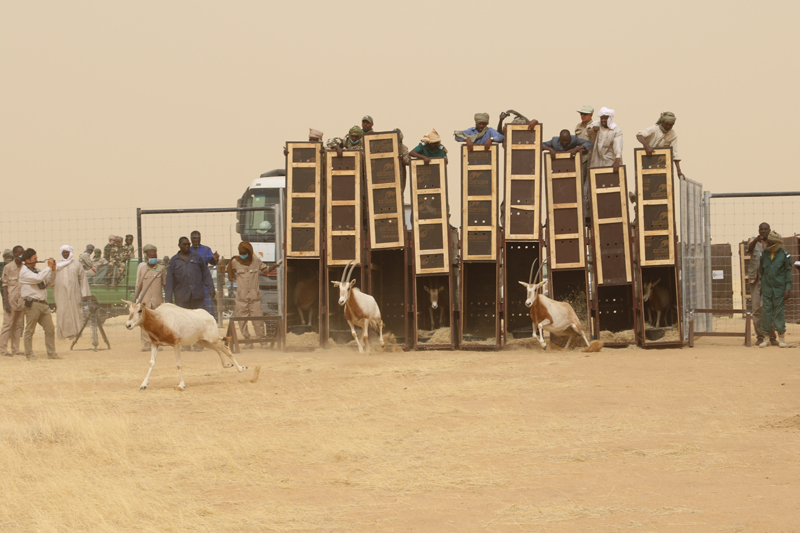 The National Zoo’s 21-year-old female scimitar-horned oryx (Oryx dammah), Liberty, was euthanized this morning. A final pathology report will provide more information, but her health had been in decline for several months.

Liberty arrived at the Zoo’s Cheetah Conservation Station in 2004 from the Smithsonian Conservation Biology Institute in Front Royal, Va. She was born at the Denver Zoo March 1, 1991. The lifespan of a female scimitar-horned oryx is usually about 15 years.

Many zoo animals participate in a breeding program called the Species Survival Plan. The SSP scientists determine which animals breed by considering their genetic makeup, nutritional and social needs, temperament and overall health. Liberty participated in the SSP for scimitar-horned oryx management while at SCBI-Front Royal and gave birth to several calves, one of which still is at the facility. At the Zoo’s Cheetah Conservation Station, Liberty served as an educational ambassador for her species, illustrating the social nature and behavior of oryx to scientists, keepers, and visitors. She shared part of the Sahara-Sahel exhibit with a heard of Dama gazelles.

Now extinct in the wild, scimitar-horned oryx once lived in northern African countries of Egypt, Senegal and Chad. They are adapted for survival in extremely harsh desert conditions. They are mostly white with reddish brown necks and distinct facial markings with a long, dark, tufted tail. Their white coat helps reflect the heat of the desert while their body reacts instinctively when having to cope with a shortage of water. They are able to raise their body temperature by several degrees, up to 116 degrees Fahrenheit, to conserve water by avoiding sweating.