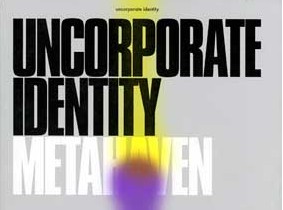 The Smithsonian’s Cooper-Hewitt, National Design Museum will present the “Graphic Design—Now in Production” exhibition at Governors Island, from May 26 through Sept. 3. Co-organized by Cooper-Hewitt and the Walker Art Center, the exhibition explores some of the most vibrant graphic design work produced since 2000, including posters, books, magazines, identity and branding, information graphics, typography and typefaces, and film and television title graphics. Admission will be free.

On view in Building 110 on Governors Island, the exhibition will be open to the public from 10 a.m. to 7 p.m. on Saturdays, Sundays and holiday Mondays. This is the second stop in a national tour of the exhibition, which debuted at the Walker Art Center in fall 2011. Cooper-Hewitt’s main facility, housed in the Carnegie Mansion, is undergoing renovation as part of a $64 million capital campaign that includes enlarged and enhanced facilities for exhibitions, collections display, education programming and the National Design Library, and an increased endowment.

“Graphic Design” explores the worlds of design-driven magazines, newspapers, books and posters; the expansion of branding programs for corporations, institutions and subcultures; the entrepreneurial spirit of designer-produced goods; the renaissance in digital typeface design; the storytelling potential of film and television titling sequences; and the transformation of raw data into compelling information narratives.

“Governors Island is becoming New York City’s ‘backyard’ for arts and culture,” said Trust for Governors Island President Leslie Koch. “We are thrilled to welcome Cooper-Hewitt, one of the City’s leading cultural institutions, which joins a long list of arts organizations presenting exhibitions and programs on the Island. ‘Graphic Design—Now in Production,’ free and open to the public in Building 110, will be the centerpiece of the Island’s 2012 season.”

Lead curators of “Graphic Design—Now in Production” are Andrew Blauvelt, curator of architecture and design at the Walker Art Center, and Ellen Lupton, senior curator of contemporary design at Cooper-Hewitt. The exhibition at Governors Island was designed by Project Projects with Leong Leong.

Graphic design is the art and practice of visual communication. Designers use color, typography, images, symbols and systems to make the surfaces around us come alive with meaning. Today, the field is shifting and expanding in unprecedented ways, as new technologies and social movements are changing the way people make and consume media. Public awareness of graphic design has grown enormously during the past two decades through the revolutions in desktop computing and networked communication, which have also fueled tremendous growth in the profession.

The poster is the most iconic form of graphic design, with its roots in the early advertising culture of the 19th century. Today, designers create posters to actively investigate the genre itself through self-initiated projects. Experimental approaches to the poster encourage user-generated messages and explore digital, mechanical and handmade techniques.

This section includes an interactive digital poster wall display by the Dutch design collective Lust; Albert Exergian’s posters based on American television classics; Jürg Lehni’s Empty Words project, a machine for making die-cut posters; and Anthony Burrill’s typographic woodblock and silkscreen posters proclaiming messages such as Oil and Water Do Not Mix, printed with ink made from spilled Gulf of Mexico oil.

With the rapid growth of digital formats, publishers are rethinking the traditional magazine by exploiting print-on-demand, online distribution networks, the explosion of niche audiences and new digital formats. This section was curated by Jeremy Leslie, creative director of the blog magCulture, which explores issues and trends in publication design.

Among the projects on view are Jop van Bennekom’s Fantastic Man and The Gentlewoman; Karen, an independent magazine-maker who applies a highly personal blog-like sensibility to content creation; Hannerie Visser’s Afro magazine from South Africa, which reimagines the form of the magazine itself; and Pedro Fernandes’ design of I, a Portuguese newspaper that incorporates the visual vocabulary of magazines.

The role of the designer in the publishing process during the past 20 years has dramatically shifted to be more inclusive in terms of authoring, editing and self-publishing.

This section features work by David Pearson, whose Pocket Penguin book titles reinvigorated the publisher’s classic backlist; the print-on-demand experiments of James Goggin; and McSweeney’s books and magazines, which employ typography, layout and production to enhance the experience of reading.

This section includes work by the Boston-based studio Sosolimited, whose real-time installation analyzes language from broadcast television to create dynamic typographic displays; information displays created by the New York Times Graphics Department that tell the news stories of today; Catalogtree’s interactive iPad app about the “flash crash” of the American financial markets; and David McCandless’ Mountain and Molehills, a statistical representation of media “scare” stories of the past decade—from Y2K to SARS.

More than just a logo, a brand also consists of a larger visual and verbal identity as well as the perceived values that both define and set apart an organization, a community or even an individual. Designers approach branding as a narrative-driven experience, evoking an emotional response and solidifying the relationship between the company and consumers. This section was curated by Armin Vit and Bryony Gomez-Palacio, operators of the blog Brand New, which tracks the ever-changing world of brand makeovers and corporate identity programs.

Highlights include Ji Lee’s logo preservation project, documenting the use of the twin towers of the World Trade Center to brand numerous New York City area businesses; a new project commission from design researchers Metahaven about the use of social media as a powerful form of communication and control; and experimental identities for cultural institutions, created by Stefan Sagmeister, Mevis & Van Deursen and Maureen Mooren, among others.

Typography is the creation of letterforms and other characters that give visual form to the spoken and written word. The personal computer revolution of the 1980s introduced typography to the general public and the availability of font design software in the 1990s fueled a renaissance in typeface design.

Works on view include wallpapers produced by Knoll and Maharam, the artfully designed, bespoke axes by Peter Buchanan Smith from Best Made Co. and Meike Gerritzen’s Beware of Software vest.

Film and television titles are mini narratives that give viewers insight into what is to come and what has happened.

This section will feature television and film titles curated by Ian Albinson, co-founder of the website artofthetitle.com, created by some of the leading motion graphic designers practicing today.

An extensively illustrated, 240-page catalog produced by the Walker Art Center accompanies the exhibition. Conceived as a visual compendium, the catalog features project details, artists’ statements, excerpts from interviews and published manifestos, technologies and tools. Original essays discuss the changing nature of design labor, work and value; the expanding roles that designers are assigning themselves in the production process; the varied definitions and theoretical framework that informs the notion of the “designer as producer”; the role graduate programs have played in development of “systematic creativity”; and the blurred nature of designing, writing and reading in the age of user-generated content, desktop production and systems of self-publishing.

A number of education programs will be offered on select weekends throughout the run of the exhibition, including family programs, teen programs, gallery tours, designer talks and demonstrations. Visit cooperhewitt.org/calendar for the complete schedule.

Following the exhibition’s presentation on Governors Island, “Graphic Design—Now in Production” will tour the U.S. for two years. Confirmed travel venues include:

Cooper-Hewitt’s presentation of “Graphic Design—Now in Production” is made possible by support from the August Heckscher Exhibition Fund, the Ehrenkranz Fund and the Esme Usdan Exhibition Endowment Fund.

Additional support is provided by Cooper-Hewitt Master’s Program Fund, public funds from the Netherlands Cultural Services and the Netherland-America Foundation.

About the Renovation of the Carnegie Mansion

Cooper-Hewitt’s redesign focuses on adapting a 20th-century historic house to meet the needs of a 21st-century museum. Through reprogramming portions of the mansion on Fifth Avenue and 91st Street and the adjacent townhouses on 90th Street, the project will increase the museum’s total exhibition space by 60 percent, from approximately 10,000 square feet to approximately 16,000 square feet.

Founded in 1897, Cooper-Hewitt is the only museum in the nation devoted exclusively to historic and contemporary design. The museum presents compelling perspectives on the impact of design on daily life through active educational programs, exhibitions and publications.

During the Carnegie Mansion renovation, Cooper-Hewitt’s usual schedule of exhibitions, education programs and events will be staged at various off-site locations, including the Bill’s Design Talks at The Greene Space and the Enid and Lester Morse Historic Design Lecture Series at the University Club.

About The Trust for Governors Island