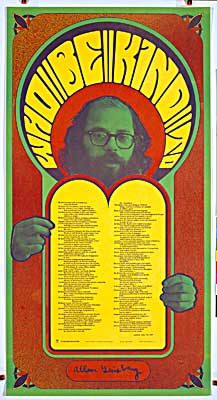 This gathering will mark the end of the exhibition “Poetic Likeness: Modern American Poets,” closing April 28, and will be held in anticipation of the publication of Lines in Long Array: A Civil War Commemoration, Poems and Photographs, Past and Present, to be released this fall (National Portrait Gallery; distributed by Smithsonian Books). The 136-page book contains 12 newly commissioned poems on the Civil War by major contemporary poets. Koethe, Komunyakaa and Muldoon have contributed original work to the publication; they are among the most important contemporary poets now writing in English. Following the event, the poets will sign their most recent books.

The reading and the poets will be introduced by Portrait Gallery historian and curator of “Poetic Likeness” David C. Ward. Ward is also co-editor of Lines in Long Array.

This program is presented in collaboration with the Poetry Society of America and the Library of Congress.

Komunyakaa’s 13 books of poetry include Taboo, Dien Cai Dau, Neon Vernacular—for which he received the Pulitzer Prize, Warhorses and most recently The Chameleon Couch. His many honors include the William Faulkner Prize (Université de Rennes, France), the Ruth Lilly Poetry Prize, the Kingsley Tufts Poetry Award and the 2011 Wallace Stevens Award. His plays, performance art and libretti have been performed internationally and include Saturnalia, Testimony and Gilgamesh. He teaches at New York University.

Muldoon is the author of 11 collections of poetry, including Moy Sand and Gravel, for which he won a Pulitzer Prize. Muldoon has also received the Shakespeare Prize and the Aspen Prize for Poetry. A fellow of the Royal Society of Literature and the American Academy of Arts and Letters, he is also an honorary fellow of Hertford College, Oxford. He is the Howard G.B. Clark University Professor at Princeton and poetry editor of the New Yorker.