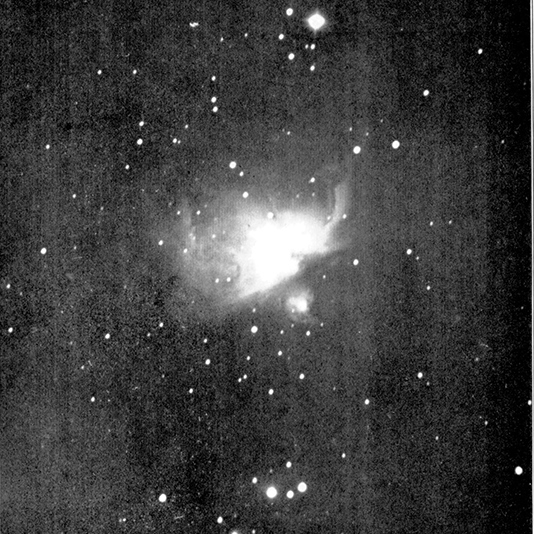 A new citizen-science project will rescue tens of thousands of potentially valuable cosmic images that are mostly dead to science and bring them fully back to life. Called “Astronomy Rewind,” the effort, which launched March 22, will take photographs, radio maps, and other telescopic images that have been scanned from the pages of dusty old journals and place them in context in digital sky atlases and catalogs. Anyone will then be able to find them online and compare them with modern electronic data from ground- and space-based telescopes, making possible new studies of short- and long-term changes in the heavens.

“There’s no telling what discoveries await,” said Alyssa Goodman from the Harvard-Smithsonian Center for Astrophysics (CfA), one of the project’s founders. “Turning historical scientific literature into searchable, retrievable data is like turning the key to a treasure chest.”

Astronomy Rewind (http://astronomyrewind.org) is the latest citizen-science program on the Zooniverse platform, which debuted at Oxford University a decade ago with Galaxy Zoo and now hosts more than 50 active “people-powered” projects across a variety of scientific disciplines. After going through a short exercise to learn what they’re looking for, users will view scanned pages from the journals of the American Astronomical Society (AAS) dating from the 19th century to the mid-1990s, when the Society began publishing electronically. Volunteers’ first task will be to determine what types of images the pages contain: photos of celestial objects with (or without) sky coordinates? maps of planetary surfaces with (or without) grids of latitude and longitude? graphs or other types of diagrams?

The images of most interest are ones whose scale, orientation, and sky position can be nailed down by some combination of labels on or around the images plus details provided in the text or captions. Pictures that lack such information but clearly show recognizable stars, galaxies, or other celestial objects will be sent to Astrometry.net, an automated online service that compares astrophotos to star catalogs to determine what areas of sky they show.

Modern electronic astronomical images often include information about where they fit on the sky, along with which telescope and camera were used and many other details. But such “metadata” are useful to researchers only if the original image files are published along with the journal articles in which they’re analyzed and interpreted. This is not always the case—though it is becoming more common with encouragement by the AAS—so some electronic journal pages will eventually be run through Astronomy Rewind and Astrometry.net too.

Thanks to these human-assisted and automated efforts, many thousands of “new old” images will ultimately end up in NASA’s and others’ data repositories alongside pictures from the Hubble Space Telescope. They will also be incorporated into the Astronomy Image Explorer (http://www.astroexplorer.org), a service of the AAS and its journal-publishing partner, the UK Institute of Physics (IOP) Publishing, and viewable in WorldWide Telescope (http://www.worldwidetelescope.org), a powerful data-visualization tool and digital sky atlas originally developed by Microsoft Research and now managed by the AAS.

The scans of pages from the AAS journals—the Astronomical Journal (AJ), Astrophysical Journal (ApJ), ApJ Letters, and the ApJ Supplement Series—are provided by the Astrophysics Data System (ADS, http://adswww.harvard.edu), a NASA-funded bibliographic service and archive at the Smithsonian Astrophysical Observatory, part of the CfA.

Astronomy Rewind is built on a foundation laid by the ADS All-Sky Survey, an earlier effort to extract scientifically valuable images from old astronomy papers using computers. “It turns out that machines aren’t very good at recognizing celestial images on digitized pages that contain a mixture of text and graphics,” says Alberto Accomazzi (SAO/ADS). “And they really get confused with multiple images of the sky on the same page. Humans do much better.”

Accomazzi’s CfA colleague Goodman, who runs a collaboration called Seamless Astronomy to develop, refine, and share tools that accelerate the pace of astronomical research, helped bring ADS and Zooniverse together. According to Zooniverse co-investigator Laura Trouille (Adler Planetarium), 1.6 million volunteers have made about 4 billion image classifications or other contributions using the platform over the last 10 years. “This isn’t just busywork,” says Trouille. “Zooniverse projects have led to many surprising discoveries and to more than 100 peer-reviewed scientific publications.”

If Astronomy Rewind attracts volunteers in numbers comparable to other astronomy projects on Zooniverse, Trouille estimates that at least 1,000 journal pages will be processed daily. Each page will be examined by five different citizen scientists; the more of them agree on what a given page shows, the higher the confidence that they’re right. It shouldn’t take more than a few months to get through the initial batch of pages from the AAS journals and move most of them on to the next stage, where the celestial scenes they contain will be annotated with essential information, extracted into digital images, mapped onto the sky, and made available to anyone who wants access to them.

“You simply couldn’t do a project like this in any reasonable amount of time without ‘crowdsourcing,’” said Julie Steffen, AAS director of publishing. “Astronomy Rewind will breathe new life into old journal articles and put long-lost images of the night sky back into circulation, and that’s exciting. But what’s more exciting is what happens when a volunteer on Zooniverse looks at one of our journal pages and goes, ‘Hmm, that’s odd!’ That’ll be the first step toward learning something new about the universe.”

Headquartered in Cambridge, Mass., the Harvard-Smithsonian Center for Astrophysics (CfA, https://www.cfa.harvard.edu) is a joint collaboration between the Smithsonian Astrophysical Observatory and the Harvard College Observatory. CfA scientists, organized into six research divisions, study the origin, evolution and ultimate fate of the universe.

The American Astronomical Society (AAS, https://aas.org), established in 1899, is the major organization of professional astronomers in North America. The membership (approx. 8,000) also includes physicists, mathematicians, geologists, engineers, and others whose research interests lie within the broad spectrum of subjects now comprising contemporary astronomy. The mission of the American Astronomical Society is to enhance and share humanity’s scientific understanding of the universe, which it achieves through publishing, meeting organization, education and outreach, and training and professional development.

IOP Publishing (http://ioppublishing.org) provides publications through which leading-edge scientific research is distributed worldwide. Beyond IOP’s core journals program of more than 70 publications, high-value scientific information is made easily accessible through an ever-evolving portfolio of community websites, magazines, open-access conference proceedings, and a multitude of electronic services. The company is focused on making the most of new technologies and continually improving electronic interfaces to make it easier for researchers to find exactly what they need, when they need it, in the format that suits them best. IOP Publishing is part of the Institute of Physics (IOP), a leading scientific society with more than 50,000 international members. The Institute aims to advance physics for the benefit of all by working to advance physics research, application, and education; and engaging with policymakers and the public to develop awareness and understanding of physics. Any financial surplus earned by IOP Publishing goes to support science through the activities of the Institute.

Zooniverse (https://www.zooniverse.org) is the world’s largest and most popular platform for people-powered research. This research is made possible by volunteers -- hundreds of thousands of people around the world who come together to assist professional researchers. Its goal is to enable research that would not otherwise be possible or practical. Zooniverse research results in new discoveries, datasets useful to the wider research community, and many refereed publications.