Robinson Is Currently President of The Graduate Center of the City University of New York
August 21, 2018
News Release 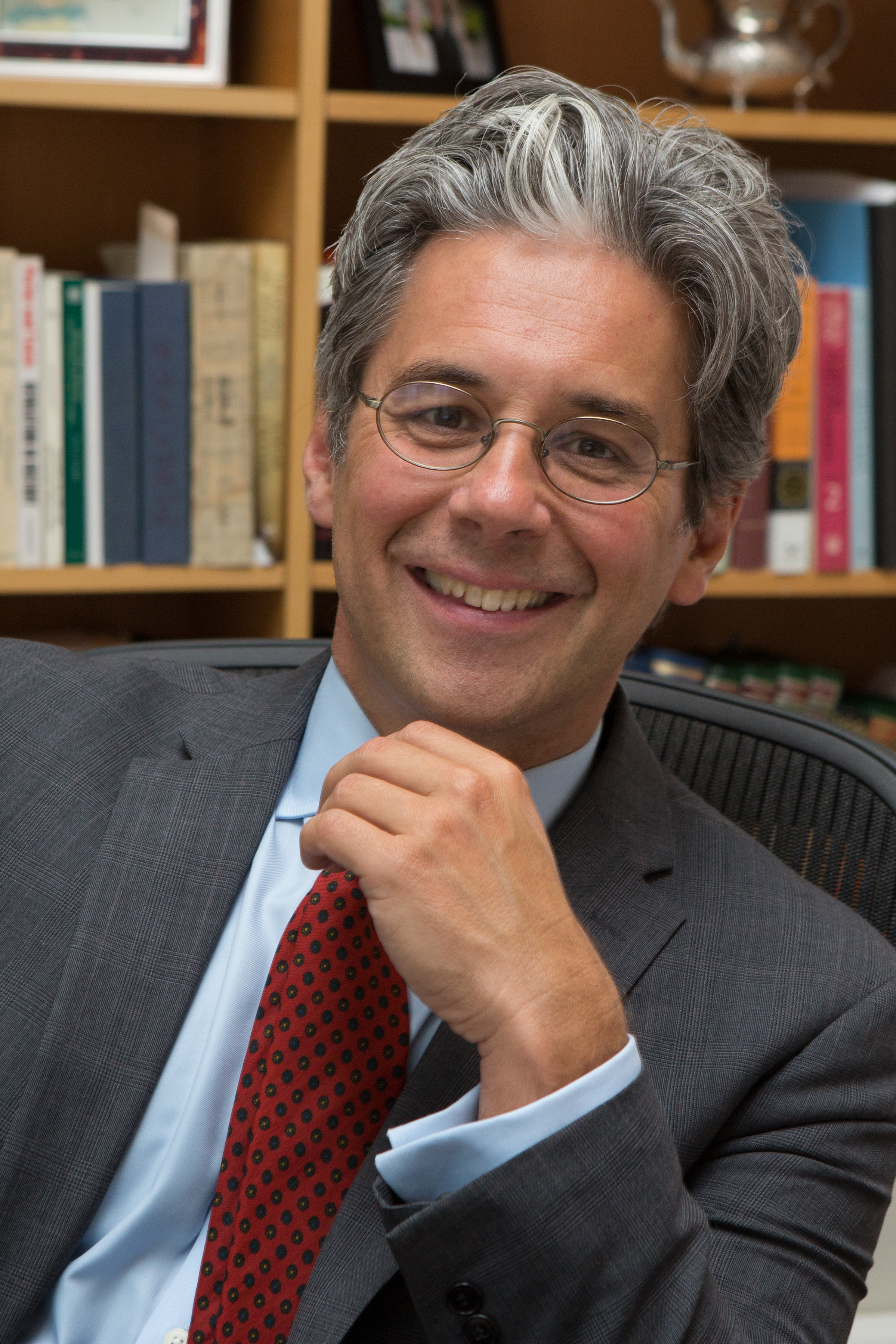 Chase F. Robinson, currently president of The Graduate Center of the City University of New York (CUNY) and distinguished professor of history, will become the Dame Jillian Sackler Director of the Arthur M. Sackler Gallery and Freer Gallery of Art at the Smithsonian. He assumes his new position Dec. 10. Together, the two museums comprise the Smithsonian’s national Asian art museums with a total of more than 41,000 works. As director, Robinson will oversee 115 full-time employees and manage an annual operating budget of $23 million.

Robinson, a highly regarded scholar of Middle Eastern history and culture, has served in leadership roles at The Graduate Center for a decade. He served as provost and senior vice president from 2008 until 2013, when he was appointed president. CUNY is the third-largest higher-education system in the U.S., and The Graduate Center is its hub for research and advanced learning for nearly 4,000 students, including 3,300 students in 31 doctoral programs.

During Robinson’s tenure as president, The Graduate Center made major investments in the interdisciplinary humanities, social sciences and experimental sciences, and established itself at the forefront of digital learning and teaching. He recruited distinguished faculty, including the Center’s first Nobel laureate, put in place partnerships with a variety of institutions in the U.S. and abroad—most recently with the American University in Beirut—and greatly expanded public programming in arts, culture and public affairs. Robinson also led The Graduate Center to its highest levels of fundraising and sponsored research.

“Chase is an outstanding scholar with impeccable credentials and a notable educational leader who recognizes the importance of public institutions in advancing understanding as a widespread civic good,” said Smithsonian Secretary David Skorton. “I am confident he will continue the Freer|Sackler tradition of excellence while using the museums’ world-class collections to provide a broader, finer and keener understanding of Asian art and culture and its connections to our own lives today.”

“In our increasingly globalized and interdependent world, it is imperative that Americans understand the societies of Asia and the Middle East,” Robinson said. “There is no better way to acquire such understanding than through their arts and culture. The collections in the Freer and Sackler galleries, embedded as they are within the encyclopedic resources of the Smithsonian Institution, are extraordinary in their own right and powerful tools for fostering cultural understanding.”

A scholar of Islamic history and culture, Robinson has authored or edited nine books and more than 40 articles that span the geographical and chronological breadth of the pre- and early-modern Islamic Middle East. They include A Medieval Islamic City Reconsidered: An Interdisciplinary Approach to Samarra (2001), Texts, Documents and Artefacts: Islamic Studies in Honour of D.S. Richards (2003) and the first volume of The New Cambridge History of Islam (2010). A recent book, Islamic Civilization in Thirty Lives: The First 1,000 Years (2016) was translated into Arabic and Portuguese. His most recent work is The Works of Ibn Wadih al-Ya’qubi: An English Translation (2017), a co-edited, three-volume set of translations of some of the earliest works of history and geography in Arabic.

About the Search Committee

The search committee was formed in fall 2017 and was headed by John Davis, the Smithsonian’s Provost and Under Secretary for Museums, Education, and Research. Committee members were:

About the Freer Gallery of Art and the Arthur M. Sackler Gallery

The Smithsonian’s Freer Gallery of Art and the adjacent Arthur M. Sackler Gallery, located on the National Mall in Washington, D.C., together comprise the nation’s museums of Asian art. They contain some of the most important collections of Asian art in the world, featuring more than 40,000 objects ranging in time from the Neolithic to the present day, with especially fine groupings of Islamic art, Chinese jades, bronzes and paintings and the art of the ancient Near East. The Freer|Sackler also contains important masterworks from Japan, ancient Egypt, South and Southeast Asia and Korea, as well as the Freer’s noted collection of works by American artist James McNeill Whistler.