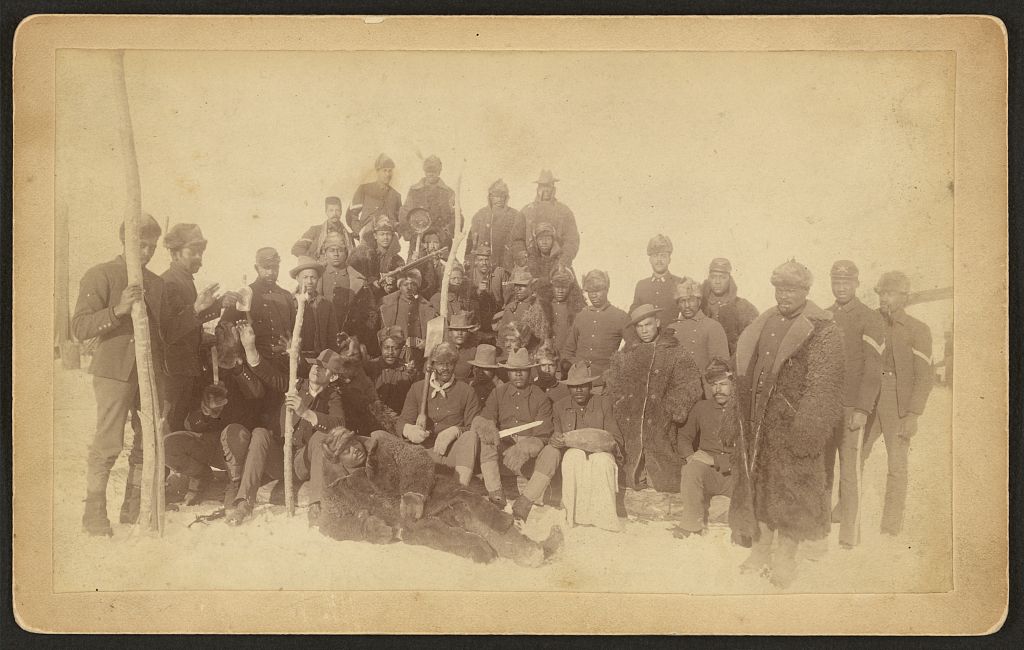 The Smithsonian invites the public to celebrate African American History Month in February through a series of vibrant performances, talks, family activities and exhibitions at its various museums. All programs are free unless otherwise indicated.

The National Museum of African American History and Culture and the National Museum of the American Indian will present “Finding Common Ground” Thursday, Feb. 15, from 3 to 5:30 p.m. This program will focus on the complex, sometimes fraught, history of African and Native Americans and how these intertwined stories have become an essential part of American identity. Speakers will explore how African Americans and Native peoples have energized each other’s movements both historically and in contemporary times. This event will be moderated by Michel Martin, weekend host of NPR’s “All Things Considered,” and will be held in the Rasmuson Theater in the National Museum of the American Indian. Seating will be on a first-come, first-served basis.

The Smithsonian American Art Museum will host “The Resonance of the Archive: The Use of Civil War Imagery in Contemporary Art” Tuesday, Feb. 6, at 7 p.m. in the museum’s McEvoy Auditorium. Deborah Willis of New York University will discuss the exhibition “Kara Walker: Harper’s Pictorial History of the Civil War” and how Walker’s works have stirred controversy for their use of exaggerated caricatures.

The Anacostia Community Museum will host “Wilson Center: History of Place,” a brown-bag lecture Thursday, Feb. 15, at noon. Curator Alcione Amose will lead a discussion on methods of preserving crucial places and stories of African American settlements. The program will be held at the Woodrow Wilson International Center for Scholars at 1300 Pennsylvania Ave. N.W.

On Saturday, Feb. 17, from 1 to 3 p.m., the Anacostia Community Museum will host Derek Musgrove and Chris Myers Asch, co-authors of Chocolate City: A History of Race and Democracy in the Nation’s Capital, to discuss their book, which highlights the city’s local activism. Registration for both of these events can be found at www.anacostia.si.edu or call 202-633-4844.

The Smithsonian American Art Museum will present Bamboozled, Spike Lee’s satirical look at the history of African American stereotypes Saturday, Feb. 3, at 3 p.m. in the museum’s McEvoy Auditorium. Sam Pollard, the film’s editor, and Marcia Chatelain, professor at Georgetown University, will lead a discussion following the screening. This film is rated R, and free tickets are available on a first-come, first-served basis.

The Anacostia Community Museum, in collaboration with WETA TV, will screen Tell Them We Are Rising: The Story of Black Colleges and Universities Wednesday, Feb. 7, at 11:30 a.m. This documentary looks at the role that historically black schools have played in American history in the past 150 years. Registration for this screening is available at www.anacostia.si.edu or 202-633-4844.

Throughout the month, the National Museum of American History will present “The Nation We Build Together,” an interactive play that transports visitors to a nonviolent-protest training session a few weeks after the historical sit-in at the Woolworth store in Greensboro, N.C. The play will be shown at 1 and 2:30 p.m. Fridays–Sundays in February in Unity Square on the second floor of the museum.

The museum will also present “Jazz Cities: Regional Style and Evolution” Saturday, Feb. 10, at 7:30 p.m. in the Hall of Music. The Smithsonian Jazz Master Orchestra will guide audience members on a musical journey across the nation. Seats are $30, and advance purchase is recommended: www.americanhistory.si.edu/Smithsonian-jazz.

The National Air and Space Museum’s Steven F. Udvar-Hazy Center will host “African American Pioneers in Aviation and Space” Saturday, Feb. 10, from 10 a.m. to 3 p.m. At this event, families can listen to inspiring stories of those who have overcome challenges and refused to be hidden figures and participate in hands-on activities that challenge them to be pioneers in space and aviation.

The Discovery Theater in the S. Dillon Ripley Center will present an array of African American History Month programs for kids ages 2–12. Tickets for these programs are $6 for children and $8 for adults. Advanced purchase is recommended: www.discoverytheater.org or 202-633-8700. The programs are:

How Old Is a Hero?

In this interactive play about following big dreams, everyone gets to talk to the President. Recommended for ages 7–12.

A Percussion Party With Uncle Devin

Kids can learn why percussion is the easiest and oldest form of musical creativity and are invited to play a world of percussion instruments. Recommended for ages 2–6.

On Wednesdays throughout the month, the Smithsonian American Art Museum will offer a special tour, “Civil War, Civil Rights, and the African American Experience.” On this tour, American history from the Civil War to present day is seen through an artistic lens. The tour begins at 2 p.m., and groups will meet in the F Street Lobby.

“City of Hope: Resurrection City & the 1968 Poor People’s Campaign” is on exhibit in the National Museum of American History on the Second Floor East Wing. The exhibition, presented by the National Museum of African American History and Culture, commemorates the 50th anniversary of Martin Luther King Jr.’s vision to end poverty in the United States. Newly discovered photographs and archival video footage of Resurrection City, a six-week, live-in demonstration in Washington, D.C., and new oral histories with people who helped organize the Poor People’s Campaign, encourage visitors to explore this important chapter in U.S. history.

“Celebration: Snapshots of African American Communities” is on exhibit at the National Museum of American History in the Lower Level Concourse. Photographs in the exhibition come from collections in the museum’s Archives Center that depict special occasions and everyday life in African American communities.

The National Postal Museum will feature “African Americans in the Postal Service and Philately” online at https://postalmuseum.si.edu/research/topical-reference-pages/african-americans-in-the-postal-service.html.